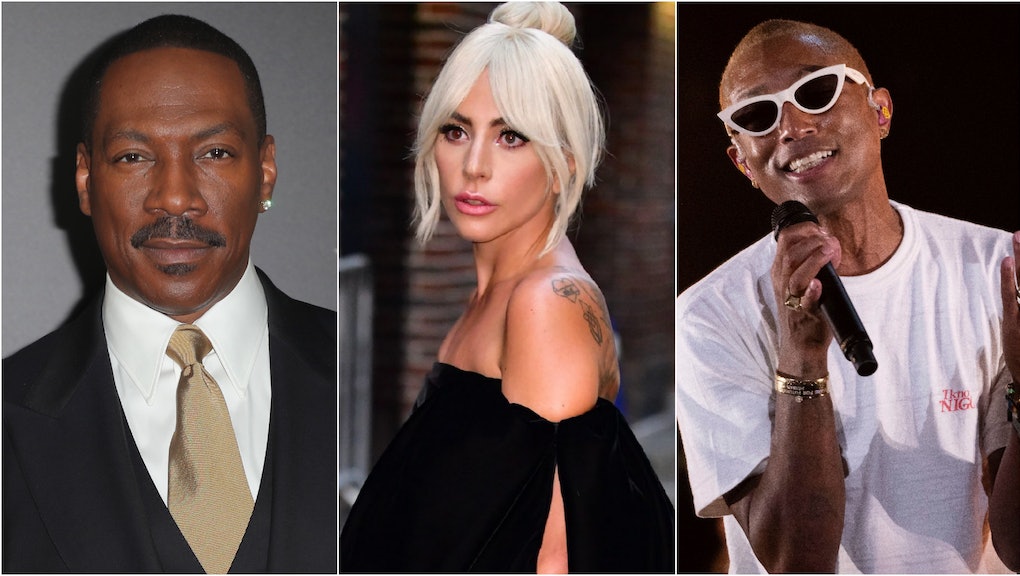 From Pharrell to Eddie Murphy, artists are finally expressing remorse for past missteps

GQ published a thoughtful interview with Pharrell Williams on Monday as the cover story of its “New Masculinity” issue. The 46-year-old rapper-singer-producer was candid about his personal growth in an era of shifting gender politics. Most notably, he acknowledged that the lyrics of “Blurred Lines,” the 2013 Robin Thicke song he co-wrote and is featured on, are indeed "rapey."

The song became notorious for a number of reasons. Critics argued that “Blurred Lines” trivialized the importance of sexual consent. The Daily Beast’s Tricia Romano was the first to dub the song “kind of rapey,” and six years later, especially in the wake of #MeToo, the argument holds up. You only have to look at the lyrics: “I hate these blurred lines / You know you want it […] I feel so lucky / You wanna hug me / What rhymes with hug me?”

Williams told GQ editor-in-chief Will Welch that it was the controversy surrounding “Blurred Lines,” not the #MeToo movement, that really opened his eyes to the perils of toxic masculinity. “I didn't get it at first,” Williams said. He thought women liked the song, “because there were older white women who, when that song came on, they would behave in some of the most surprising ways ever. [...] They would have me blushing,” he told GQ. “When there started to be an issue with it, lyrically, I was, like, What are you talking about?”

The musician said he eventually understood the root of the problem: “I realized that there are men who use that same language when taking advantage of a woman, and it doesn't matter that that's not my behavior. Or the way I think about things,” he said. “I realized that we live in a chauvinist culture in our country. Hadn't realized that. Didn't realize that some of my songs catered to that. So that blew my mind.”

As entertainers and audiences grapple with standards of social justice, a lot of art simply doesn’t hold up to modern sensibilities. Michael Jackson’s entire catalogue, for example, is off-limits for many former fans in the wake of Leaving Neverland. This week, Lady Gaga announced she would re-release physical copies of her third album, Artpop, in early November — omitting the controversial track “Do What U Want” featuring R Kelly, who’s currently awaiting trial on sexual misconduct charges. In January, Gaga pulled the song from streaming platforms and issued an apology for working with Kelly.

Eddie Murphy is atoning for past sins these days, too. He gave an interview to the New York Times in September, ahead of the release of his buzzy film Dolemite Is My Name, and called past jokes about AIDS, the gay community, and women “ignorant.” Watching old standup sets these days makes Murphy cringe. “I was a young guy processing a broken heart, you know, kind of an asshole. [...] I’m mushier than I used to be,” he told the Times.

Celebrities expressing remorse for past missteps is an interesting development in the post-#MeToo reckoning. It sets a precedent for embattled stars like Kevin Hart or even Louis CK to walk back past bad behavior and reframe the way society views them. Times are "woker" than ever, and as Pharrell now sees things, it’s up to men to evolve with them. “I was [...] born in a different era, where the rules of the matrix at that time allowed a lot of things that would never fly today,” Williams said. “Some of my old songs, I would never write or sing today. I get embarrassed by some of that stuff. It just took a lot of time and growth to get to that place,” he added.