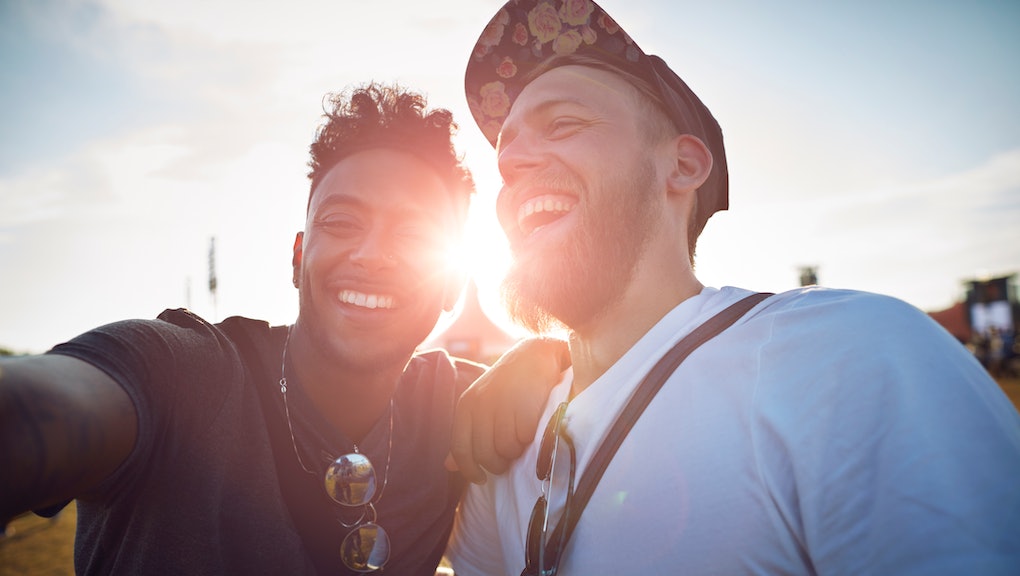 On Feb. 13, women will celebrate Galentine’s Day, a holiday trumpeting the joys of female friendships. The holiday can trace its origins to a 2010 episode of “Parks and Rec,” in which the main character, Leslie Knope, decides that the day before Valentine’s Day should be an opportunity to celebrate the platonic love among women, ideally with booze and breakfast food.

In the years since the episode aired, the fictional holiday has caught on in the real world.

But why hasn’t there been a male equivalent?

If anything, it seems that men should crave such a holiday. As a sociologist who studies gender, culture and politics, I know that men are reporting that they feel increasingly isolated as they age, and that this isolation can negatively affect their physical and mental health.

But it seems that a set of cultural pressures prevent a holiday like “Malentine’s Day” from catching on.

For one, men have more difficulty making and keeping friends as they age. This could be due to the fact that male friendships are often activity-based, with men often bonding while participating in shared social activities, whether it’s playing cards or watching sports. But as men enter the workforce, their availability for clubs, sports teams and social groups ebbs. As they find themselves increasingly focusing on their careers and families, it virtually disappears.

Other men have noted that they’re afraid that close male friendships will be perceived as “girly.” Similarly, openly admitting that you crave close relationships might be seen as weak or needy — the opposite of the stoic male celebrated in American culture.

Whatever the reason, men report that the number of close friends they have shrinks dramatically during middle age. The really bad news for men is that their friendship networks rarely strengthen after the kids are out of the house and they retire.

And a reversal of fortune in men’s friendships seems unlikely. In fact, men seem to be getting more socially isolated over time. Men report having fewer friends in 2004 than they did in 1985.

Friendship out of the spotlight

Even for men that do have a big group of male friends, there seem to be some cultural barriers that prevent the full-throated, public celebration of male affinity and companionship.

One is the cultural expectation that “real men” aren’t supposed to be emotional — something that’s hammered into boys from a young age. So even when men have close male friend groups, a public celebration might be seen as sappy and antithetical to real manhood.

Even men who try to break the mold of gender stereotypes or show that they are in touch with their feminine sides still feel pressured to demonstrate their manhood to others. For example, men can be supportive and caring, but still feel compelled to prove that they are the breadwinners for their families.

This doesn’t mean that men’s relationships are doomed to be shallow. Men often prefer actions over words to signal that they care about someone, and these performances — particularly ones involving friendship and love — tend to be understated. Men might show friends they care by helping them move furniture, or show partners affection by running errands or doing chores around the house.

In other words, the ways men form and celebrate friendship don’t lend themselves well to boozy group breakfasts that can be photographed and liked on social media.

This article was originally published on The Conversation by Deana Rohlinger. Read the original article here.