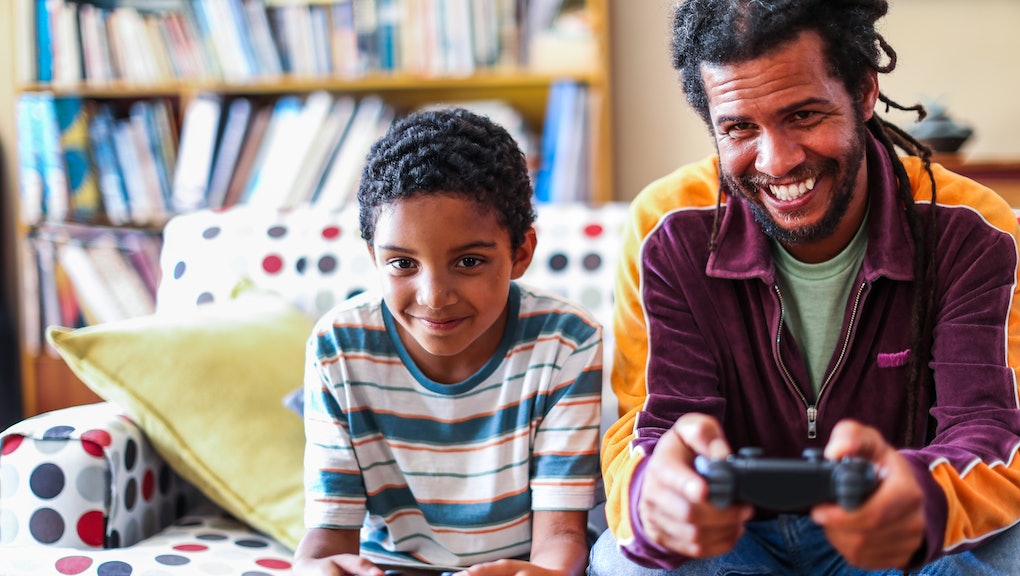 The video game industry is growing, both in profits and who it serves. Consumers spent more than $43 billion on gaming in 2018 in the United States alone, and it's projected they will spend as much as $230 billion by 2022. As the industry continues to grow, it has reached a pivot point — not just in what consoles are coming next, but in who plays and who makes these games. The audience for video games is getting increasingly diverse, but the work force is still lagging behind, according to data published in the annual Game Developers Conference’s (GDC) State of the Game Industry Survey.

Diversity has been a long-standing issue in the gaming industry, which has predominantly been dominated by cisgender white men. A 2018 survey published by the International Game Developers Association (IGDA) found that 74 percent of workers in the industry identify as cis males, 61 percent are white and 81 percent are heterosexual. By contrast, just one percent of survey respondents identified as Black while only 4 percent identified as Latinx. Less than one-quarter of the industry identified as female while five percent identified as trans or non-binary. Just one in five identified as not being heterosexual. Much of these do not line up with the general population, nor the population of people who consider themselves to be gamers. Pew Research found that 19 percent of Latinx people and 11 percent of Black people in the U.S. consider themselves to be gamers. It also found that nearly half of all women surveyed play video games.

While game developers are starting to put a larger emphasis on diversity and inclusion when building their workplaces, they still largely lack urgency and initiative. According to the GDC's State of the Game Industry survey, a plurality of studios — 28 percent — said they had spent no time at all addressing lack of diversity. Only 32 percent said they have spent "a lot" or "a great deal" of time crafting initiatives that would result in a more diverse workplace. Some respondents made claims that diversity programs simply create "quotas" and are to "improve industry/public perception" but don't create the best development teams. Others noted that if they aren't diligent about trying to be diverse with every hire, they end up with "a pile of white dudes."

What is perhaps most disheartening by the lack of effort coming from much of the industry is that studios that do have a diverse workforce consider the initiatives to be a success. GDC found that 96 percent of studios with diversity programs believe those efforts have been at least somewhat beneficial, with 30 percent stating they have been "very successful" or "extremely successful." This is consistent with research that shows that diverse workforces make better decisions, have improved communication among teams and are generally more productive and successful when compared to homogeneous teams.

Many employees of game studios have made it clear that they think diversity would be beneficial to them. According to the IGDA survey, the majority of employees of these companies believe that diversity is important and should be a priority. One way that those employees might be able to exert more power and push for these programs is by unionizing — something that is on the minds of many developers as industry practices continue to stretch the capabilities of labor. According to the GDC study, the majority of game makers think that developers should unionize. Doing so would give them more power to address concerns of diversity, as well as long and arduous hours (most game developers report working well over 40 hours per week, largely because they feel pressured to do so). However, very few people believe that unionization is on the horizon in the industry. Only 23 percent of those surveyed said they believe industry workers will unionize.

Diversity within the workforce has an additional benefit: diversity in games. That is a growing necessity for an industry that increasingly reaches across all demographics and has the ability to tell unique, interactive stories. Historically, there has been a lack of diversity on screen in video games. A survey of gamers conducted by Nielsen in 2015 found that 65 percent of LGBTQ+ gamers feel there is a lack of representation of characters with non-heterosexual identities in video games. Similarly, many minority gamers feel they do not see enough characters who look like them, including nearly half of all Asian-American gamers who said they felt there is a lack of representation in video games. Last year, Currys PC World published a report that looked at characters in video games and found that while there are more experiences represented on screen, the majority of characters still skew white, straight and male. The study found a particular lack of playable characters who are people of color and found that women were often relegated to ancillary roles in most games, though there are certainly some high-profile examples of women-led titles.

One area there is also severely underrepresented, both on screen and in the game development process, is the physically disabled. Currys PC World found that disabilities are often presented in games as something to be "fixed," as if a flaw of the character that has to be addressed. That attitude suggests that many games aren't "for" people with physical disabilities — something that is reflected in how games are made. According to the GDC study, most game studios are not implementing accessibility features into their games that would make it possible for people with physical and sensory impairments or other disabilities to play the titles. Just over one in four game studios are making a concentrated effort to serve this demographic. Those developers often found novel ways to address accessibility issues: in one instance, a studio created a game that could be played with a single digit. Others avoided color-coding information to make vital details of the game easier to understand for those who are color blind. The inclusion of captions for dialogue provides an easy solution for those who have hearing impairments. One studio added a significant number of accessibility features — colorblind modes, the ability to change text sizes — because a member of their staff has a disability and raised those concerns.

As video games continue to grow as a form of entertainment enjoyed across all demographics, the industry needs to make a concentrated effort to catch up. Video games provide an opportunity to present a diverse range of stories and show people experiences that they wouldn't otherwise have. Developers will need to diversify their workforces in order to more adequately tell these stories. There's plenty of motivation to do, including the one thing that typically speaks clearest to corporations: profit. People want to spend money on games, and they want to have characters they can relate to. Serving them those experiences is only going to help the bottom line of these companies. Of course, there's also the fact that it's simply the right thing to do, too.

More like this
The skyscrapers of the future will be made of wood
By Rima Sabina Aouf
Perseverance, the Mars rover, just made oxygen out of carbon dioxide
By AJ Dellinger
Apple is letting Parler return to the App Store
By AJ Dellinger
Stay up to date