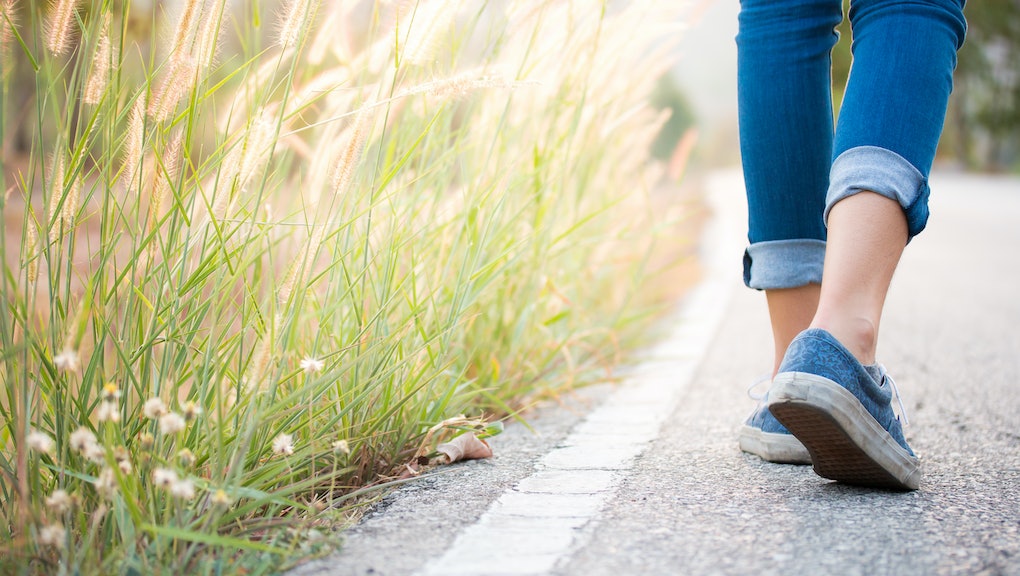 Getting 10,000 steps a day doesn't make you live longer than people who get fewer, says a new study

10,000 steps a day may be the walking goal for many Fitbit enthusiasts, but new research posits that the optimal step count for women is actually significantly less. The Journal of the American Medical Association study, published on May 29, found that women who walked 10,000 steps (or more) a day didn't have a lower mortality rate than those who walked just 7,500 steps each day.

To reach their conclusions, medical professionals recorded the step count of 16,741 women, at an average age of 72 years old. Four years and four months later, the researched looked at the all-cause mortality rates for the women (i.e. how many of them died from any reason during that period of time), and found that women who walked an average of 4,400 daily steps had better outcomes than those who took 2,700 steps. After 4,400 steps, mortality rate continued to decrease until 7,500 steps — after that, there was no notable change.

So that arbitrary 10,000-a-day goal? It might soon be pushed into obscurity. That said, there are, of course, health benefits to walking closer to walking several miles a day, as getting substantial daily exercise has been proven to increase everything from your mood to your flexibility. Yet in terms of lowering mortality rates, at least, it appears that 7,500 is the step number women should strive for if they want to walk their way to potentially longer lives.

The study also looked at how stepping intensity affects mortality rates, but no conclusions were drawn connecting the two, meaning that it doesn't seem to matter whether you walk, run, skip, jog, treadmill or pace your steps, as long as you take them. The study did not explore, however, whether there's any difference in mortality rate for those who do their steps in succession versus those who do them sporadically throughout a 24-hour period, nor did the study provide any information on step counts for men.

Still, the findings are substantial, considering how popular the 10,000 step count goal is with people across the world. According to the study, the official origin of that number is unclear, but a likely guess is that it began with an early version of the pedometer, a Manpo-kei sold in Japan circa 1965, that literally translates to the "10,000 steps meter." Over the years, the increasing popularity of the pedometer — especially once the now-ubiquitous fitness trackers found in smartwatches and smartphones took hold — probably caused 10,000 steps to be seen as an optimal goal, despite it being derived more from marketing than science.

On average, though, Americans take just 4,774 steps per day, which is slightly below the worldwide average of 4,961 steps per day. Yet the study's findings make that seem perfectly OK, at least for women. That should come as a relief to those who find getting in 10,000 steps (roughly five miles, for the average adult) each day daunting or undoable on a regular basis. Fitting in a smaller distance of steps (a little over two miles, or less than an hour's worth of walking each day) is likely far more achievable for many American women balancing work, home life, and many other time-consuming tasks.

With physical inactivity named a global public health problem by the World Health Organization, it's more important than ever for people to be getting in as much exercise as they can. There's no known harm in sticking to the five-figure step count goal if you'd like, but if you do it, just don't expect to live longer than your 7,500-daily-stepping peers.

More like this
This anti-vaxx doctor is seriously telling lawmakers vaccinated people are "magnetized"
By Tracey Anne Duncan
Can CBN help you sleep? The science behind the trendy weed compound
By Melissa Pandika
Magic mushrooms could treat depression better than some medications, a new study suggests
By Melissa Pandika
Stay up to date