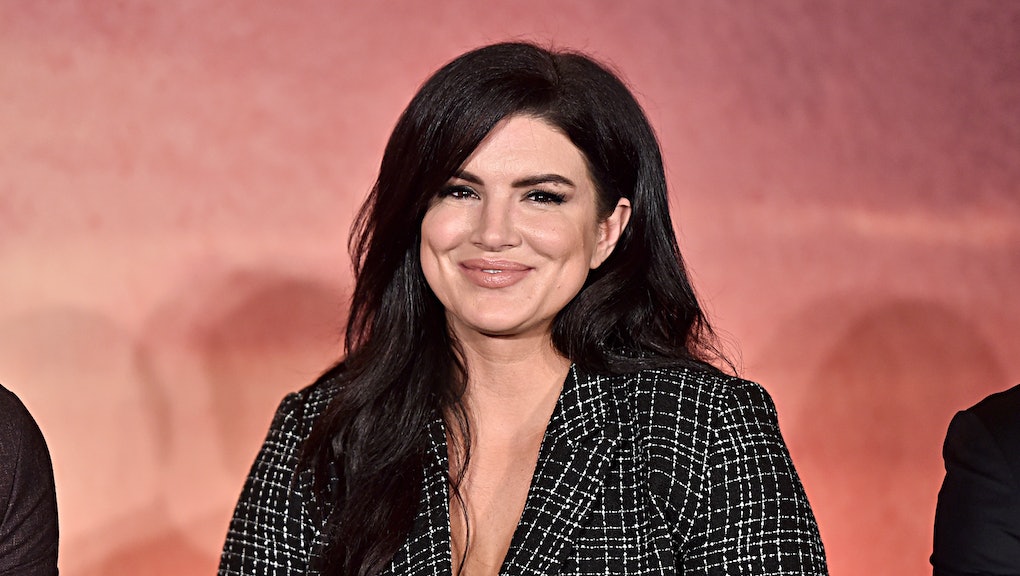 It’s never just the one thing, is it. Gina Carano, the former UFC star and actress, was fired from Disney’s The Mandalorian on Wednesday night, after she posted an Instagram story which compared the plight of Republicans to that of Holocaust victims. Although she removed the offending screenshot from her story, the post still circulated widely on social media, with fans calling to #FireGinaCarano.

The campaign worked, with Lucasfilm issuing the following statement to io9 about her “abhorrent” posts:

“Gina Carano is not currently employed by Lucasfilm and there are no plans for her to be in the future. Nevertheless, her social media posts denigrating people based on their cultural and religious identities are abhorrent and unacceptable.”

Besides her role as Cara Dune on The Mandalorian, she’s presumably no longer going to be involved in the upcoming spin-off Star Wars: Rangers of the New Republic, or any other property at the studio. Although you can already hear the cries of Carano being canceled for just one bad post, the transgressions were piling up long before this week.

She often disseminated election conspiracy theories, mocked COVID mask mandates, made transphobic jokes about pronouns, and a litany of other vitriol that now pervades the mainstream American right. Coincidentally, her last Twitter post before the firing, was an excited GIF about hopping on the Babylon Bee podcast — the right-wing satire site whose main punchline amounts to “lol pronouns”:

It’s hard to imagine that being her only right-wing media opportunity after this debacle, as she becomes martyred as another case of conservatives being pushed out of Hollywood — a myth that's a cousin to the one she shared on Instagram this week. You have your stars like Bruce Willis, Adam Sandler, and Clint Eastwood — all with marginal connection to the Republican Party — who don’t get this fast and loose with the poison, and enjoy lucrative careers. Carano almost certainly still will, too, through less blockbuster avenues than one of TV's biggest shows, now that she's been dropped by the United Talent Agency. But honestly, she fulfilled her acting purpose as a buff killing machine in Steven Soderbergh’s Haywire — it was never going to get any better than that, so now she can get into podcasting or whatever.