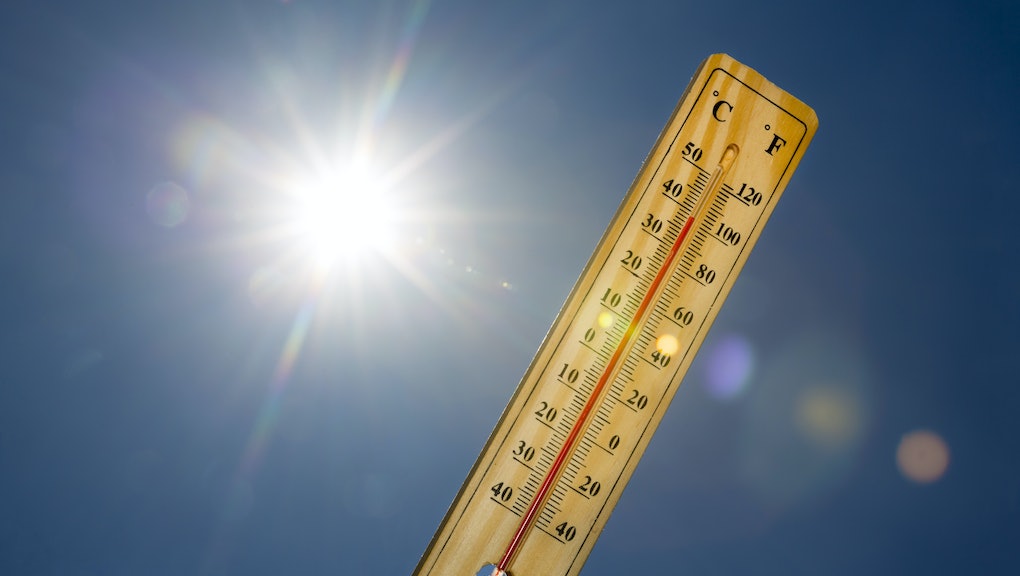 Global warming might have allowed a dangerous fungal infection to emerge

In a paper published in the scientific journal mBio on July 23, researchers proposed that climate change may have played a role in the emergence of a rare but serious, drug-resistant fungal infection. Known as Candida auris, the fungus can cause blood infections and death, according to the Centers for Disease Control and Prevention (CDC). The CDC also reports that 30 to 60% of those infected with C. auris have died, but many of them were already severely ill, rendering them vulnerable.

Indeed, the U.S. National Library of Medicine notes that C. auris infections don't often occur in healthy people. They’re more likely to strike those with compromised immune systems, especially in nursing homes and hospitals, spreading through contact with infected people or surfaces they’ve touched. C. auris often fails to respond to the drugs typically used to treat other types of Candida infections and can be tricky to detect with standard lab tests, per the CDC.

The first documented case of C. auris was an ear infection in Japan in 2009, STAT reports. Since then, C. auris infections have cropped up in numerous countries, including the U.S., where the CDC reported more than 700 cases as of July 12, most of them in New York, New Jersey, and Illinois.

Invasive fungal infections are uncommon in humans. “We think the human body temperature is the main defense against them,” says George Thompson, an infectious disease specialist at the University of California, Davis School of Medicine, who wasn’t involved in the mBio paper. Simply put, the human body, which hovers at about 98 degrees Fahrenheit, is too hot for most fungi, which thrive in cooler temperatures, such as on decaying leaves in the woods.

The researchers noted that C. auris arose on three different continents— Asia, South America, and Africa — all at the same time, which also struck them as odd. Some have blamed the widespread use of fungicides called azoles on a crops, but the researchers wrote that that while this might have made C. auris resistant to azoles, it doesn’t easily explain the fungus’ ability to infect humans. Plus, the regions where azole-resistant Candida species have emerged don’t overlap with those where C. auris infections have appeared.

"You gotta try to think, what could be the unifying cause here? These are different societies, different populations," Arturo Casadevall, a microbiologist and immunologist at Johns Hopkins Bloomberg School of Public Health and study co-author, told The Washington Post. "But the one thing they have in common is that the world is getting warmer."

To evaluate their hypothesis, Casadevall and colleagues compared the temperature tolerance of C. auris to that of closely-related fungal species. They saw that C. auris can grow at higher temperatures than most of its close relatives, which they cited as evidence that the fungus has started to adapt to hotter temperatures, according to NBC.

In the paper, the researchers propose that C. auris initially grew on dead or decaying plants in coastal wetlands. But climate change, which a study cited in the paper notes that coastal wetland plants are sensitive to, may have allowed C. auris to adapt to warmer temperatures comparable human body temperatures. Birds may have then transported the more heat-tolerant C. auris to rural areas where birds and humans often come into contact. Ultimately, human migration from rural to urban areas may have introduced C. auris into healthcare facilities, where the CDC reports the fungus has caused outbreaks.

The researchers pointed to the fact that C. auris was initially detected in the ear and now prefers to colonize the skin as consistent with the notion that the fungus only recently gained the ability to tolerate warmer temperatures. These regions of the body are warmer than a dead or decaying plant, but cooler than, say, the gut or other organs near the body’s core.

Thompson tells Mic that Casadevall and colleagues' hypothesis is consistent with what those in the mycology field (that is, those who study fungi) have predicted. “We had thought that with global warming, these fungi would sort of slowly adapt to that and as they adapt to warmer temperatures in the environment, they can then grow at human body temperatures,” he says. Research has suggested that climate change could also heighten the spread of other infectious diseases, such as mosquito-borne Zika and dengue fever, as well as tick-borne Lyme disease.

But Casadevall and colleagues acknowledge in their paper that while global warming might have played a role in the emergence of C. auris, it “is unlikely to explain the whole story.”

CDC spokesperson Benjamin Haynes agrees. “A number of factors may be contributing to the emergence of C. auris over the past decade, including expansion of industrial farming, warming temperatures, or changes to the fungus itself,” Haynes tells Mic.

Likewise, Thompson calls the paper “hypothesis-generating” rather than conclusive. “We can’t prove a lot of these hypotheses definitively,” he says. And while he expects more fungal infections to emerge over the next decade, whether climate change will be to blame “is going to be tough to piece together.” Although global temperatures are warming, scientists still need to tease apart their role in C. auris infections. Regardless of what they find, climate change has already given us plenty of other reasons to worry.

More like this
What cities will be most affected by climate change?
By Vanessa Taylor
We don't trust our tap water — and it's a big problem
By Asher Rosinger
Scientists can now diagnose depression with a blood test
By Tracey Anne Duncan
Stay up to date