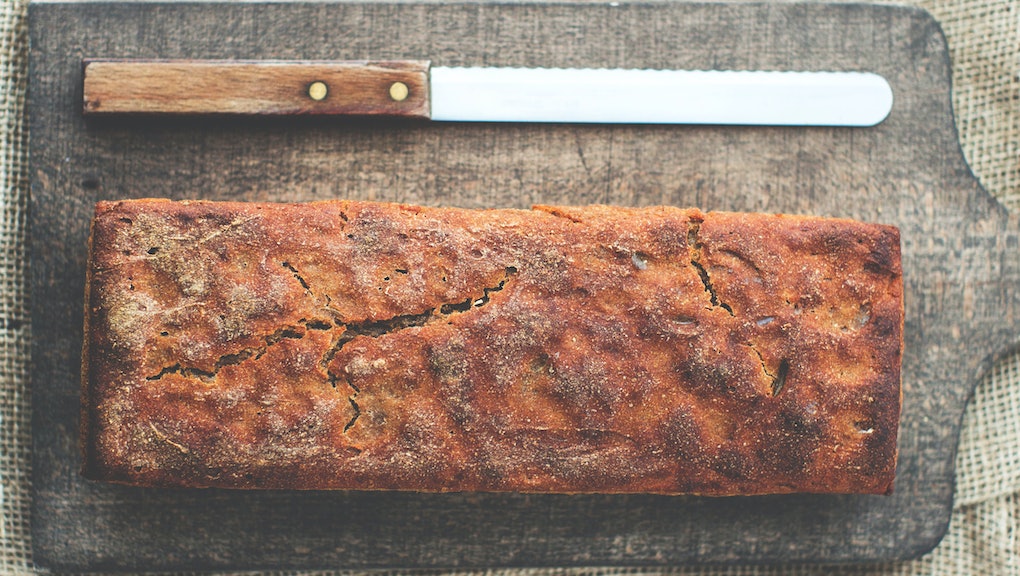 It just makes good business sense. About one in five adults actively works to incorporate gluten-free foods in their meal plans, according to a recent Gallop poll. And one in four believes that going G-free is good for everyone, not just those with health issues like celiac disease, data from market research company NPD Group reveals.

In fact, only a quarter of gluten abstainers say they do it to manage health symptoms. Many cut out gluten to lose weight. Others believe that gluten or wheat is inherently harmful to the body. And some use the fact that Gwyneth Paltrow is a fan of gluten-free diets as reason enough. Mhm.

So, scrolling past the click-bait headlines and GF fad diets, what's gluten-free eating really all about? And, in the end, will it help or hurt your health? We scoured the studies and tapped top nutrition and gluten experts to answer your biggest gluten-free questions.

Gluten is the name for naturally occurring proteins in wheat, barley and rye, but there's no end to the list of foods that contain gluten. Breads, pastas, beer, salad dressings, soy sauce... even some vitamins, supplements, and lip-glosses contain gluten. That's because gluten acts as a sort of edible super glue, holding the ingredients in foods together and giving them their shape and consistency, according to Vandana Sheth, a registered dietitian nutritionist and spokesperson for the Academy of Nutrition and Dietetics, said in an email. You know how fluffy and awesome bread is? You can thank gluten for that. Plus, since wheat gluten is, by definition, protein, it's used to make seitan, vegetarian faux meat that rivals the protein content of any real meat.

Gluten-free eating plans were originally hatched to help those suffering from celiac disease. Both a food intolerance and an inherited autoimmune disorder, celiac is caused when the body's antibodies attack the small intestine in response to gluten. According to Dr. Jacqueline Jossen, a gastroenterologist at the Icahn School of Medicine at Mount Sinai in New York City, the intestine becomes damaged, and symptoms ranging from stomach woes to poor nutrient absorption, malnutrition, as well as osteoporosis and anemia can result.

"For those with Celiac disease, maintaining a gluten-free diet is the only current treatment," Jossen said in an email. "Eliminating gluten results in the healing of intestinal damage and helps ensure optimal nutrient absorption. It also improves a variety of symptoms that can be present, including but not limited to abdominal pain and diarrhea."

3. What about gluten sensitivity?

Celiac disease aside, there's also gluten sensitivity or intolerance to consider, which, yes, experts believe really is a thing — and one that also warrants gluten-free eating. In fact, when Swedish researchers followed more than 45,000 people from 1969 to 2008, those who had symptoms of gluten intolerance that were not specifically celiac disease had an increased risk of dying during the study period.

Lastly, some people are allergic to wheat, which just so happens to be a common source of gluten. In those with wheat allergies, consuming wheat-containing breads, pastas and other foods can cause rashes, itching, wheezing and even potentially fatal anaphylaxis, according to the American College of Allergy, Asthma & Immunology. However, in case you're wondering, there is no such thing as a "gluten allergy," according to the College.

4. How common are these gluten and wheat issues?

Not very. Celiac disease affects less than 1% of the U.S. population, according to a consensus statement from the National Institutes of Health. And while about 6% of Americans (that works out to about 18 million people) may have non-celiac gluten sensitivity, according to research from the Center for Food Safety and Applied Nutrition at the U.S. Food and Drug Administration, 0.4% of American adults report having been diagnosed with a wheat allergy.

However, a lot more people seem to think they have issues digesting gluten and wheat. Ask any person who actually has it, though, and you'll learn that it's nothing to wish for. In one 2015 study in the journal Digestion, 86% of people who thought that they had issues with gluten did not have celiac disease, gluten intolerance or wheat allergies.

"There is no evidence that the simple act of eliminating gluten from the diet itself causes weight loss," Jossen said. "To the contrary, many gluten-free substitutes are higher in sugar and fat than their gluten-containing counterparts." In fact, 2014 research published in the Journal of Medicinal Food suggests that people with celiac who follow a gluten-free diet are at a greater risk of obesity than are those who embrace wheat.

That's because, when food manufacturers remove gluten from their recipes, they have to do something to prevent a distinctive cardboard taste and texture. So what do they do? Typically, it involves adding more sugar, fat, sodium and chemical fillers, Sheth said.  Not exactly what you want from your so-called "health" foods.

However, it's worth mentioning that munching on gluten-free cookies, breads, pastas and chips is different from substituting heaping extra-large bowls of gluten-packed fettucini alfredo for naturally gluten-free salmon and veggies. "I think the key is what people are choosing to eat instead of gluten," Jossen said. As a rule of thumb, always go with whole foods.

"In my practice, when patients voluntarily go gluten-free they often eat better because they are doing more cooking at home, less snacking on processed foods and they will typically eat more fruits and vegetables," Bethany Doerfler, a clinical research dietitian with the Division of Gastroenterology at Northwestern Medicine, said in an email. The result could include weight loss.

6. Is there any downside to cutting gluten?

The answer is yes. "When you avoid an entire food group, you automatically run the risk of missing key nutrients," Sheth said.

For instance, Doerfler noted that wheat is an excellent source of folic acid, magnesium, iron and fiber. Many wheat products are fortified with B vitamins and extra iron (deficiencies in the latter are common). However, gluten-free foods that contain refined rice or potato flours are often missing these essential nutrients, and without wheat, getting enough of these nutrients can prove challenging.

That's why doctors and dietitians work closely with patients who are diagnosed with celiac disease and other gluten or wheat issues, in order to to ensure a well rounded diet and that nutrient deficiencies exist, Jossen said.

7. How can I find out if I need to go gluten-free?

This isn't something to self-diagnose. Go to your doctor. "The first step to determining whether you have celiac or non-celiac gluten sensitivity is through a panel of blood tests," Sheth said. Depending on the results, your doctor may refer you to a gastroenterologist for further testing, possibly including an endoscopy or intestinal biopsy.

And even if you are pretty sure that you have an issue with gluten, don't eliminate it from your diet until after you get a sound diagnosis. Avoiding gluten prior to testing can interfere with test results so that your gut looks gluten friendly even if it's not, she says.

If your results do come back indicating celiac disease, gluten intolerance or a wheat allergy, your best bet is to meet with a registered dietitian or nutritionist to help you figure out how to get all of the nutrients you need on a gluten-free diet, Doerfler said. And if the results come back negative, do a happy dance that you don't have to ditch bread.

This article was originally published on Aug. 10, 2016