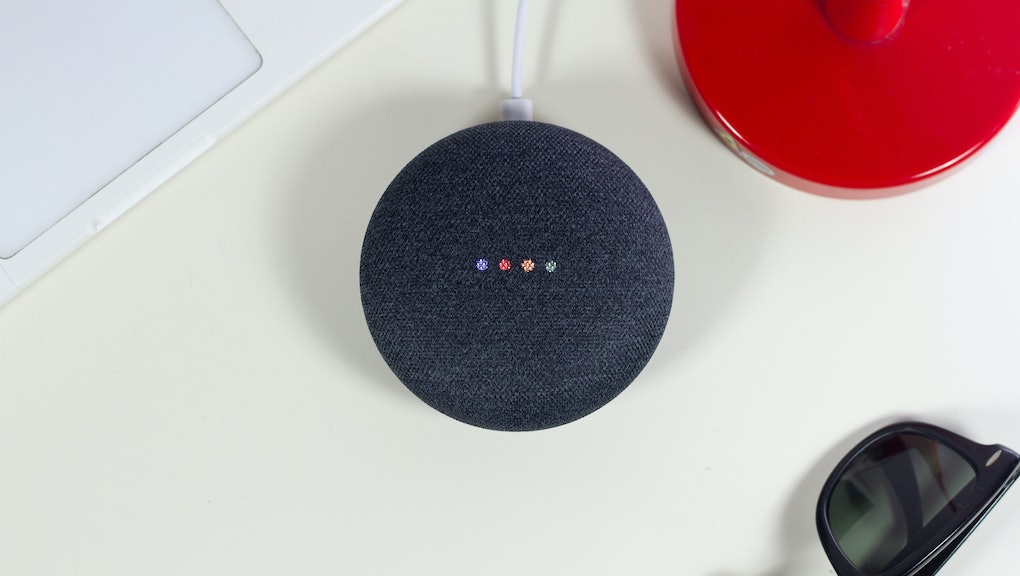 Google Assistant leak confirms that recordings are listened to by employees

At this point, it probably shouldn't come as a surprise when we learn that the technology we interact with on a daily basis isn't as private as it seems. Still, it's always disheartening to learn that there's someone accessing your information to whom you didn't explicitly give permission. Google admitted this week, following a report from Belgian public broadcaster VRT NWS, that it uses human employees to listen to and review recordings from Google Assistant That means any time you speak to Google's AI, whether it's on your phone or your smart speaker, there's a chance that someone else hears it.

To be clear, Google claims that only a small fraction of interactions with its voice assistant are reviewed by humans. Just 0.2 percent of audio snippets are listened to by "language experts," per the company, and those recordings aren't associated with user accounts. Google says that when a reviewer listens to a recording, they are instructed only to focus on the parts that are directed to the voice assistant and ignore any conversation happening in the background — but it's not clear if there is any sort of mechanism in place to make sure the listeners follow through on that requirement.

What has been made clear by the VRT NWS report is that whatever practices Google has implemented for protecting recordings from Google Assistant, it isn't enough. The news organization was able to get its hands on more than 1,000 audio clips captured and reviewed by Google and play them for the people who were being recorded. Google confirmed that one of its language reviewers "violated our data security policies by leaking confidential Dutch audio data." Google said that it is reviewing its policies and investigating the situation to figure out how it can prevent these issues from happening again in the future.

In terms of worst-case scenarios, the Google leak is up there. It is troubling enough to learn that your conversations with Google Assistant may land on human ears at some point. While the company's terms of service allow for this, it's never made explicitly clear to users unless they comb over the extensive agreement put in front of them before they are allowed to start using the voice assistant. To then find out that the employees handling those recorded conversations may be acting recklessly in how they handle the information should raise even more red flags. While Google may anonymize the account information associated with a recording, conversations with voice assistants are often revealing of potentially identifiable information. Common questions that people pose to smart speakers and AI assistants on phones often include information like the names of contacts, local weather reports, questions about nearby businesses, details about a person's schedule and other information that could potentially be used to piece together a picture of a person's life. These are also the types of recordings that likely interest Google the most: ones that feature a person pronouncing specific names of people or cities or businesses that can be used to better train the AI to understand them.

Google isn't alone in its practice of capturing and reviewing audio recordings from its voice assistant. Amazon does this too with its popular line of Alexa devices. A report from Bloomberg earlier this year first highlighted the practice, and Amazon also essentially waived off the reports by noting that only a small number of recordings are actually reviewed. While Amazon also claims to strip audio clips of any personal information from a user's account, it was later revealed by Bloomberg that reviewers could access location data that could be used to pinpoint a person's home address.

Google and Amazon have a legitimate reason for wanting to review audio recordings. It's one of the more effective ways to see how well their respective voice assistants are performing and learn how to improve them. The millions of people who use voice assistants on the regular provide a massive data set that can be used to fine-tune these systems. The problem is that those users are not explicitly consenting to the practice. Sure, the terms of service —a document that is meant for lawyers to read, not the average person — makes mention of it, but basically no one reads those agreements. A survey conducted by Deloitte in 2017 found a whopping 91 percent of consumers admit to agreeing to terms and conditions without reading them.

Another thing that consumers are likely not aware of is the fact that their conversations with voice assistants are saved indefinitely unless they specifically choose to delete them. In a letter sent last week to U.S. Senator Chris Coons of Delaware, Amazon admitted that it holds on to every conversation a person has with Alexa unless they specifically choose to delete them. Even then, there are exceptions: Amazon won't delete recordings of transactions made through Alexa and may allow third-party developers to retain some records, as well.

It's not much, considering the recordings may still be listened to by reviewers, but you can delete the recordings of your conversations with Alexa and Google Assistant.

How to Delete Amazon Alexa recordings

To delete all of your recorded conversations between you and Alexa, you will have to log in to your Amazon account and visit the Alexa Privacy Settings. It isn't particularly easy to find. Once you are signed in, click on Your Account, then the All Things Alexa option. Find Alexa Settings and Controls and scroll down to the "Built to protect your privacy" header. Here, you'll be able to navigate to the Alexa Privacy Settings.

Once in the Alexa Privacy Settings, find the Review Voice History option. This lets you view all previous conversations you have had with Alexa and gives you the option to delete them individually or all at once by selecting Delete All Recordings for All History. From this menu, you can also enable deletion by voice, which will delete the last thing you said by stating, "Alexa, delete what I just said."

How to Delete Google Assistant recordings

To delete any recorded conversations with Google Assistant, you'll need to login to your Google account and navigate to the Data and Personalization menu. Navigate to Activity Controls and find the Voice and Audio Activity option. From here, you can turn off the ability for Google to store this information from your account. Click on Manage Activity to view all previous recordings captured by Google Assistant. You can delete these recordings by clicking the trash can icon next to them.