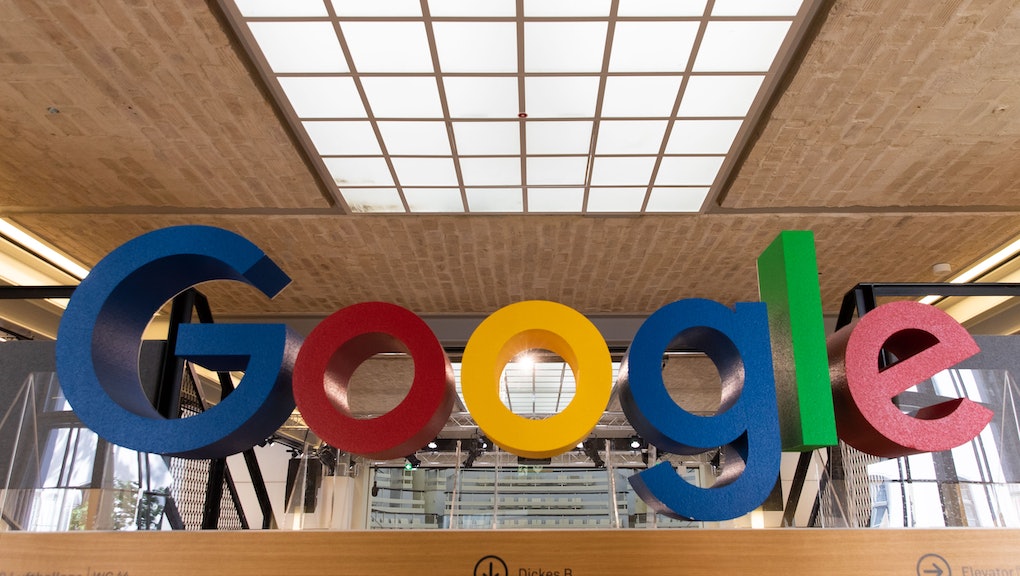 Google is becoming the latest tech company to invade the financial services industry. According to a Wall Street Journal report, the company is readying an effort to launch Google checking accounts. Is the move anything more than a shameless attempt to grab data directly from your bank account rather than buying it through third-party brokers? Probably not. But Google's interest in banking follows that of other tech giants who are slowly but surely inserting themselves into the old, reliable industry in a way that carries little risks but lots of rewards.

Details on Google's actual plans for the checking account are pretty sparse at the moment. According to the WSJ report, the so-called "Cache" project will be launched in partnership with Citigroup and Stanford University credit union. The accounts will be branded with those banks, and they will be tasked with actually handling people's money and making sure the whole thing complies with all of the state and federal regulations required of financial institutions. Google is keeping its actual role pretty vague. Caesar Sengupta, the vice president of product management at Google, told WSJ that the company will "help more people do more stuff in a digital way online," which honestly tells you exactly zero useful information. It's basically, "We are Google, we are good at the internet, trust us here."

You should, of course, be at least a little bit skeptical. Google will almost certainly build a good, functional interface for its checking account and make it easy to make purchases and be considerably less clunky than most of the slow, bad interfaces that banks rely on. That's all well and good, there is certainly value to convenience — even if it is making it more convenient to part with your money. But you might not want to trust Google — and for good reason. The company has recently been making a push to collect medical records despite a history of mishandling that data as well — failing to anonymize patients in a way that protects their identities. The company wants all the information it can get its hands on, even if it's not fully capable of actually handling that data properly.

Getting into banking is about the most transparent attempt to get its hands on consumer data. According to a Bloomberg report last year, Google has been spending millions of dollars to get its hands on credit card transactions from companies like Mastercard. Inserting itself into the actual banking process cuts out the middleman entirely and gives Google direct access to how people are spending and managing their money. Google has been claiming that it has no interest in selling checking account financial data to advertisers doesn't currently use data from its Google Pay service for advertising purposes. "Doesn't currently" is doing some heavy lifting there, and Google doesn't need to sell data to advertisers to capitalize on consumer spending habits, seeing as it has its own services like Google Shopping that it may want to market to those users.

Most importantly for Google, the world of finance is incredibly boring — and boring is often consistent. According to JD Power's 2019 U.S. Retail Banking Satisfaction Study, only four percent of consumers decided to switch banks in 2018 — the lowest level ever recorded by the researchers. That's certainly not because people actually like their bank. A 2017 conducted by ConsumerProtect.com found that complaints about financial institutions have been climbing steadily for more than half a decade. Instead, people just don't really like interacting with their bank much. For the average American, their paycheck is deposited into their account and they use that money to get by for as long as they can. A CareerBuilder survey found that as many as 78 percent of Americans live paycheck-to-paycheck, which means operating a checking account gives Google the ability to see exactly where the vast majority of your spending is happening — and odds are good that people who open that account won't be ditching it any time soon.

Even better for Google, it bares basically none of the responsibility of the tricky financial regulations — a trend that has become commonplace for tech companies dipping their toes into the financial sector. For Google, they'll pass the buck to Citigroup to handle the regulatory aspects. Apple launched its first credit card earlier this year, and it's essentially just a card issued by Goldman Sachs presented in Apple wrapping paper. When Apple got accused of discriminatory practices in issuing its credit cards, it was Goldman Sachs that had to answer for it. Uber announced its intentions to get into banking this year, too, with backing from Barclays and Green Dot — two firms that already have a foothold in the financial business. These companies are lending their names to products that are run by existing financial institutions and reaping the data-rich rewards.

More like this
I watched Spike Lee's cryptocurrency ad so you don't have to
By AJ Dellinger
QAnon queen Marjorie Taylor Greene got suspended from Twitter for spreading coronavirus misinformation
By AJ Dellinger
For a blessed 11 minutes, Jeff Bezos was not on Earth. Here's what he missed
By AJ Dellinger
Stay up to date