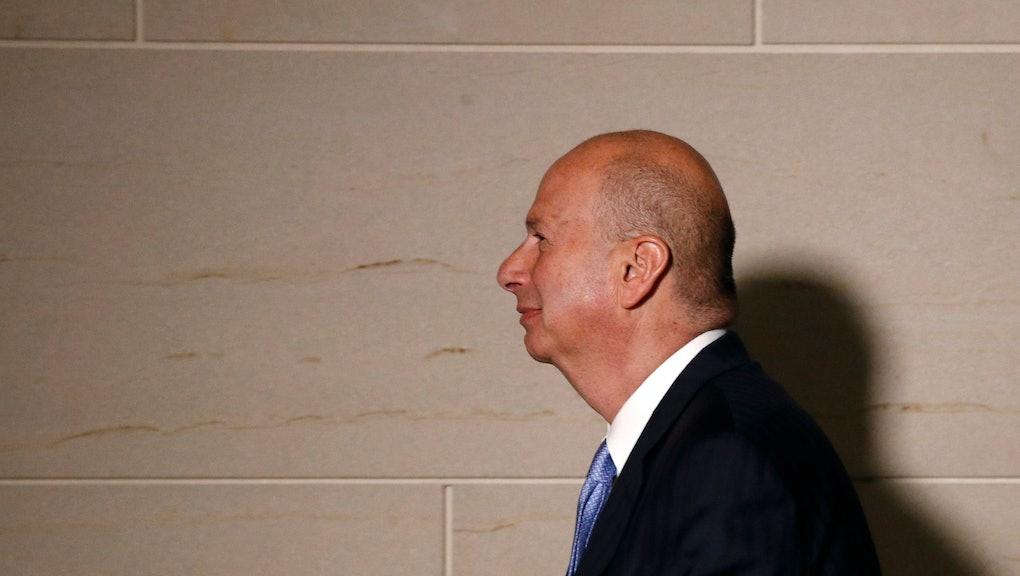 The White House arranged a quid pro quo with Ukraine, in which congressionally appropriated military aid was conditioned on the country publicly announcing investigations of President Trump’s rivals, according to new testimony from an important witness. Ambassador Gordon Sondland, the United States envoy to the European Union, told the House in newly updated testimony Tuesday that he was personally involved in arranging the quid pro quo that is at the center of the impeachment inquiry into Trump. The testimony was an addendum to the 10-hour interview Sondland sat for last month. Previously, he had not directly acknowledged the existence of the quid pro quo, but he confirmed the arrangement in the newly released pages, explaining that he had told the Ukrainians that they needed to launch the investigation into Vice President Joe Biden and his son that was being pushed by Rudy Giuliani, Trump’s personal attorney.

In an early September text message, Sondland told Bill Taylor, the top U.S. diplomat in Ukraine, that Trump was “clear” about the lack of a quid pro quo. Now, though, he’s explained that he was just repeating to investigators what the president told him — not necessarily what he himself believed. In the new testimony, Sondland described how he knew by the time he sent that message to Taylor that the military aid actually was conditioned on investigations. He additionally said that on Sept. 1, he told Andriy Yermak, a close advisor to Ukrainian President Volodymyr Zelensky, about the connection between the aid and the investigation.

“I said that resumption of the U.S. aid would likely not occur until Ukraine provided the public anticorruption statement that we had been discussing for many weeks,” Sondland testified in the Tuesday update, referring to Trump’s oft-touted “corruption” reason as the excuse to investigate the Bidens. As a Trump donor and political appointee, Sondland’s revisions are a huge undercutting of Trump’s consistent defense that there was “no quid pro quo.”

In his new statements, Sondland explained that reading the testimony from others involved in the scandal, including Taylor and Tim Morrison, had “refreshed [his] recollection” as far as the quid pro quo. His earlier interview with the House had left ambiguous whether or not he knew that the aid was conditioned on the investigation, though skeptical Democrats pointed out how improbable it was that Sondland’s memory of events was genuinely so incomplete.

With Tuesday’s update, Sondland left no room for debate. “I presumed that the aid suspension had become linked to the proposed anti-corruption statement,” Sondland said.

On Tuesday, the House impeachment team also released a transcript of its interview with Kurt Volker, the former special envoy to Ukraine, as the inquiry begins its public phase this week. Notably, Volker said that the Ukrainians “asked to be connected” to Giuliani as a way of getting information to Trump — specifically outside of official channels. That’s a possible indicator of how closely Giuliani’s actions mirrored the wishes of the White House, despite the fact that the former New York City mayor has no official government role at present.