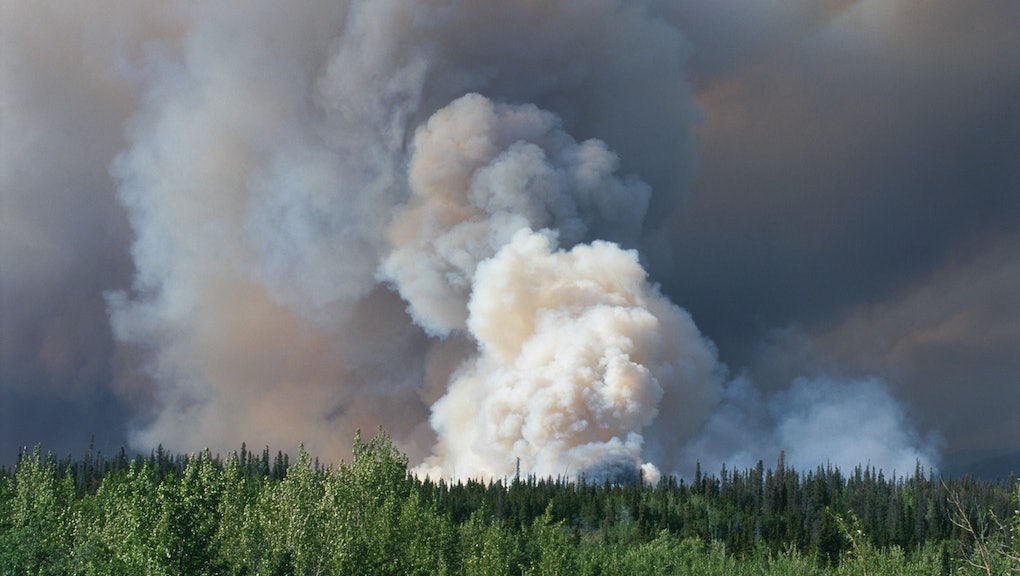 Climate change is changing the planet in weird ways. While zombies are still relegated to the world of science fiction and the Earth is unlikely to turn into the extended Walking Dead universe any time soon (as far as we know), zombie fires are starting to crop up across the Arctic. For years, scientists have observed and theorized the existence of these blazes that come back year after year, causing damage to the ecosystem of once reliably frozen parts of Earth. Now, thanks to a new study published in the journal Science, we know that zombie fires do in fact exist — and we have a better idea of how they are affecting the planet.

Zombie fires are exactly as the name suggests: fires that just keep coming back and seemingly are not killed by the natural means that would typically stifle the flames. These fires tend to burn during the normal fire season, but then exhibit what researchers referred to as overwintering behavior — basically, going dormant and waiting out the winter before re-emerging again when conditions are more favorable. To do this, the fires continue to quietly smolder as the months grow colder, staying low under the cover of peat and other soil. As things start to warm up in the spring, the fire finds more food, and the flames reignite.

Scientists have had a pretty good idea that this was happening, as fires seemingly kept igniting in the Arctic. Last year, some particularly devastating wildfires in Siberia caught the attention of observers who worried that these holdover fires that stick around through the winter would make upcoming wildfire seasons worse. With that in mind, researchers examined fire seasons in two forests — one in Canada's Northwest territories, and one in Alaska — between 2002 and 2018. Using satellite images, historical data, and an algorithm that helped to detect conditions and evidence of zombie fires, the researchers were able to identify wildfires that came back after the winter. These fires tend to start earlier in the season, igniting as the weather warms and vegetation dries out, instead of needing a new spark in the form of a lightning strike or another initiator.

While over the course of the full period studied, zombie fires were only responsible for about 1% of the total area burned, there were years that the returning fires were responsible for a significant portion of the total damage — as much as 40% of all area burned in some years. More troubling, though, is the contributions to climate change that these fires make. Over the course of the 16 years examined, zombie fires in just the two regions studies were responsible for contributing 3.5 million metric tons of carbon emissions. While it's just a fraction of the total emissions caused by fires that burn in the Arctic during summer months, researchers warned that it is a growing percentage — and that it could get worse as the planet warms.

Odds are, zombie fires aren't going anywhere. One of the things that enables their ability to hang on through the winter is the fact that the planet is warming. This means even in the winter months, these areas aren't getting cold enough to completely smother these flames, which weakens the Arctic's best defense against wildfires. The Arctic is warmer than it has been in the last 3 million years, and is warming at twice the rate as the rest of the planet. That is what's keeping these zombie fires around, which in turn contribute to the planet's continued warming. It's seeming like we're gonna need more than Rick Grimes to solve this one.

More like this
Nearly 40% of heat-related deaths are directly due to climate change
By AJ Dellinger
Another reason to legalize weed: It'll be better for the environment
By AJ Dellinger
The G7 countries promised to go green, then poured money into fossil fuels instead
By AJ Dellinger
Stay up to date