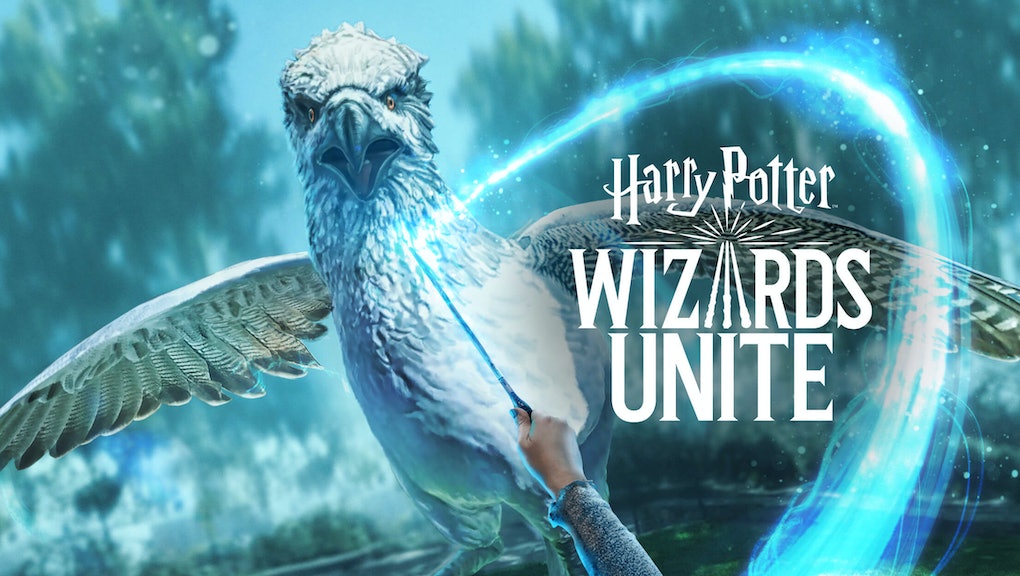 The wizarding world will be one step closer to muggles thanks to the augmented reality (AR) technology used for the upcoming mobile game, 'Harry Potter: Wizards Unite.' Developed by Niantic Labs, the same company behind 'Pokémon GO,' this mobile game will utilize AR in similar ways to turn real life locations into secret pockets of magical encounters filled. There will be magical beasts, Portkeys that take you to places such as Ollivander’s Wand Shop, and Wizarding Challenges the place you in the middle of a duel.

Although Harry Potter: Wizards Unite does not have a set release date, the game is due to arrive on mobile phones later this year. Fans in Australia and New Zealand can play a beta version of the game right now.

What we know about Wizards Unite will probably excite any Harry Potter fan. Players are wizards and witches who have heeded the call for assistance by the Statute of Secrecy Task Force. In a recently released trailer, titled "Calling All Wizards," the task force has sent out an emergency broadcast that asks for help from wizards all over the globe to keep the wizarding world from revealing itself to non-magical humans — known, of course, to British wizards in Harry Potter as "muggles." The trailer shows examples of these reveals, such as a storekeeper fighting with an aggressive Monster Book of Monsters and a Hippogriff flying through the skies in Japan. As entertaining as these images are, the announcement demands these encounters to be contained as they are a danger to both worlds.

According to GamesRadar, which had a brief opportunity to play the game early, Wizards Unite will be more of a role-playing game (RPG) than Pokémon GO. Players will have unlockable skills and professions they can choose as a specialty. The Wizards Unite website lists these professions as "Aurors, Magizoologists, and Professors" who will "each have their own unique skills and abilities that will come in handy at different times." These specialties make for a variety of challenges and strategies that will come into play when you team up with others during game events.

Players will also be able to customize their main character by using their own picture, picking out a wand, and choosing a Hogwarts house. It's similar to picking a team in Pokémon GO, though the significance of the houses, i.e. whether there will be competitions against each other or not, will likely be revealed as Wizards Unite progresses.

Other aspects of gameplay seem to take advantage of AR in a very integrated way that turns locations into wizard inns and businesses where players can stop to recover their energy for more spells. The Wizards Unite website also mentions the ability to brew potions using ingredients you find on your map. These ingredients can vary depending on the date, time, weather, and even the moon cycle.

Harry Potter: Wizards Unite looks to be a mobile game that strives to integrate as much of the magical world into the real world as possible, and the developers are already trying to show the large amount of playable content that will be available right off the bat. This is good news for fans who have been eagerly waiting for a chance to finally show off their wizarding skills.

Harry Potter: Wizards Unite is planned for release in late 2019. A test version is currently available to users in Australia and New Zealand.