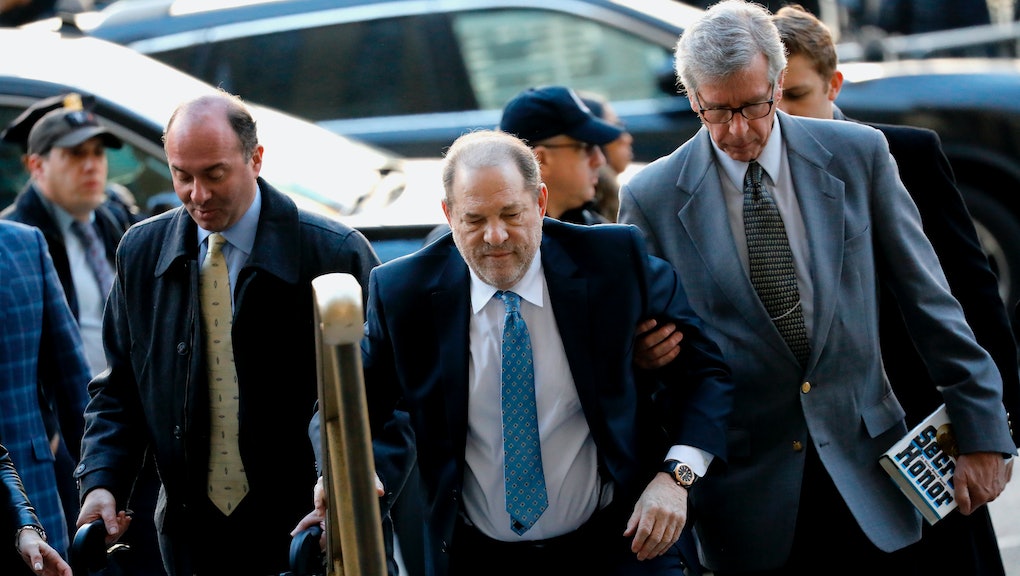 More than two years after sparking a worldwide reckoning on sexual assault, Harvey Weinstein, the powerful Hollywood producer who became the subject of a cascade of sexual assault allegations, has been found guilty of criminal sexual act in the first degree and rape in the third degree by a 12-person jury in New York.

For the past several weeks, Weinstein has been on trial where he faced five charges stemming from a bombshell series of allegations first made public in The New Yorker. Weinstein's charges in New York, some of which carried a life sentence, are in relation to three instances: his alleged rape of an aspiring actress in 2013; a 2006 incident with his production assistant Mimi Haley, in which she alleges Weinstein forcibly performed oral sex on her at his New York City apartment; and a similar incident in the mid '90s involving Sopranos actress Annabella Sciorra.

According to the Los Angeles Times, the jury of seven men and five women acquitted Weinstein of three additional charges — one of which, predatory sexual assault, would have carried a life sentence. Last week jurors sent a note to Judge James M. Burke saying they were deadlocked on the more serious charges, but reached unanimous rulings for the lesser charges. Burke ordered them to keep deliberating on Friday.

The 67-year-old Hollywood figure has become something of a symbol for the large scale reckoning with sexual misconduct that has taken place over the past several years. Following reporting done by Ronan Farrow in The New Yorker, several stories and a documentary have unearthed more misconduct by not just Weinstein, but by a host of powerful figures in Hollywood and other industries.

Weinstein faces up to 25 years in prison following Monday's verdict. The conviction marks a seminal moment in the #MeToo movement, which has played an instrumental role in holding powerful figures to account for sexual misconduct. If sentenced to 25 years, Weinstein will likely spend the rest of his life in prison. He'll next stand trial in Los Angeles on charges of rape and sexual battery.