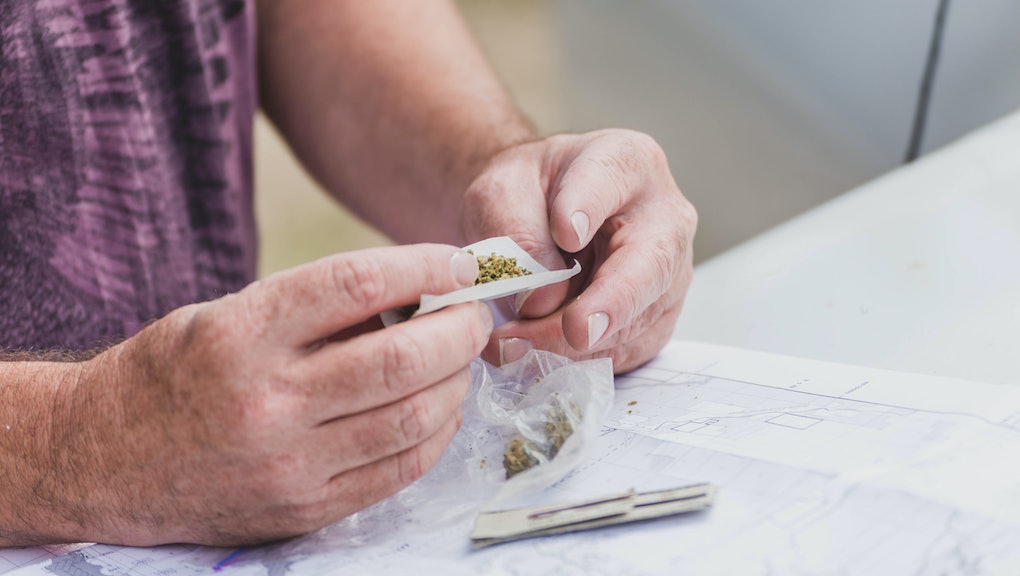 Hawaii decriminalized cannabis on Tuesday, July 9, bringing the tally of states that have decriminalized or legalized the substance up to 26. Vox reports that under the new law, which will go into effect on January 11, 2020, possessing three grams or less of weed in Hawaii won’t land you in jail, but will warrant a $130 fine. According to Cannabis Business Times, the new law will also expunge records resulting from the possession of three grams or less of weed, and set up a state task force that would make cannabis policy reform recommendations.

Since Hawaii Gov. David Ige neither signed nor vetoed the bill, it effectively turned into law, according to CNN. Although Hawaii has permitted medical marijuana use since 2000, possessing small amounts of weed for recreational use can lead to a fine of up to $1,000 and up to 30 days of jail time under the current law.

So far, 15 U.S. states, including Hawaii, have decriminalized weed, while 11 states and Washington, DC have legalized it. When weed is decriminalized, possessing small amounts of it will subject you to a fine, but not jail or prison. You could also receive harsher sentences if you possess larger amounts of weed, sell it, or rack up multiple marijuana-related offenses, Vox reports. When weed is legalized, however, possessing, and in many cases, selling it, isn’t punishable at all.

Proponents of legalization note that prohibition has done little to lower cannabis use and has led to a disproportionate number of arrests of Black and Brown people. They also argue that prohibition has seeded a black market for cartels and other criminal entities. Opponents of legalization, though, worry that it will create an industry that resembles Big Tobacco or Big Alcohol, where irresponsible marketing tactics will lead to widespread marijuana use.

The Aloha State, though overwhelmingly blue, has been slow to budge on legalizing recreational cannabis, notes the Associated Press. A legalization bill died in March because Senate lawmakers didn’t approve it in time for consideration by the full Senate. Many of them cited concerns about breaking federal law (under which buying, possessing, and selling cannabis is still illegal), which could, in turn, endanger the state’s fledgling medical dispensary system.

Even the new legislation represents a relatively minor change from Hawaii's status quo. CNN reports that in a press conference, Ige explained that he didn’t veto the bill because it limited possession to such a small amount. “Essentially [law enforcement personnel] will proceed the way they always have,” he said.

Likewise, the Marijuana Policy Project sees the law as an incremental, yet positive, step in the right direction. “Unfortunately, three grams would be the smallest amount of any state that has decriminalized (or legalized) simple possession of marijuana,” the organization said in a statement. “Still, removing criminal penalties and possible jail time for possession of a small amount of cannabis is an improvement.”

In the press conference reported by CNN, Ige said that the decriminalization bill could lead to “other mechanisms to make marijuana more available.” And according to the AP, Brian Goldstein, founder and CEO of Honolulu-based dispensary Noa Botanicals, predicts that Hawaii will inevitably legalize cannabis — although probably not for some time. While the new legislation looks like a sign of progress toward legalization on the islands, it’s likely only the first step of many.

More like this
To legalize weed successfully, we need to draw inspiration from Canada
By Michael J. Armstrong and Paul Seaborn
Can delta-8-THC get me high without the anxiety?
By Melissa Pandika
India's failed COVID response leaves young people scouring social media for oxygen
By Urmi Bhattacheryya
Stay up to date