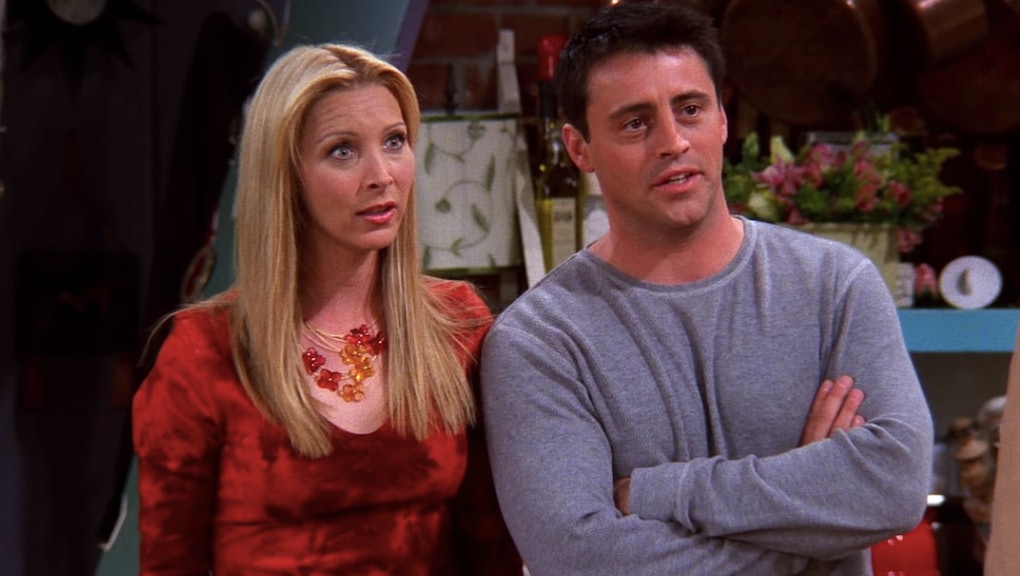 They'll be there for you – even after they make the move to WarnerMedia's upcoming streaming service HBO Max. Following AT&T's acquisition of HBO, the company has revealed plans to call its new HBO Max streaming service, and it's planned for launch next spring with a whopping 10,000 hours of content available to viewers. That will include the popular sitcom Friends — as an exclusive.

This likely won't come as a surprise in an age where streaming services continue to vie for supremacy over which platform has the most coveted sitcom classics. For instance, The Office is headed to NBC's standalone that's debuting in 2021, leaving Netflix behind and continuing to strip the platform of some of its most popular series.

According to Vox, Netflix viewing data puts The Office and Friends as two of the platform's most-viewed shows. In fact, The Office made up over 7 percent of all Netflix views, with Friends comprising about 4 percent of views between January and November 2018.

These shows are heavy-hitters for Netflix, and while it has its own original series like Stranger Things to lean on, you can't argue with the aforementioned numbers. (And neither could Netflix, given they paid about $100 million to keep Friends through 2019.) People love to lean on their favorite sitcoms as a sort of "comfort food," and distributing them across different streaming services is absolutely a bid to try and squeeze more money out of consumers, for better or for worse.

Luckily, HBO Max isn't just a rehash of platforms past. And it won't be relegated to offering exclusively HBO-centered programming, though that will obviously be included. According to The Wall Street Journal, the name is meant to evoke the importance of HBO as a brand, even though the service won't feature HBO-only series.

In addition to Friends, HBO Max will play host to The Fresh Prince of Bel-Air, Pretty Little Liars, and the upcoming Riverdale spin-off Katy Keene. Katy Keene is a CW release and CW shows later on down the line will be coming to HBO Max instead of Netflix — meaning superhero TV fans looking to catch up on shows like Arrow and other titles of that ilk will also have to consider making the switch.

In addition to all these favorites and new arrivals, HBO Max will also be creating more original content. There's no word yet as to what will happen to the HBO Go service that's currently available for viewers to check out HBO content wherever they are. It's likely it will simply become intermingled with the new service and accounts will migrate over when the time comes.

As far as how much you can expect to pay for the service, it's expected to cost "slightly more" than the monthly $14.99 tier for HBO Go. If streaming your favorite shows is important to you and you're trying to stay on a tight budget, you might consider pruning down the other offerings you're currently paying for. Things are about to get very pricey if you want to make sure you keep all your favorite shows at your fingertips.

More like this
The 8 best reality shows you're not watching, but should be
By Brandon Yu
There are QAnon NFTs now, because one grift deserves another
By AJ Dellinger
Scientists are potty-training cows in an effort to save the planet
By AJ Dellinger
Stay up to date