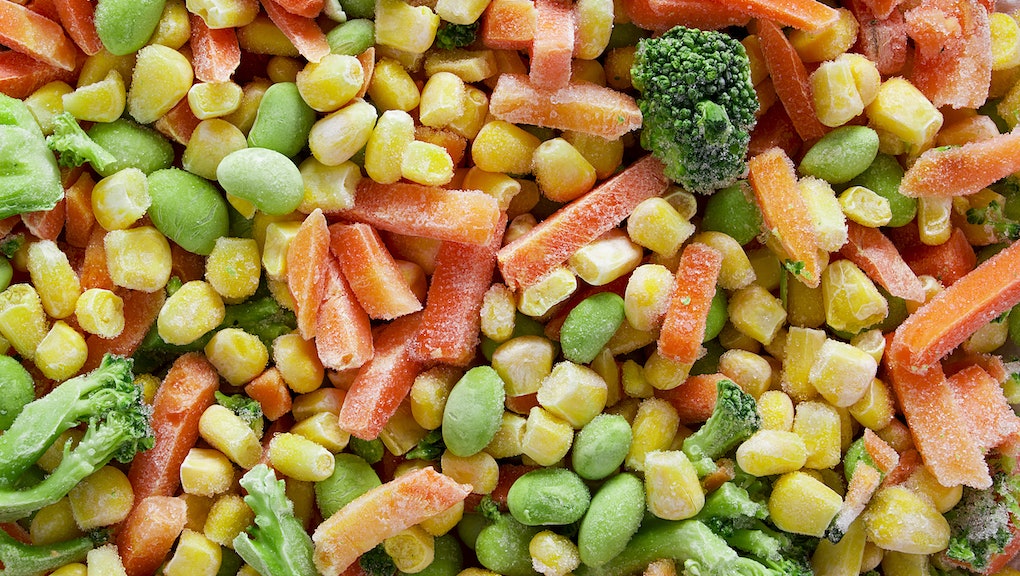 Here's the truth about these frozen vegetables' nutrition and freshness

There's no excuse for skipping out on fruits and veggies: The freezer aisle is full of 'em. Even if your favorite produce items are out of season, icy storage makes for freezing to fresh deliciousness almost as soon as you realize you're hungry.

But you may be wondering, are those frozen veggies as good as the fresh ones? New research says yes, if not better.

According to a study to be published in the June 2017 issue of the Journal of Food Composition and Analysis, some frozen fruits and vegetables may retain nutrients better than their fresh, refrigerated counterparts.

"When considering the refrigerated storage to which consumers may expose their fresh produce prior to consumption, the findings of this study do not support the common belief of consumers that fresh food has significantly greater nutritional value than its frozen counterpart," the study, which was conducted by researchers from the University of Georgia in partnership with the Frozen Food Foundation — which has an obvious interest in promoting frozen foods — concluded.

The two-year-long study looked at the storage of blueberries, strawberries, corn, broccoli, cauliflower, green beans, green peas and spinach, analyzing their nutrients on the day of purchase, five days after being stored in the refrigerator and in frozen form.

How does freezing keep the nutrients in?

A technique called fresh freezing, which freezes the vegetables as soon as they're ready instead of letting them sit on a truck or crate before being unpacked at a grocery store and then toted home, is what locks in those nutrients.

"Frozen vegetables are usually nutritionally equivalent to fresh vegetables because they're generally flash-frozen onsite, immediately after harvest," registered dietitian Emily Braaten, explained via email. "This kind of 'processing' may degrade some nutrients while making others more bioavailable."

Are we gaining enough nutrients to compensate for what we're losing in the freezing process?

"These changes are [insignificant] to the average consumer," Braaten said. "The important thing is to increase your intake of vegetables, regardless of the source."

So, should you switch from fresh to frozen?

Skipping over those blanket-like hydroponic lettuce leaves and red, juicy summer strawberries to head to the freezer aisle seems counterintuitive — and it is! You should buy the produce you want to eat, whatever you'll find most delicious and intriguing once you bring it home.

"All produce is great," Rachel Lustgarten, registered dietitian at Weill Cornell Medicine and NewYork-Presbyterian, said in an interview. "The type you choose may depend on how you will use it — for example, in a salad fresh is preferable, while frozen veggies are great for stir-fry and frozen fruit is convenient for smoothies."

One added perk to buying frozen: You can eat what's out of season year-round. Not only will you probably save money by purchasing frozen produce in the off-season — rather than paying exorbitant prices for imported and probably not-as-fresh fruits and veggies — the frozen product will likely taste better.

This article was originally published on April 17, 2017