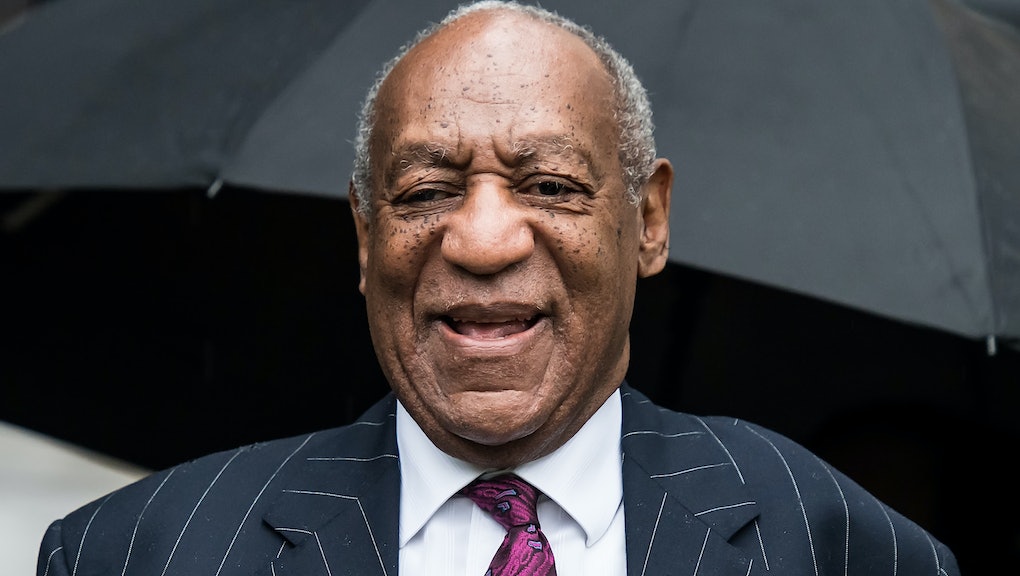 Yesterday, convicted sex offender Bill Cosby was released from prison after the Pennsylvania Supreme Court overturned his conviction on the grounds he wasn't given a fair trial. The reactions from most everyone were a mixture of horror and disbelief, but some in the hip-hop world decided to respond to the news by firing off some (very bad) jokes online.

Legendary hip-hop producer and VERZUZ co-creator Timbaland waited no more than 10 minutes after the news broke to post a photo of one of Cosby's Jell-O Pudding Pops advertisements with the caption, "Who wants a jello pudding pop. I'm home now." The post remained up for hours before it was removed, with no apology provided. This is the same man who not only had no problem giving an alleged woman abuser like Soulja Boy his VERZUZ platform after the allegations were made public.

Timbaland's post was pleasant compared to the repulsive victory lap that rapper Boosie Badazz took once he found out a convicted sex offender was released on a technicality. First, he posted a video on his Instagram account to welcome Cosby home and implied Cosby's release was ordained by God. The caption to the video read "#BILLFREE HA HA YALL LYING ASS HO** HURT TODAY," a sentiment he decided to share on his Twitter account later in the day.

Ice-T posted and deleted a tweet about Cosby having a "Hot Boy Summer." Slim Thug posted on Instagram the meme of Squidward jealously looking through the blinds at a joyous Spongebob Squarepants under "R. Kelly watching Bill Cosby get released from prison." Serial troll and shameless self-promoter 50 Cent saw no problem with posting a funny video of Cosby with a caption that read "LOL. Bill Cosby back on the loose, catch FOR LIFE on IMDB Tv," referencing the drama series he executive produces which ABC cancelled. Some hip-hop artists like Kid Cudi expressed shock and disgust in the news of Cosby's unexpected release, but the jocular tone of others was depressingly predictable.

Censorship is not only antithetical to hip-hop, it's an existential threat. The most celebrated artists in hip-hop made their names by being sort of depravity surrogates for listeners in the way horror movies allow audiences to safely look into the darkest parts of the human mind.

Hip-hop provides nuanced insights into the human experience by giving a voice to impoverished Black and Brown people who would've otherwise been silenced by poverty. But, hip-hop is a maximalist dreamland, where fans almost demand exaggerated distortions of rappers' lives as a form of escapism. Dame Dash pouring champagne on women in Jay-Z's "Big Pimpin'" video and Nelly swiping a credit card down a woman's butt crack in his "Tip Drill" video both serve the same purpose of keeping people in the fantasy.

A celebrity who sexually abused 60 women being released from prison is funny to many in hip-hop because everything is often funny in hip-hop. Eminem became Billboard's first 21st century artist of the decade by making fun of Sonny Bono's death, slut shaming Britney Spears and Christina Aguilera, and an endless stream of homophobia no artist has matched since.

The genre came from people making a life out of what many would consider hellish conditions, so censorship is tantamount to silencing for many rappers. Essentially, hip-hop artists feel they can say anything, because decades of doing just that built the most popular genre of music in the world.

More like this
What happens when The Weeknd is too much for Abel Tesfaye to handle?
By Keith Nelson Jr.
DaBaby isn't done being wrong — and it's costing him his career
By Keith Nelson Jr.
Billie Eilish hates that her body distracts from her music
By Kara Weisenstein
Stay up to date