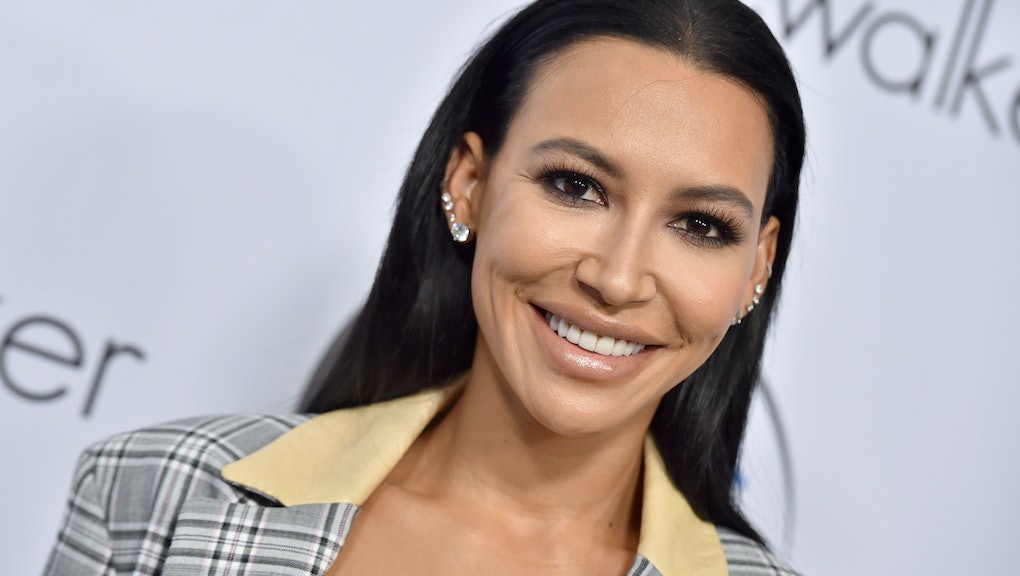 After nearly a week of searching, investigators are “confident” they’ve found the body of Naya Rivera, who drowned swimming in a California lake last Wednesday. Glee alumni gathered on the shores of Lake Piru, about 55 miles northwest of Los Angeles, on Monday to mourn their friend and co-star. Los Angeles Times photographer Al Seib snapped a heartbreaking image of the group holding hands and gazing at the water where Rivera spent her final hours. In the wake of the discovery Monday, emotional tributes to the 33-year-old actress poured out from Hollywood.

Rivera rented a pontoon boat for herself and her four-year-old son on July 8. The child told rescuers he and his mother went into the water to swim, but she never got back on the boat. He told investigators when he turned back to look for his mother, he saw her slip under the surface. “We believe it was mid-afternoon when she went swimming, the idea being, perhaps, that the boat began drifting [...] and that she mustered enough energy to get her son back on the boat but not enough to save herself,” Ventura County Sheriff William Ayub told reporters at a press conference after Rivera’s body was discovered Monday.

Glee’s young ensemble has shouldered its share of tragedy. Rivera is the third cast member to pass away unexpectedly. Cory Monteith died of a drug overdose at age 31 on July 13, 2013 — exactly seven years to the day when Rivera’s body was found. Mark Salling was 35 when he died by suicide in 2018, after he pleaded guilty to federal charges of being in possession of child pornography.

Rivera made her acting debut at age four on the 1991 CBS sitcom The Royal Family. But she was best known for playing cheerleader Santana Lopez on Glee, which ran from 2009 to 2015 on Fox. Prayers for Rivera from her former cast members began pouring in when she went missing last week. Heather Morris, the 33-year-old actress who played Brittany Pierce, Santana’s love interest on Glee, reached out to authorities to offer her help searching for Rivera over the weekend. “I understand your team is doing EVERYTHING in their power, but we are feeling helpless, powerless and want to help in any way,” Morris tweeted to investigators.

“She spoke truth to power with poise and fearlessness. She could turn a bad day into a great day with a single remark. She inspired and uplifted people without even trying. Being close to her was both a badge of honor and a suit of armor,” Chris Colfer, who played Kurt Hummel on Glee, wrote on Instagram.

Actress Becca Tobin, who joined Glee in its third season, spoke to Rivera’s grace on set: “Naya, one of the most beloved by the rest of the cast (and the entire world), showed me instant warmth and kindness. [...] She was a superstar who had nothing to gain from being kind to the new girl, but she was and that changed this new girl’s entire experience on that show. I will forever be grateful to that beautiful human.”

Amber Riley, who played Mercedes Jones on Glee, wrote, “My favorite duet partner. I love you. I miss you. I don’t have words right now, just lots of feelings.”

Jane Lynch, who starred as cheerleading coach Sue Sylvester, tweeted: “Rest sweet, Naya. What a force you were. Love and peace to your family.”

More like this
8 shows like 'Ted Lasso' to watch if you need more feel-good TV
By Brandon Yu
Phoebe Bridgers and John Mulaney announced tour dates and the internet imploded
By Chloe Stillwell
Why are we still vilifying women for their drug use?
By J'na Jefferson
Stay up to date