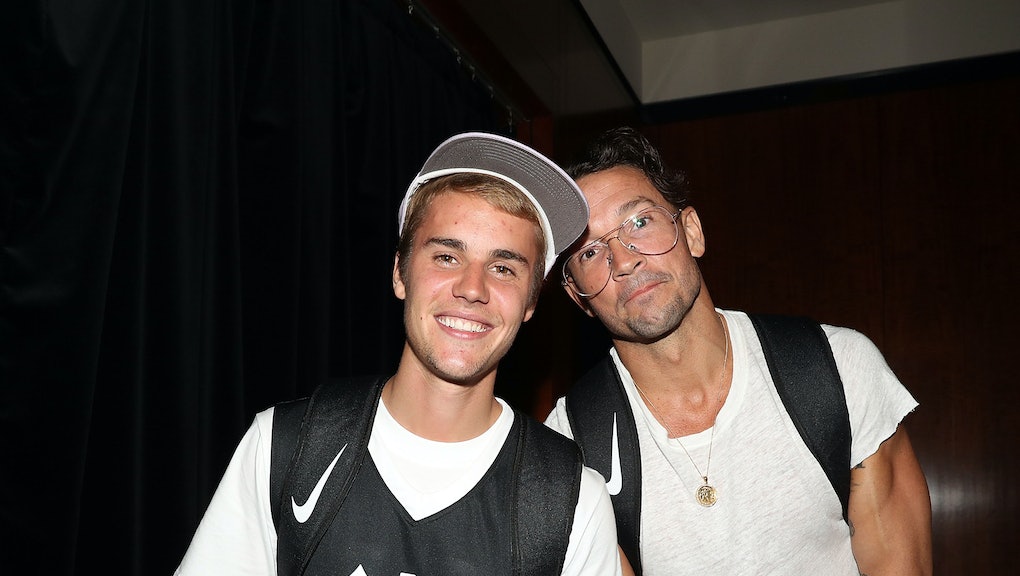 The celebrity spiritual adviser at Hillsong's New York City church, who is probably better known as the hipster pastor that once baptized Justin Bieber in the bathtub of NBA player Tyson Chandler's home, Carl Lentz, has reportedly been fired from his job. The religious leader has been in the spotlight for years, thanks to his connection to Biebs and other stars like Chris Pratt, Selena Gomez, and Kourtney Kardashian, who belong to the international ultraconservative megachurch.

The news comes as somewhat of a surprise, since over the years Lentz has helped the church grow its congregation and appeal to young people. While the church announced the termination of Lentz this morning, Brian Houston, the church’s global senior pastor and founder, offered little detail on the termination.

“This action has been taken following ongoing discussions in relation to leadership issues and breaches of trust, plus a recent revelation of moral failures,” read a statement on the Hillsong site. “It would not be appropriate for us to go into detail about the events that led to this decision. Our focus at this time is to honor God and pastorally care for our East Coast church community as well as the Lentz family.”

Of course, a well-known spiritual leader being terminated for “moral failures” has left many wondering what went wrong. The tatted “hypepriest” has faced his share of criticism since entering the spotlight. He was questioned for his expensive designer sneakers and called out on his seeming obsession with celebrity.

Back in 2015, Bieber also revealed that he had moved in with Lentz and his family to try and get his life back on track. The two were spotted together plenty of times over the years, attending basketball games and even taking shots at a New Zealand bar. Bieber and Lentz apparently had a falling out sometime in 2018, though he did officiate his wedding to Hailey in 2019. Just last month, the Biebers were spotted with the pastor in California.

Some have speculated that Lentz was fired because of his recent outspokenness on Black Lives Matter. Lentz has posted several messages in support of the movement on Instagram, while others wonder if his religious rock star ways had got the best of him..

Editor’s Note: This article was updated to include a statement from Carl Lentz