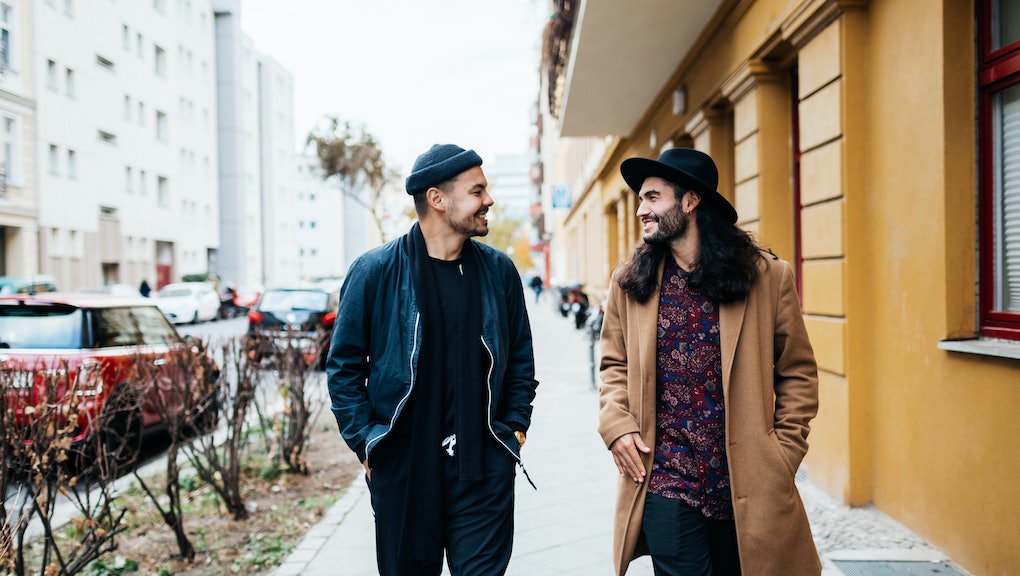 How a short walk could help grow the economy

We all get that being active can yield a multitude of health benefits, from lowering your risk of heart disease to improving your mood. But new research reveals that exercise, even a small amount of exercise has an oddly powerful benefit: A report published on November 5 found that if every employee clocked in a short walk each day (in addition to their normal routine), they would pump $100 billion into the global economy, Reuters reports.

The report analyzed data from around 120,000 people in seven countries, then used statistic modeling to predict the economic gains of increased physical activity for 23 countries and across the globe, according to Reuters. If all 18- to 64-year-olds walked for 15 extra minutes a day, the global economic output would jump by about $100 billion a year, the researchers concluded. That's because exercise would help them live longer and in theory, be more productive.

As described in the report, convincing employees to be more physically active can benefit the economy through three mechanisms. First, it would lower employees’ risk of death, allowing them to remain in the labor force — and contribute to the economy — longer. In addition, it would decrease absenteeism, or basically, the number of sick days employees take; prolonged sick leave lessens the efficiency of the labor force. Lastly, it would decrease presenteeism, or when employees are present but not performing at their maximum potential, making the labor force less effective. Both absenteeism and presenteeism lower productivity, ABC News explains.

Thirty percent of the potential economic gains from employees walking an extra 15 minutes could be chalked up to fewer deaths, as well as decreased absenteeism, according to ABC News. Seventy percent were due to decreased presenteeism.

Getting employees to be more physically active is easier said than done, though. Not only do companies need to deal with employees’ personal attitudes, behaviors, and predispositions toward exercise, but many face systemic obstacles, per ABC News. These can include poor access to safe spaces for physical activity, as well as lack of time and/or resources.

As ABC News points out, a recent study found that running, period — even a little bit — can lessen your risk of premature death. Other types of cardio (gardening counts!) can also have long-term benefits, such as reduced blood pressure and improved sleep, as long as you engage in them for around two-and-a-half hours a week, according to experts I interviewed for a previous Mic story.

So, if the notion of increasing your physical activity merely to maximize your economic output doesn’t sit quite well with you, reminding yourself of the potential health benefits might be a better way to motivate yourself to get moving.

More like this
Wanting to start a family motivated us to pay off $126K in a year
By Marianne Eloise
Could mindfulness make you more selfish?
By Michael J. Poulin
Could "chickenflation" tilt America toward a more plant-based diet?
By Tracey Anne Duncan
Stay up to date