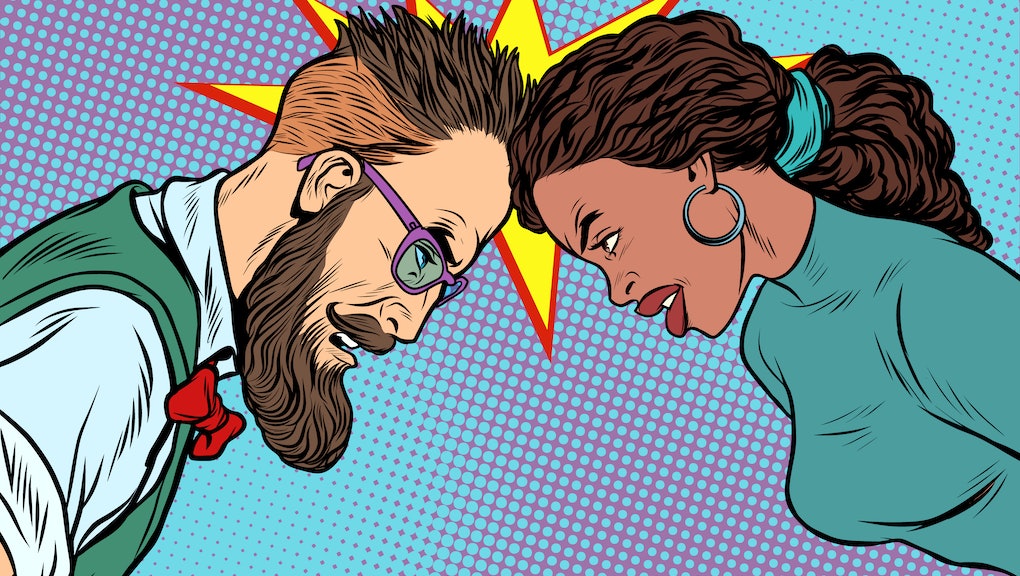 How algorithms fuel our online outrage

“Cancel culture” has become so pervasive that even former President Barack Obama has weighed in on the phenomenon, describing it as an overly judgmental approach to activism that does little to bring about change.

For the uninitiated, here’s a quick primer on the phenomenon: An individual or an organization says, supports or promotes something that other people find offensive. They swarm, piling on the criticism via social media channels. Then that person or company is largely shunned, or “canceled.”

It happened to Chick-fil-A when its ties to organizations such as Focus on the Family invited backlash from LGBTQ activists; it happened to YouTube influencer James Charles, who was accused of betraying his former mentor and lost millions of followers; and it happened to Miami Dolphins owner Stephen Ross after people learned he had held a fundraiser for President Trump.

Outrage can spread so quickly on social media that companies or individuals who don’t adequately respond to a mishap — intentional or not — can face swift backlash. You can send a thoughtless tweet before boarding a flight and, upon landing, realize you’ve become the target of global ire.

A lot of attention has been given to repercussions of cancel culture on celebrities, from J.K. Rowling to Kevin Hart to Lena Dunham.

My own research has shown how content that sparks an intense emotional response — positive or negative — is more likely to go viral.

Out of millions of tweets, posts, videos and articles, social media users can be exposed to only a handful. So platforms write algorithms that curate news feeds to maximize engagement; social media companies, after all, want you to spend as much time on their platforms as possible.

Outrage is the perfect negative emotion to attract attention and engagement — and algorithms are primed to pounce. One person tweeting her outrage would normally fall largely on deaf ears. But if that one person is able to attract enough initial engagement, algorithms will extend that individual’s reach by promoting it to like-minded individuals. A snowball effect occurs, creating a feedback loop that amplifies the outrage.

Often, this outrage can lack context or be misleading. But that can work in its favor. In fact, I’ve found that misleading content on social media tends to lead to even more engagement than verified information.

So you can write an immature tweet as a teenager, someone can dig it up, express outrage, conveniently leave out that it’s from seven or eight years ago, and the algorithms will nonetheless amplify the reaction.

All of a sudden, you’re canceled.

We saw this dynamic recently play out with actor Kevin Hart.

Once it was announced that Hart would be the host for the 2019 Academy Awards, Twitter users plumbed a series of homophobic tweets from 2009 to 2011 and started sharing them. Few were aware Hart had tweeted about homosexuality. The outrage was swift.

Algorithms anticipate what users want based on detailed information about their preferences. All of a sudden, those most likely to be upset by Hart’s homophobic remarks were having tweets about them splashed across their feeds.

Cancel culture is just one outgrowth of social media algorithms.

In 2018, a British Parliament committee report on fake news criticized Facebook’s “relentless targeting of hyper-partisan views, which play to the fears and prejudices of people.”

A few months after the Hart controversy, Netflix decided to produce two shows featuring the comedian.

Why would Netflix expose itself to criticism by elevating a supposedly canceled celebrity?

Because it knew that there would be an audience for Hart’s comedy – that, in certain circles, the fact that he had been canceled made him that much more appealing.

Like social media platforms, Netflix also deploys algorithms. Because Netflix has a massive library of content, it deploys algorithms that take into account users’ prior viewing choices and preferences to recommend specific shows and movies.

Maybe these users are die-hard Hart fans. Or maybe they’re inclined see Hart as a victim of political correctness. Either way, Netflix has granular data about which users would be predisposed to watching a show about Hart, despite the fact that he had been nominally canceled.

On Netflix’s end, there’s little risk. Netflix probably knows, on some level, which of its subscribers are likely to be offended by Hart. So it simply won’t promote Hart’s show to those people. At the same time, partnering with controversial brands and individuals can be good for business.

Together, the phenomenon of cancel culture is an illustration of the weird ways algorithms and social media can upend, distort and rehabilitate the lives and careers of celebrities.

This article was originally published on The Conversation by Anjana Susarla. Read the original article here.

More like this
How Subtle Asian Traits made a generation of Asians feel understood on the internet
By Claire Wang
Donald Trump's blogging days are over
By AJ Dellinger
Congrats to GOP Rep. Mo Brooks for tweeting his own passwords out to 100k followers
By Rafi Schwartz
Stay up to date