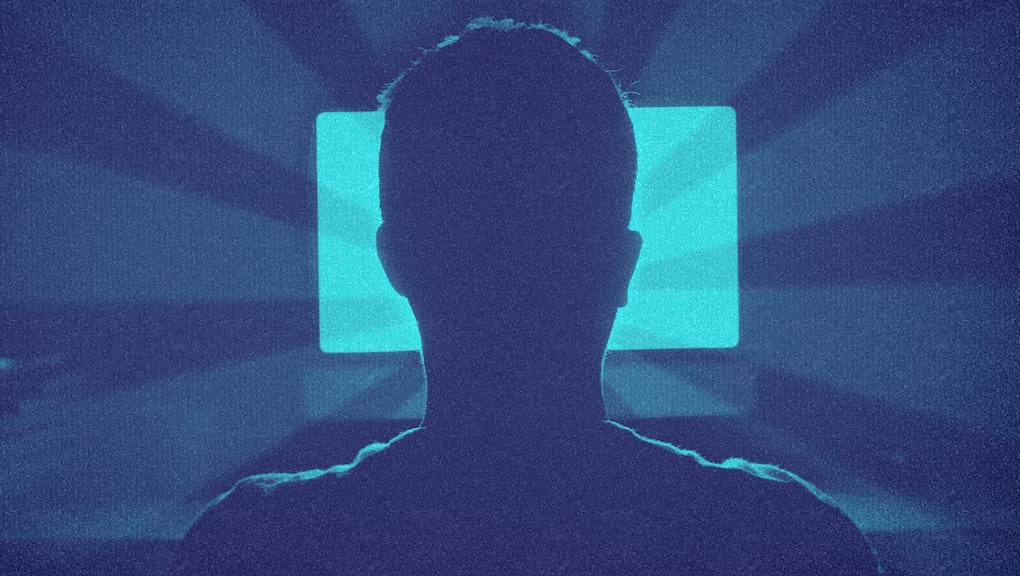 How bad are screens for your eyes? Here's what happens to your eyes and brain when you scroll

Whether you work a desk job or simply can’t peel yourself away from Netflix, many of us spend the majority of our waking hours looking at screen. But face it: few of us have little intention of changing our habits. Given what we know about how bad screens are for your eyes, though, is it time to look away?

According to the American Optometric Association’s (AOA) American Eye-Q report, the average American spends seven hours a day looking at a screen. While Dr. Samuel D. Pierce, O.D., president of the AOA, tells Mic there is no standardized screen limit, adults who spend two or more hours a day using a digital screen are at a greater risk of experiencing eyestrain. If left untreated, those eyestrains can lead to tiredness and inability to focus, according to the Mayo Clinic. And if you’re straining your eyes to perform work-related tasks, well, there goes your productivity.

Here’s exactly what’s happening when you exceed the recommended two hours of looking at your screen: You put yourself at risk for developing computer vision syndrome (CVS), also referred to as digital eyestrain, according to Dr. Pierce. It describes a group of eye and vision-related problems that can result from prolonged computer, tablet, or cell phone use. The level of discomfort tends to increase with the amount of digital screen time. Common symptoms include headaches, blurred vision, dry eyes, neck and shoulder pain, and eye irritation, which are caused by a combination of poor lighting, glare, improper viewing distances, poor seating posture, and uncorrected vision problems.

If the above symptoms sound pretty awful (or perhaps even familiar) to you, then yes, overdoing it on the screen time is just as bad as experts say it is. Here’s what you can do to prevent it from getting even worse.

Since we’re not about to swap our smartphones for cups and string any time soon, there are a number of ways we can reduce damage. Dr. Pierce recommends keeping your phone at a typical book-reading distance of approximately 20 to 28 inches, which lessens the focusing demand on the eyes. Make sure to enlarge the font and set your device to high-contrast viewing, such as dark black text on a white background.

If you find yourself doing most of your mindless scrolling in bed at night, use this opportunity to make critical changes. Start by turning on your iPhone or Android's night-shift feature, which coats the screen in a tint of red. This helps counteract the screen’s blue light while increasing the brain’s secretion of melatonin and helps promote restful sleep. And avoiding blue light may even protect our eyesight as well. According to Dr. Pierce, it “may have some long-term protection to the retina from shorter wavelengths, which may be implicated in retinal problems later in life." Another helpful strategy is to adjust the brightness of the phone downward in the evening or early morning to match the brightness of the room. This helps minimizes the subtle yet rapid changes in pupil size that can contribute to eye fatigue, he says. On iPhone, you can turn on auto-brightness, and on Android, auto-brightness is set as a default.

Throughout the day, you want to be extra mindful about blinking frequently enough since our blink rate declines when we look at screens, which can increase eye dryness and irritation, he says. Research is currently mixed on whether you should opt for artificial eye drops since they can promote dependence and excessive drying when you’re not using them.

At work, you’re going to need a game plan to make it through the day unscathed — or at least headache-free. Dr. Pierce says you want the top of your computer monitor to be positioned at about eye level. This places the eyes in a slightly downward gaze, which is preferred for up-close, longterm viewing. Additionally, you should aim to follow the 20-20-20 rule: take a 20-second break to view something 20 feet away every 20 minutes. If you've ever dreamed about being the office hero, share that trick with your coworkers, too.

Get back in touch with paper

As e-readers and tablets pick up steam, you may not even remember the last time you picked up a hardcover book. But that shouldn't be the case. According to Dr. Pierce, looking at text on electronic screens can be harmful to the eyes since the words aren’t as sharply defined, the letters against the background are reduced in contrast, and the glare emanating from the screen can also reduce visibility, requiring you to squint (hello, recipe for migraines). “Viewing distances and angles used for this type of work are also often different from those commonly used for other reading or writing tasks. As a result, the eye focusing and eye movement requirements for digital screen viewing can place additional demands on the visual system,” says Pierce.

According to a recent study from Printing Impressions, 88 percent of Americans said they retain, understand and use information better when it’s presented to them on paper. The majority of respondents also said reading on paper is also far more relaxing. And while the study didn’t specifically look at which medium Americans prefer from a visual standpoint, it’s safe to say reading from paper is the way to go when you’re trying to cram in as much information as possible, since you won’t feel as stressed.

It’s not just your eyes that suffer while straining to read the fine print. Upper-body stiffness, or “text neck,” is a real thing. It’s when you begin to develop neck and back pain due to constantly slouching over or looking down to read from your device.

“Even people who have an eyeglass or contact lens prescription may find it's not suitable for the specific viewing distances of their computer screen. Some people tilt their heads at odd angles because their glasses aren't designed for looking at a computer. Or they bend toward the screen in order to see it clearly,” says Dr. Pierce. “Their postures can result in muscle spasms or pain in the neck, shoulder or back. In most cases, symptoms of digital eyestrain occur because the visual demands of the task exceed the visual abilities of the individual to comfortably perform them.”

Getting the right prescription isn’t enough to help you maintain perfect posture. According to the Cleveland Clinic, you want to maintain equal weigh on both hips, position your knees at 90 degrees at the same height or higher than your hips (a foot stool is a good idea), and place a small towel or lumbar support behind your lower back to help maintain the natural curvature of your spine. And finally, keep those shoulders relaxed.

Opt for the right screens

As kids, our parents told us to stop sitting so close to the TV. And they were onto something. According to a 2014 study from media research firm Frank N. Magid Associates, 60 percent of Americans prefer watching movies and shows on their tablet, laptop, and smartphone, while only 40 percent prefer traditional satellite and cable television, as reported by Forbes. It’s about time that number changed, and here’s why: Dr. Pierce says that because digital eye strain is largely a problem related to up-close viewing, watching shows from your computer or mobile phone a mere few inches from your face is much more harmful than watching TV from a comfortable distance. It certainly helps that the text and images on a TV are enlarged, which reduces eye strain.

While we all scoff each time tech corporations release devices with screens bigger and bigger than the last, they’re actually doing us a favor. If you needed any incentive to upgrade your iPhone 7 to the iPhone X, for example, do it for your eyes, since the screen offers almost an inch of extra viewing surface area. And if you must binge-watch the newest Netflix show, for the love of your eyesight, watch it on a TV, and not on your laptop glued to your face.

Whether you need a prescription or boast 20/20 vision, glasses are essential for longterm screen viewing, according to Dr. Pierce. “Even very subtle or low prescriptions can make a significant impact on the viewing experience,” he says. “Progressive addition lenses or prescriptions specifically designed for computer often provide the best visual comfort. These are often a separate pair of glasses from the ones used for general everyday use.” He adds that antireflective lenses are a must for any quality pair of glasses. In addition, you can also talk to your optometrist about lens coatings that can work to block blue light without the need to adjust the color of your screen.

If permanently peeling yourself away from your screens sounds too daunting of a task, you're not alone. Just be mindful of certain factors that can contribute to eyestrain like screen distance, glare, and contrast. Before you know it, your back will hurt less, you'll get fewer migraines, and you will have caught up on you favorite show.