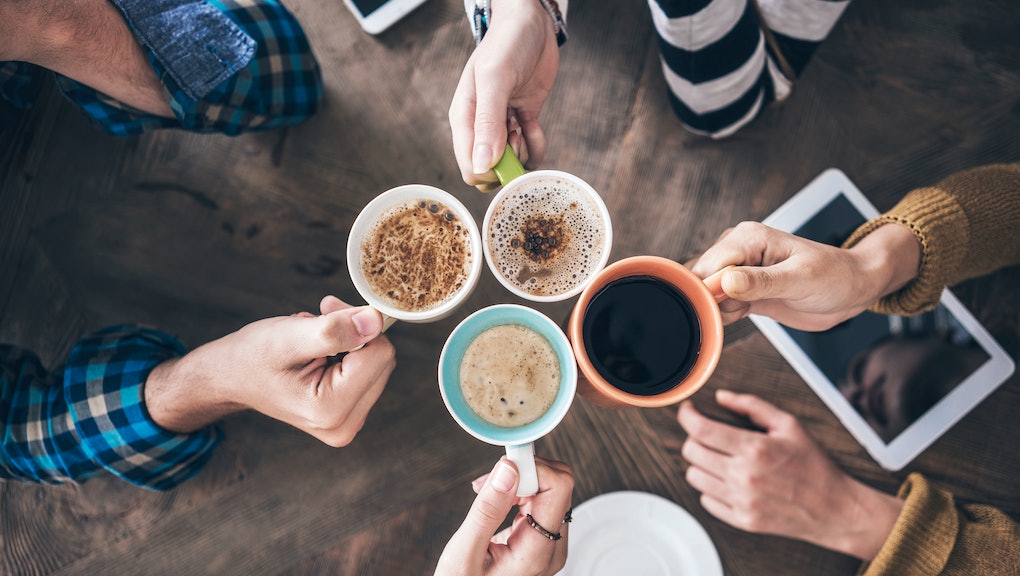 How bad is coffee for the environment?

We sure love our coffee. According to the National Coffee Association (NCA), at least 63 percent of all Americans drink about 2-3 cups of coffee every day. And we're not the only ones reaching for a cup of joe in the morning. People all over the world consume about 2.25 billion cups of coffee every day. That's a lot of coffee beans, and those beans have to come from somewhere. With sustainability on the forefront of more peoples' minds — thanks to the recent climate change protests and ongoing research — understanding the relationship between your coffee and the environment can help you make thoughtful choices about your choice of morning beverage.

Coffee beans have to be grown, cultivated, harvested, processed, transported, and made into coffee. The entire process relies heavily on the environment while also affecting it in different ways, but not everyone knows exactly how.

Turning a seed into a cup of coffee

Coffee beans don't come out of the ground as a dark, roasted bean that's waiting to be ground up and brewed. They're planted and, in 3-4 years, are cultivated into trees that produce cherry-like fruits. Within the fruits are the seeds we use for coffee. Harvesters pick the cherries when they're ripe, remove the pulp, and dry the beans. After they're dried, the beans go through a processing station to remove any husks or clinging plant skin. Then, they're sorted by size and weight before getting exported as 'green coffee' — AKA unroasted coffee beans.

Once they've reached their destination, the pale beans are roasted into their characteristic, dark color. From here, the beans can be ground up and brewed into a delicious drink.

How coffee production effects the environment

Unfortunately, the process of growing coffee plants can negatively effect the environment. Farmers and businesses trying to keep up with the increasing demand for coffee have adopted destructive practices that can harm both the coffee plants and the surrounding ecosystem.

Sujatha Bergen, Director of Health Campaigns, Health and Food Division of the Natural Resources Defense Council (NRDC), took the time to explain the issues to Mic.

"Historically, most coffee was produced through shade-grown cultivation, which grew coffee under tree canopies and amongst other plant species," Bergen says. However, over the last few decades, plantations have been deforesting large areas to "maximize sun exposure" to their coffee plants. Farmers are also focusing on growing only one species of plant, which can put their entire crop at an increased risk of falling to diseases. This is less likely to happen with diverse crops that grow with other plants supporting each other. According to Bergen, this method of farming "decreases biodiversity, interferes with the migratory patterns of birds, and increases the chance of disease and infestations."

On top of that, coffee plantations demand a huge amount of water to function. "A 2003 UNESCO study, for instance, found that a standard cup of coffee requires 140 liters of water, most of which is used to grow the coffee plant itself."

Growing the coffee isn't the only problem. Bergen continues, "at the same time, billions of coffee cups are thrown away each year around the world, and only a tiny fraction of these are recycled. The plastic coating on these cups pollutes our landfills, and contributes to the global plastic pollution problem that plagues our oceans and waterways."

Overall, there's no single part of the system that harms the environment the most. Whether growing or buying, they both feed into each other in a cycle.

"[B]ad production practices are bad consumption practices," says Bergen, "they are both enormous problems with tremendous implications for the planet."

Ironically, bad coffee production (deforestation) and consumption practices (single-use waste) also comes back around to harm the industry. In 2015, the International Center for Tropical Agriculture (CIAT) released a report warning that at least 50 percent of the land used to grow coffee will be unsuitable by 2050. The study found that this is because coffee plants are extremely sensitive to changes in the climate. With global warming pushing temperatures into the extremes, the report suggested that we could be seeing instances such as Arabica beans becoming more expensive or uncommon in the future, since they're more susceptible to sicknesses and increasing heat.

It's a "particular threat for monoculture growing methods," explains Bergen. The coffee industry relies on different coffee strains to keep the global supply going in case a widespread disease begins to wreak havoc on certain plants. But climate change could "reduce the number of wild coffee species," and put nearly 60 percent of all coffee species at risk of extinction.

Nations that depend on coffee production would be hit the hardest by these changes. The report warned that moving plantations to other areas might not be feasible for the entire 100 million people who make a living growing coffee.

Dumping coffee completely doesn't seem like an appealing option, though. Not only is it necessary for some of us to kickstart the morning, there have even been some research that suggests some coffee consumption can benefit your health. Instead of completely cutting it out of our lives, coffee drinkers can strive to make purchasing decisions that influence and support better growing practices.

"Consumers can look for certifications that ensure coffee is shade-grown," suggests Bergen. "The Smithsonian, for instance, has developed a Bird Friendly Coffee certification. In addition, consumers can bring reusable coffee cups to their local café."

Coffee fans can also seek Fairtrade Certified brands that encourage farmers to use production methods that support plant diversity, waste and water management, and minimized use of chemicals. And try to avoid disposable coffee pods, which are part of an absurd amount of single-use plastic that recycling plants struggle to process due to their tiny size. Even the inventor of K-cups feels guilty for having created them. In fact, he doesn't even use them. "They're kind of expensive to use," he said to The Atlantic in 2015. "Plus it’s not like drip coffee is tough to make."

If you absolutely must have your pod coffee maker, consider using reusable coffee pod containers that are compatible with brands like Keurig and Nespresso. These can be refilled with coffee grounds of your choice and used just like any other coffee pod in your machine. Do note that many of these refillable pods are also made of plastic, however — if you're looking to get rid of as much plastic as possible, try out the reusable stainless steel pods.

On the regulatory side, citizens can push for policies that can change harmful business practices in the coffee industry. "As a major global consumer of coffee and home to some of the largest coffee-buying companies in the world (e.g. Starbucks), U.S. policy can have a big impact on the environmental effects of coffee," Bergen says. "Through trade policy, the U.S. and other governments can require a reduction in pesticide use and deforestation in coffee production."

Organizations like the IDH Sustainability Trade Initiative are one example of how the demand for better production methods can help the farmers, the environment, and the consumers. With climate change threatening to hurt both humans and their sources of coffee, farmers and coffee drinkers alike can work together to move the industry in a direction that is sustainable and planet-healthy.