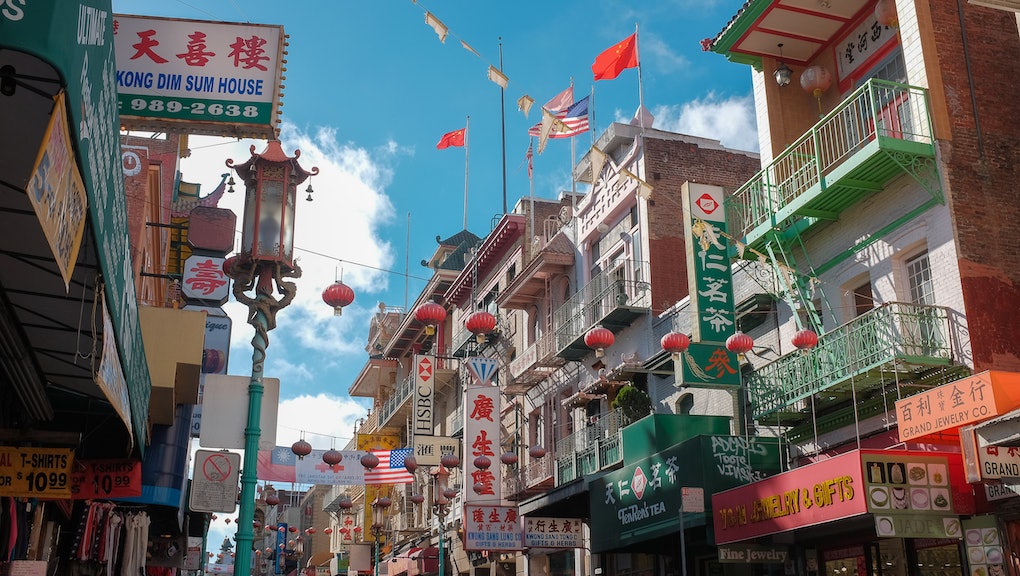 Fear of disease has long served as a convenient excuse for fear of the other, allowing people to disguise their racism as legitimate concern for their lives. The practice of invoking it to justify the marginalization and dehumanization of communities of color has deep roots. Yellow Peril — the notion that Asia would invade the West, which emerged in Europe in the 1800s — fueled policies based on racist views of Asians as filthy and diseased, the Los Angeles Times reports. When they landed on Angel Island, for instance, Chinese immigrants had to undergo humiliating health inspections from which their European counterparts were exempt.

The new coronavirus outbreak has tapped into these age-old fears, along with the associated stereotype of Chinese “savages” who dine on dogs and other animals unfamiliar to Western palates, especially in light of reports that it emerged in a wild animal market in Wuhan, per Eater. Social media is abuzz with it. “Well it came from CHINA where they tend to eat anything that moves,” one Twitter user wrote of the virus. “Thank you China! Your bizarre eating habits now KILL people.” Others say they’ve sworn off Chinese food altogether, citing worries about infection.

This racist sentiment has real-life consequences for the livelihoods of Chinese business owners. Financial losses have hit Chinatown restaurants across the country, Eater reports, even though there were only at least 60 confirmed cases of the new coronavirus in the US as of February 26, according to NBC News. Business owners in San Francisco and Oakland Chinatowns tell me that they, too, have experienced a decline in customers, which many attribute to fears of Chinese people carrying the disease, despite there being zero confirmed cases in either city.

Elaine Kuan, manager of Eastern Bakery — which prides itself on being San Francisco Chinatown’s oldest bakery, having opened in 1924 — is used to lots of customers, especially on weekends, when lines snake out the door. “But now it’s not busy at all,” she says. “Just a few people come in.” When I visited on Tuesday afternoon, I counted only three customers. Kuan estimates that her revenue has fallen 50% since the coronavirus outbreak made headlines late last year.

“You worry,” she says. “You have a lot of payments... the rent, all the bills.” She hopes the outbreak subsides, so business can return to normal, but doesn’t see any signs of that happening yet.

In fact, Kuan has noticed fewer visitors to Chinatown in general. Usually, Grant Avenue, the main tourist drag where Eastern Bakery sits, is filled with pedestrians, even on weekdays, she says. That day, I spotted only a handful from the storefront window. Indeed, San Francisco Chinatown has seen a 50% drop in foot traffic since coronavirus swept the news cycle, Chinese Merchants Association spokesperson Edward Chiu told Eater.

“I think it’s because people are scared of coming to Chinatown,” Kuan says. She suspects they consider all people of Chinese descent possible carriers of the new coronavirus, regardless of whether they’ve recently traveled to China. “They just associate Chinese to Chinese.”

A few blocks away, Dim Sum Corner employee Julie Chu has also noticed fewer customers and less foot traffic in the area in general over the past few weeks. She motioned to a row of open parking spaces outside. “Normally, they’re all filled up,” she says. She blames the slowdown on a fear of foreigners.

Both she and Kuan also a noticed steep drop in attendance at this year’s Chinese New Year Parade, typically a busy time for Chinatown, which also impacted the neighborhood’s businesses. Kuan notes that this year, it was easy to wend through the crowd, a near-impossible feat in past years. “It’s the first time I’ve ever seen it like that,” she says. Chu adds that Dim Sum Corner normally sees a steady stream of heavy foot traffic, even before and after the parade. This year, they didn’t have any before or after the parade, and only a few customers during it.

Although restaurants have probably been the hardest-hit, their losses have rippled outward to other businesses. “That branches out to us, too,” since many visitors like to shop after they grab a bite, says Tane Chan, founder and owner of The Wok Shop, an Asian cookery and crockery store next door to Eastern Bakery. Business has slowed, she says, but it could be because people don’t normally travel this time of year. She suspects coronavirus fears may play a small role.

Usually, Grant Avenue, the main tourist drag where Eastern Bakery sits, is filled with pedestrians, even on weekdays, she says. That day, I spotted only a handful from the storefront window.

Across the San Francisco Bay, Oakland Chinatown has also experienced economic losses stemming from fears around coronavirus. Simon Ng, the general manager of Shooting Star Cafe, has seen business plummet in recent months. On a typical weekend before the coronavirus outbreak, a line would flow out of the door. Now, a large party needs to wait a mere 15 minutes for an open table on a weekend. Some of his friends who own restaurants elsewhere in the San Francisco Bay Area manage to fill only two tables a day, he tells me.

But Ng thinks customers’ fears are warranted and sees the slowdown as a temporary bump in the road. “We understand that it’s public safety,” he says.

Cyril, the manager of T4, a boba spot next door to Shooting Star Cafe, also understands customers’ fears, which he doesn’t think are restricted to non-Asians. Those of Chinese descent worry too, he notes, possibly because they don’t trust the numbers of infections and deaths being reported by the Chinese government and believe the outbreak is actually much worse. “They don’t have any real numbers,” he says. “That’s why people are scared.”

Cyril, who prefers that Mic not include his last name, estimates that T4 has seen a 10% drop in business over the last few months. On Fridays and Saturdays, all its tables are filled, but not anymore, and in fact, his supplier, located in the southern San Francisco Bay Area, lost so much business that it temporarily shut down. He feels “somewhat uncomfortable,” he says. “It doesn’t matter whether you lose 5% or 10%. If the business isn’t growing, or it’s dropping, you wonder, ‘Why?’”

Regardless of who the fear is coming from, many of the people I spoke to insist their customers are safe. “San Francisco Chinatown is one of the largest and cleanest Chinatowns,” Chu says, adding that tourists miss out on traditional markets and other rich cultural experiences if they skip out simply based on rumors about the new coronavirus outbreak.

And besides, if history serves as a guide, their caution might at best provide a false sense of safety — all while inflicting real harm on an already marginalized community.

More like this
Mental health TikTok is vast and daunting. Here are 5 actually helpful accounts to follow
By Joseph Lamour
The secret to avoiding burnout is saying no more often
By Melissa Pandika
The CDC just announced the mask era is coming to an end (sort of)
By Rafi Schwartz
Stay up to date