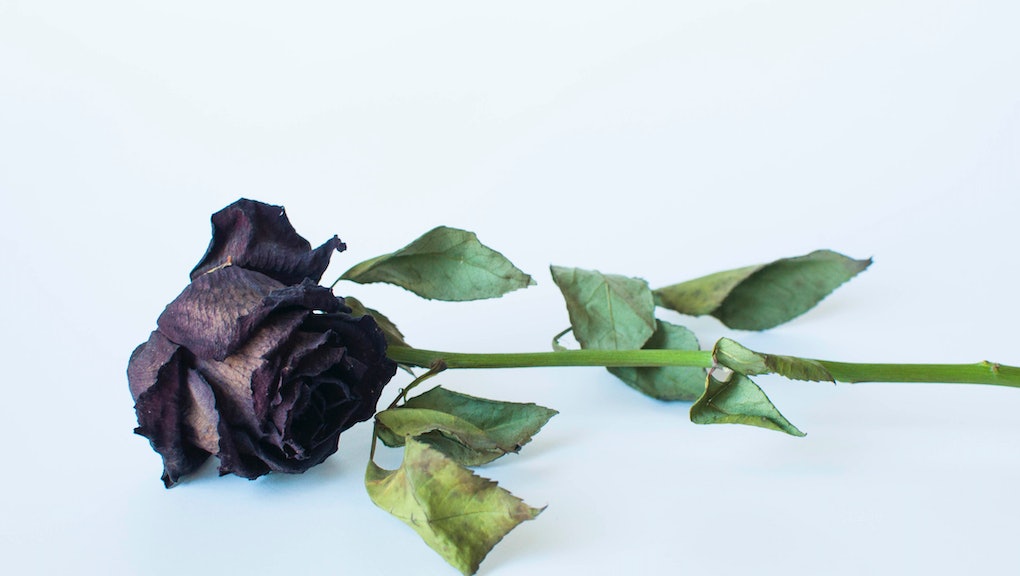 How death positivity can help you live better

If I were to rank all of my fears, death — my own, and that of the people I love — would definitely be at the top of my list. It's a pretty universal source of anxiety, whether we voice it or not. We cling to this fear, even if it won’t change the reality that all of us will die, eventually. The death positivity movement, however — which aims to shift this perception by encouraging a larger dialogue about death — is steadily growing.

Our anxiety surrounding death stems from how we tend to distance ourselves from the topic, explains Katherine Kortes-Miller, an assistant professor at Lakehead University and author of Talking About Death Won’t Kill You: The Essential Guide to End-of-Life Conversations. For many, “the only death and dying we see is on movies, where it’s heightened and traumatic, and not the death most of us are going to experience.”

The goal of death positivity is to “take death out of the closet,” Kortes-Miller says, so we no longer see it as a Big Scary Thing, but as an integral part of life. The nonprofit organization Death Cafe, for instance, has hosted thousands of loosely-structured events where people meet to “eat cake, drink tea, and discuss death,” according to its website.

Another group, Death Over Dinner, has a website that helps people plan dinners where they can discuss end-of-life issues, suggesting reading, audio, and video materials. Kortes-Miller co-organizes an event called Die-alogues, which hosts speakers and small-group discussions on topics like bucket lists, the use of social media to acknowledge death and dying, and animal companion death.

Popularized in a tweet by Caitlin Doughty, author of Smoke Gets in Your Eyes: And Other Lessons from the Crematory, death positivity is inspired by sex positivity, especially in its emphasis on choice. It advocates supporting people regardless of how they choose to die, whether it involves a green burial or aggressive medical treatments, explains Jillian Tullis, an associate professor at the University of San Diego whose research focuses on communicating about death in end-of-life settings. Creating space for the ways marginalized communities navigate death is another important part of death positivity — for instance, considering how much harder conversations about end-of life care might be for Black and Brown people, who have historically received worse healthcare than their white counterparts, Tullis says.

Millennials, ironically, seem especially interested in death positivity. (Doughty, for instance, is in her 30s.) Kortes-Miller notes that many young people have shared stories with her about family members who didn’t know how to deal with an aspect of a grandparent’s death, because no one talked about it. “They want to do more than the generation before,” she tells Mic. Tullis adds that many of her students have begun grappling with their mortality in the face of the climate crisis.

Death positivity sees normalizing death as crucial to wellness. Besides reducing anxiety around death, “it influences how we choose to live,” Tullis says. “When you have death and mortality as a guiding light, so to speak, it can help you understand what types of things are really important”— whether family, good food, or grand adventures — so we can prioritize them.

It can also help us prioritize who we spend our time with and how we spend it, and tease apart what’s really worth stressing over. Indeed, fully recognizing that life is finite can be freeing, Tullis says. She adds that talking about death also helps us make sense of it when it does touch our lives — and can better equip us to help others in our community make sense of it when it touches theirs, Kortes-Miller says.

By normalizing death, we can also begin learning more about what it’s like and talking to our loved ones about what we expect from them in the process, and vice-versa, Kortes-Miller says. This way, once we reach that point and can’t speak for ourselves, our loved ones can make important decisions — such as whether to pursue aggressive treatment or how to dispose of our bodies — based on what we actually want, not what they think we want, and we can do the same for them. “Nobody likes to think about dying and being sick,” Kortes-Miller says. But discussing these topics, however painful and difficult, can in fact be “a gift to the people we love.”

If you think death positivity could help you live your best life, here’s how to start embracing some of its tenets:

Figuring out your dying wishes may seem scary and depressing, but asking yourself the two questions Kortes-Miller suggests could help you ease into it: 1) What would you be willing to sacrifice in terms of quality of life for quantity of life? and 2) What are your non-negotiables — the important things about how you live now that you wouldn’t be willing to give up? Delicious food? Your memory? Your independence?

Start having conversations with the people closest to you

While self-reflection is important, the main goal of death positivity is to normalize death by having conversations about it, Kortes-Miller says. She suggests swapping stories about death with a good friend or partner. You could start by talking about the first time you learned about death and the message it conveyed to you. How do you want to use, and even disrupt, that message?

If that feels uncomfortable, starting with someone else’s story might be easier. A TV episode or a case you hear about on the news, like that of Brittany Maynard, who chose to end her life in 2014 after being diagnosed with terminal brain cancer, could act as a springboard, Tullis says.

Add some death-positive books to your reading list. Kortes-Miller suggests Atul Gawande’s Being Mortal: Medicine and What Matters in the End and Katherine Mannix’s With the End in Mind: Dying, Death, and Wisdom in an Age of Denial.

Attend a death positive event, or host your own

Check out a Death Cafe or other event in your area that encourages conversations about death. And just because it's death-focused doesn’t necessarily mean the vibe will be all doom and gloom. Death Cafes, for instance, “often have cake and interesting people,” Tullis says, and Kortes-Millers notes that Die-algoues events are often abuzz with conversation and laughter.

You could also host your own death party. Some of Tullis’s friends get together to play Morbid Curiosity, a board game that features trivia and conversation cards about, well, death. One card, for instance, asks players, “If you could come back as a ghost, who would you haunt? What are the rules to haunting?” “You don’t’ have to go out and plan your funeral if you’re not there yet, but you can do little things that are fun and a little bit enjoyable,” Tullis says. In the end, death may really be only as scary as we make it out to be.

More like this
Too much sitting will wreck your life — but some types are better than others
By Wuyou Sui and Harry Prapavessis
Having a bad trip? This hotline can help you find your chill
By Melissa Pandika
SAMe supplements and depression: Can they really help?
By Tracey Anne Duncan
Stay up to date