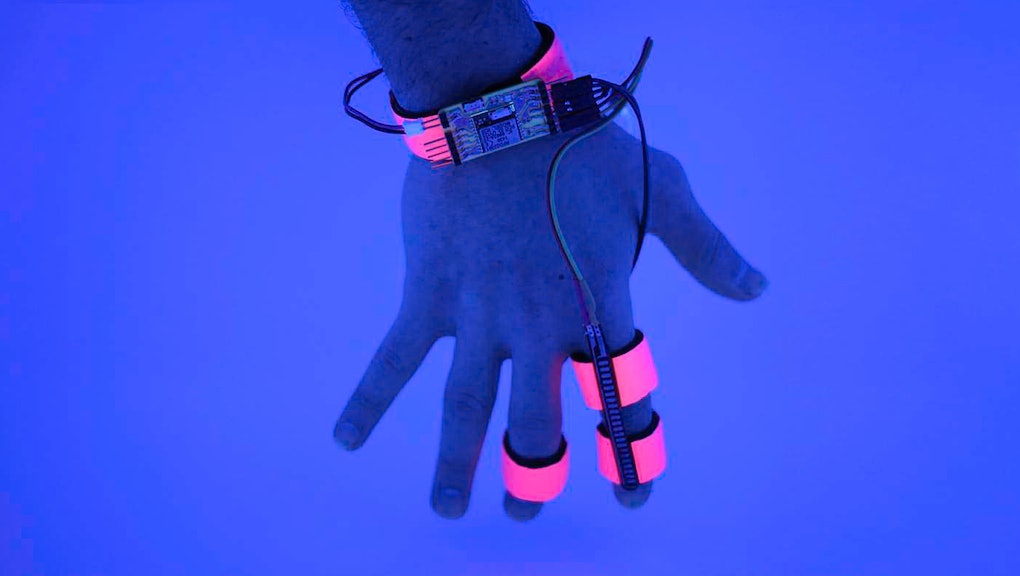 How do you control your dreams? MIT scientists think they've figured it out

Given the state of our world, being able to escape to a chosen alternate reality through dreams sounds like a, er, dream. Luckily, scientists at MIT’s Media Lab have been working on a way to let people control their dreams through Dormio, a device designed to help people imagine things or situations of their choosing just before drifting off to sleep.

Dormio is the result of several year's worth of research conducted by the Media Lab's Fluid Interfaces group, a collective of researchers working to develop wearable systems and interfaces that can be used to improve and enhance cognitive capabilities. The wearable sleep tracker they created looks something like a pared-down Nintendo Power Glove, but instead of controlling a game, it can help you control your dreamscape.

Dormio works by combining standard sleep tracking technology, which monitors the wearer's heart rate and electrical changes occurring on the surface of the skin, along with finger movements that indicate if a person is starting to enter a sleep state. Using these indicators, Dormio knows when a person has entered hypnagogia, a transitional period between wakefulness and sleep in which a person is still conscious but teetering on the verge of sleep.

Once a person enters hypnagogia, Dormio's app interface comes into effect. Prior to sleep, a person can tell the wearable what they would like to dream about. In an interview with LiveScience, Tomás Vega, one of the researchers working on the Dormio project, told the system he wanted to dream of Willie Wonka and the Chocolate Factory, so it queued up one of the songs sung by the Oompa Loompas. Once Vega was in a hypnagogic state and open to suggestion, Dormio played the song and planted the idea in his mind. The result, according to Vega, was a dream that placed him in a chocolate waterfall, surrounded by Oompa Loompas. His mind did make one slight modification, however: the waterfall was made of dark chocolate to account for his lactose intolerance.

The result of Dormio's effect is something similar to lucid dreaming, though more easily achieved. Lucid dreaming is a relatively rare state of sleeping in which the person is fully aware that they are dreaming and has the ability to consciously control different aspects of the dream. More than half of all people will experience lucid dreaming at some point in their life, but typically not intentionally. Dormio produces similar effects as lucid dreaming simply by catching people when they are at their most easily influenced state. Users don't have the same level of control over their dreams once they enter that state as they would if they were lucid dreaming, but can still inject ideas into their mind just prior to sleeping, effectively creating the dreamscape that they want.

It's possible that Dormio's version of dream control may offer some health benefits to wearers. Lucid dreaming has previously been used by trauma victims to reduce nightmares and subconscious stressers. Similarly, studies have found that dreaming in foreign languages can help people learning those languages better speak and understand them. At a minimum, Dormio will let you pick your dreams, so you won't have to wake up and try to figure out what made you think about giant shrimps riding unicorns atop a volcano. Or is that one just me?