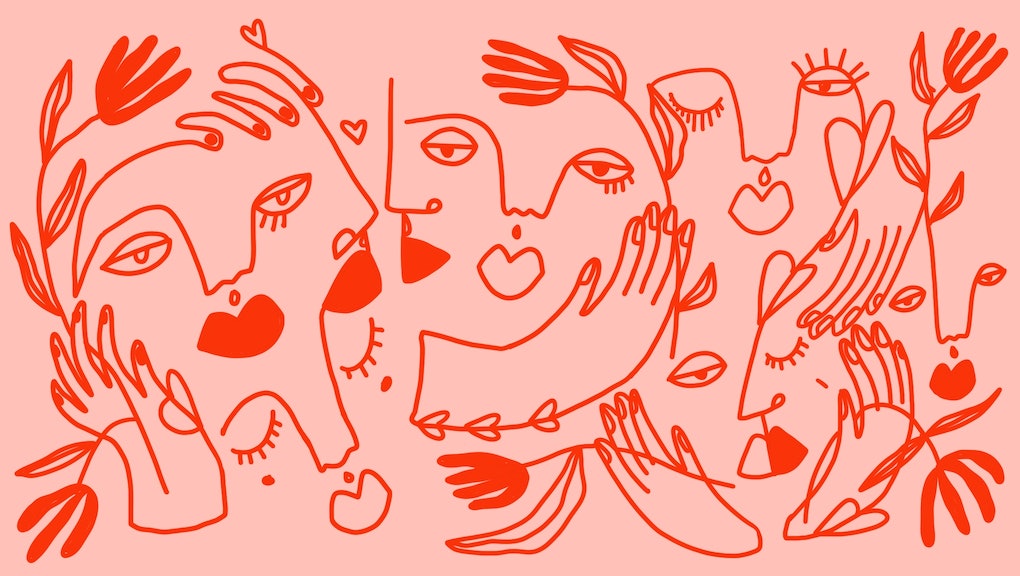 How I navigate sex and desire with my asexual partner

Sam told me, almost as soon as we met, that she was asexual. I knew enough about the diversity of human sexuality to be familiar with asexuality and have friends who identified as such. I also knew I was firmly allosexual.

Asexuality generally refers to an array of experiences of sexual attraction that are different from what is commonly expected, referred to as allosexuality. “This array includes folks who experience little to no sexual attraction, are sex repulsed, [or] experience sexual attraction only to those they have an emotional connection, among others,” says Abbie Rolf, a Florida-based psychotherapist who specializes in care for trans and queer patients.

For Sam, a series of lower back surgeries in her early 20s deeply changed how she related to her body. “I was always on the ace spectrum, especially as a stone top — a lesbian who gives but does not receive sexually” Sam says. “But the medical industry traumatized me and robbed me of my agency. I had a lot of trouble trusting people.”

Two years ago, Sam and I fell in love hard and fast. But sex was off the table, maybe for a while or maybe forever. “Sex isn’t why I get into relationships,” Sam says. “[But] I want my partners to be happy and I know sex is important for some people. I’m fine pleasuring my partner, but only as one part of a wider system of mutual care. I’ve had past partners who only wanted me for sex or would pressure me for it. I’ve felt like a sex toy a lot in my life.”

As a woman, and especially as a lesbian, I’d already had my fill of objectification and rape culture. I’d experienced fetishization and harassment for years. I knew the particular pain of having my "no" ignored and trampled over, or the pain of being used. When I was a college student, I learned that marital rape wasn’t even a nationwide crime until 1993. And in 2016, I watched (and joined) the many victims of abuse and harassment step forward during the Me Too movement.

I knew no one was entitled to sex, no matter the situation. I also knew having sex didn’t legitimize the queer love I had for Sam, or our relationship status. I agreed to respect her no sex boundary without any hesitation.

But then there was the thunder and lightning — the physical pain of my desire. It shocked me, and it didn’t go away. Sex had always been important to me and my identity as a lesbian. It was fun, therapeutic, and an important gateway to the intimacy I craved with others.

But the problem wasn’t Sam, her no's, or my desire. The pain stemmed from the belief that my worth as a woman was tied to how sexually desirable I am. Logically, this made no sense. Sam was a wonderful, loving partner. Their asexuality operated outside of me and my self esteem. As a feminist, I also knew everyone, especially women, are indoctrinated and abused by such a belief.

But the pain. No matter what I knew logically or politically, my body was telling me something completely different: You’re not good enough. You’re greedy. You’re failing at loving her. I was in pain because I internalized Sam’s agency as rejection.

“I remember that night really well. You were in a pretty bad place and going through a lot personally,” Sam tells me. We’re sitting at the kitchen table, discussing the night I'd ended an important relationship in my life, and was looking for comfort. I tried initiating sex with Sam. “Our communication wasn’t great that night and I was anxious. We were kissing and I said, ‘Is it alright if we just kiss?’ I knew that would upset you. There were a lot of internal conflicts like, Do I stop it here? Do I just keep going? But it was a no.”

I ended up crying for much of the night, then shutting down. I was cold and hurt in the morning, barely talking. “It was a no that was really hard to give,” Sam tells me. “I felt hurt and confused. I felt inadequate.”

The day after, I sat on the lip of the tub, watching water pour into the white basin. Neither of us had slept. I knew I fucked up. I put my hand under the faucet. The water was cold. I realized I punished Sam for saying no.

“Open communication is critical for any relationship, including ace-allo relationships,” Rolf says. "This includes a willingness to have potentially uncomfortable or difficult conversations from a place of genuine care. It may mean holding space for deconstructing one's own biases or internalized stigma about what asexuality is or can look like.” But coming to the table to discuss libido, mismatched sex drives, and desire can be extremely difficult — especially in a culture where frank conversations about sex are taboo.

Knowing my biases hurt my partner and relationship, Sam and I sat down for a conversation. It was the start of a very long accountability process. With my therapist, and through my own self-edification, I blew up the old, toxic notions I’d internalized and tried to confront all the invisible ways rape culture affected me and my understandings of sex. I reminded myself why I was in a relationship with Sam — for the connection, joy, companionship, and adventure that came so easily to us. What I wanted wasn’t always sex, but what sex can bring to a relationship — meaningful exchanges of pleasure, intimacy, and trust.

“Asexuality is in direct solidarity with the shift away from cis heterosexual and patriarchal views of sex,” Sam tells me. “We’re taught that love needs to be expressed sexually. But our relationship has shown me how possible it is to manifest love in a variety of ways. The key is creativity and flexibility, and of course being accountable when mistakes are made.”

Now when I lie in bed next to Sam, storms only come from outside. Thunder is just thunder. I rest knowing I will continue to become a better, more compassionate partner. I fall asleep knowing I can unlearn anything I need to.