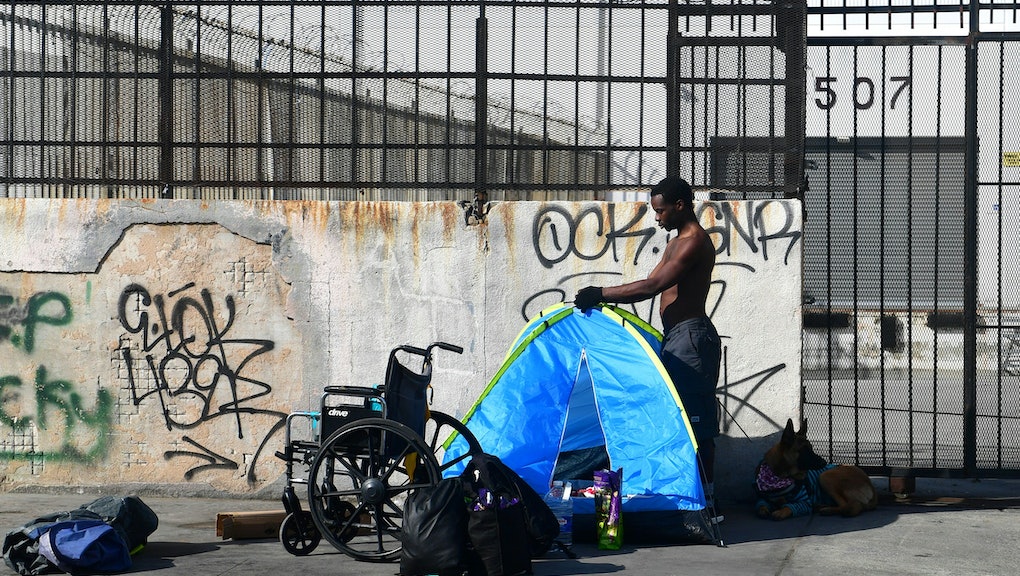 How LA's homeless problem is heavily rooted in racism

Despite making up only 8% of the population in Los Angeles County, Black Americans account for 42% of the homeless. The over-representation of Black Americans in LA’s homeless population is no accident, but the result of decades of calculated structural racism, according to an in-depth New York Times report published on December 22.

Times reporters interviewed policy experts and more than a dozen Black men who are homeless, as well as Timothy Wynn, chronicling the housing discrimination, incarceration, and struggles with depression that left him living out of his car in his late 50s. Wynn’s family arrived in L.A. in the 1950s as part of the Second Great Migration of African Americans from the South, who sought a better life. At the time, though, housing discrimination allowed Black families to live in only certain neighborhoods in South L.A., and the racist practice of redlining denied home loans to residents in these areas.

As a result, 75% of L.A. County’s Black population lived in only about 20 or so neighborhoods in South L.A., making it a thriving hub of Black culture in 1970. But unemployment, gangs, drugs, and high incarceration ravaged the area in the 1980s, a decade that saw increased outsourcing of manufacturing jobs, per a report the Times linked to in its story. The arrival of Latinx residents drove up the cost of living, pushing Black residents to Inglewood, Crenshaw, and even outside of L.A. County completely. Today, rates of homelessness among the region’s Latinx, white, and Asian and Pacific Islander residents don’t come close to those of Black residents.

Beyond South L.A., homelessness has hit record numbers — with more than 44,000 people in L.A. County living without shelter, according to the last annual street count — and only continues to rise. Plans to build temporary shelters and permanent housing units for the homeless would not only still leave thousands unhoused, it still wouldn’t solve Black homelessness, a process that experts say requires tackling deeply rooted systemic bias.

Peter Lynn, head of the Los Angeles Homeless Services Authority, pointed to incarceration as the single most important factor in improving outcomes among the homeless, and indeed, African Americans are over-represented in the prison population, too. A criminal record can stymie efforts to land a job or housing. Wynn has a felony after being arrested with 250 pounds of marijuana years ago, which he said has vastly limited his opportunities.

Wynn lived with his mom when she moved from Inglewood to Riverside in the Inland Empire. After she died of cancer, he returned to L.A. and lived out of his car. A program on Skid Row helped him transition to an apartment, where he’s lived for the past few months after living homeless for three years. Group therapy helped him feel a sense of connection, yet he remains haunted by the auctioning off of his mother’s belongings when he couldn’t make payments to the storage company that was holding them when he left Riverside. Wynn’s story is one of many revealing the City of Dreams’ long history of systematically marginalizing its Black residents.

More like this
Friendships need intimacy, too. Here's how to build it
By Melissa Pandika
Steak-umm, the social justice warrior no one asked for, tweets fire once again
By Joseph Lamour
The travel industry still ignores people with disabilities
By Brian Garrod
Stay up to date