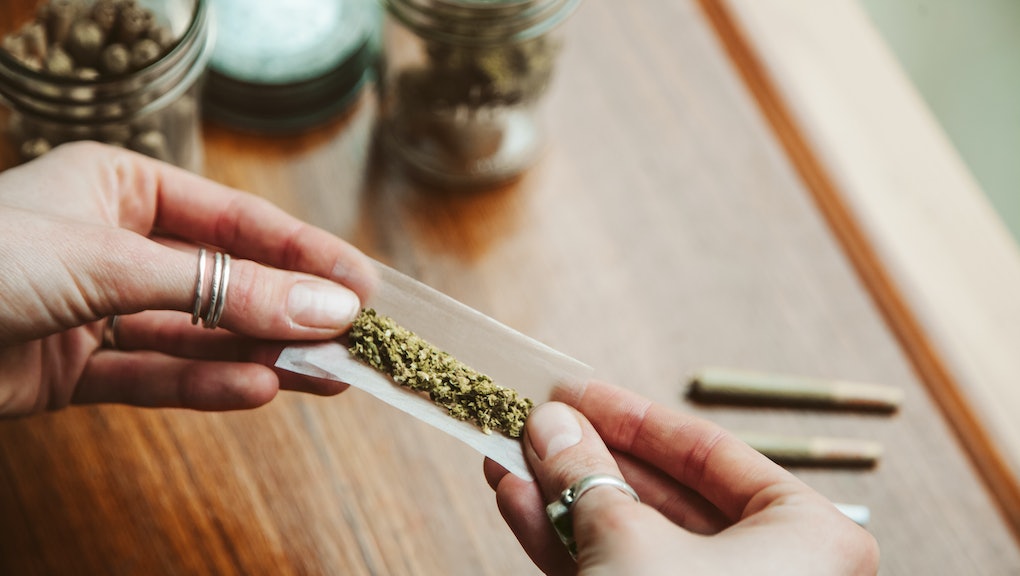 How long a weed high lasts, according to science

It's a classic conundrum: You're in the mood to smoke, but you also need to drive to meet up with a friend in your pod tonight. Sure, you can sort of predict how long your high will last based on factors like the concentration of tetrahydrocannabinol — THC, the compound that gets you lifted — and plan accordingly. Some recent research seems to remove that guesswork, at least somewhat. An analysis of previously published studies sought to nail down the answer to a hotly debated question: How long do you stay high for after you consume weed?

The research found that cognitive impairment lasted three to 10 hours after consuming moderate to high doses of THC, per a University of Sydney press release published on Tuesday. But as is often the case in science — especially cannabis science — that estimate comes with some caveats.

The analysis, conducted by researchers at the University of Sydney and other institutions, and published online in the journal Neuroscience & Biobehavioral Reviews in late January, looked at 80 studies that had measured participants’ driving-related cognitive skills after they’d consumed cannabis, organized into categories like divided attention, reaction time, and motor function. Some of the studies involved driving simulations. The researchers found that people in the studies they assessed recovered most of their driving-related cognitive skills within around five hours — and nearly all of them within seven hours — of inhaling 20 milligrams of THC.

That timeframe can shift depending on certain variables, though. The analysis suggests that high doses of THC in the form of edibles can leave you impaired for up to 10 hours, Danielle McCartney of the Lambert Initiative for Cannabinoid Therapeutics at the University of Sydney, the analysis’s lead author, explained in the press release.

The release noted that the researchers defined around 10 milligrams of THC as a moderate dose, but what counts as "moderate" can also vary from one person to the next. Ten milligrams might be a lot for someone who consumes cannabis only occasionally.

In other words, it’s great that the researchers put some numbers to how long a high can last, with their results suggesting that you should wait at least five hours after smoking or vaping weed before performing what they call “safety-sensitive tasks,” like driving. But even they acknowledged in their analysis that this recovery time depends on a number of factors, including the THC dose, and how you consume it. (The high from edibles may take longer to wear off.)

The fact that they conducted an analysis of previously published studies also requires us to interpret their findings with a pretty substantial grain of salt. Although Lewis Nelson, chair of the department of emergency medicine and chief of the division of medical toxicology at Rutgers New Jersey Medical School considers the analysis “well-done overall,” he notes that it “still does not replace a well-done, ‘gold standard’ randomized trial.”

An analysis like this one takes studies with slightly different methodologies, parameters, and patients, and essentially combines them into one, so that we can draw broader conclusions better from it than we could from any of the individual studies, Nelson explains. But to truly determine how long cannabis leaves people too high to drive, he notes, you’d need to put participants who are stoned in the driver’s seat. “It’s not a study you can reasonably do.”

He also points out that the doses of 10 and 20 milligrams of THC, used as standards in the analysis, “are fairly low by today's cannabis use practices.” Keith Humphreys, a professor of psychiatry at Stanford University, adds that the amount of THC in cannabis products has risen sharply over the years, "so people are consuming bigger doses than they would have 10, 20 years ago."

The researchers who ran the analysis believe their results could help inform driving laws. “THC can be detected in the body weeks after cannabis consumption, while it is clear the impairment lasts for a much shorter period of time,” Iain McGregor, Academic Director of the Lambert Initiative at the University of Sydney, and one of the authors of the analysis, said in the release. In other words, drivers should be dinged based on how long cannabis impairs them, not on the mere presence of THC in their bodies. Several states in the U.S. have zero-tolerance laws for cannabis, which prohibit driving with any detectable amount of THC and/or metabolites, according to the Governors Highway Safety Association.

Pinning down how long weed leaves you too high to drive is tricky, though. “The task is very contextual to the whole thing,” Nelson says. He notes that in most cases, yes, you’d probably be fine to drive five hours after inhaling 20 milligrams of THC, as the analysis found — “but is most of the time good enough?” Maybe you wouldn't be too impaired to, say, drive down a straight road at 40 miles per hour, but if a deer happened to dart in front of you, “any degree of impairment would be a really bad idea.” Basically, you’d need to ask yourself if you’d be willing to take that risk, he adds.

There are other challenges to making broad recommendations about what you can and can’t do after consuming cannabis. For one thing, “we don’t have good technology like we do for alcohol to do roadside testing,” Humphreys tells Mic. And while there’s really only one way to consume alcohol, with cannabis, “it’s hard to make recommendations when people may be dabbing it, vaping it, eating it in a cookie. All those things will change how much impairment there is, how fast it comes on, how long it lasts.”

Still, “what [the researchers are] saying is not wrong,” Nelson says. He explains that their findings support what we know: Your blood THC levels rise faster when you smoke cannabis than when you ingest it, and are to some extent correlated with your degree of cognitive impairment, or how high you are. Also, THC can hang around in your body for a while — if you hit up a cannabis bar at 5 p.m., for instance, you might be impaired until the wee hours, Humphreys says. Basically, if you consume cannabis, you’ll want to budget plenty of time before attempting any complex tasks that require you to be “on,” including driving, and even then, it could still carry some risk.

More like this
To legalize weed successfully, we need to draw inspiration from Canada
By Michael J. Armstrong and Paul Seaborn
Tattoos and COVID-19 vaccine: How long do I need to wait?
By Melissa Pandika
How to feel sexy again, according to a therapist
By Melissa Pandika
Stay up to date