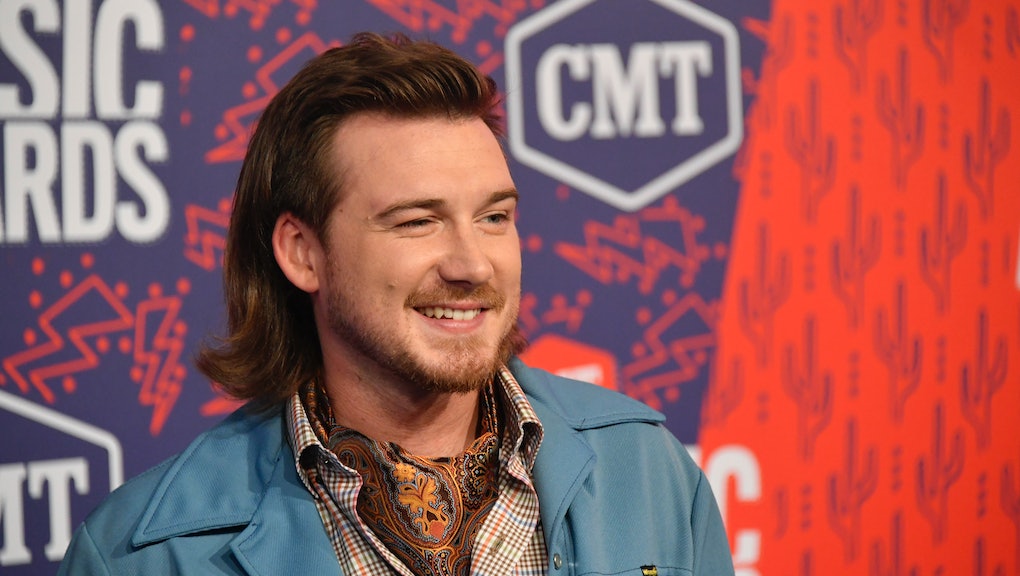 How many second chances is Morgan Wallen going to get?

Being famous can’t be easy, but not blowing innumerable opportunities while famous has to be easier than Morgan Wallen makes it look. If you remember back in 2020, he was slated to be the musical guest in one of Saturday Night Live’s first episodes back in the studio, but Wallen was caught partying and making out maskless — months after being arrested for public intoxication and disorderly conduct at Kid Rock’s steakhouse. After violating SNL’s COVID protocols, he was dropped from the show, but they still had him back in two months. These pale in comparison to his latest PR flareup.

On Tuesday night, TMZ posted videos of a drunken, reckless Wallen stumbling home after a night of partying in Nashville. As car horns blared, he shouted a number of profanities before firing off the N-word. Since this was such a loud commotion, one of his neighbors filmed videos of the incident and sent them TMZ’s way. Wallen sent an apology statement to TMZ, which is included at the bottom of the post:

“I’m embarrassed and sorry. I used an unacceptable and inappropriate racial slur that I wish I could take back. There are no excuses to use this type of language, ever. I want to sincerely apologize for using the word. I promise to do better.”

Since this isn’t the kind of thing that just slips out of you on a drunken whim without similar incidents in the past, he’s already facing swift consequences, for now. Country radio stations removed Wallen from their playlists in short order, and Spotify and Apple Music have followed suit.

The situation isn’t entirely without precedent, but it also kind of is. Wallen’s new double album Dangerous, is easily the best-selling album of the year so far, topping the Billboard 200 for three straight weeks and tying Jason Aldean for a Billboard Artist 100 record. In other words, the guy is on top of the country music industry in a way that other disgraced stars who’ve been removed from streaming playlists simply haven’t been. The music press, streaming, and major label apparatus have fallen in lockstep to anoint this guy as the future of country music, when it certainly isn’t the most welcoming one.

While some in the country music industry have attempted to “this is not who we are” their way out of the Wallen situation, other stars have pointed out how the industry works overtime to protect and preserve Wallen’s career when he represents an enormous paycheck. “It actually IS representative of our town because this isn’t his first 'scuffle' and he just demolished a huge streaming record last month regardless,” Maren Morris, of "The Middle" fame, wrote on Twitter. “We all know it wasn’t his first time using that word. We keep them rich and protected at all costs with no recourse.”

Although a more welcoming industry would exorcise or actually vet people like this before they rise to stardom, it still would be one that is largely inhospitable to Black performers. It's no accident that the same industry to boost Wallen also fosters an environment where only in 2021 did the first Black female solo artist, Mickey Guyton, receive a country Grammy nomination. Wallen has quickly attained an almost irreversible level of popularity — and it’s hard to imagine racist language and playlist removal slowing the juggernaut to a halt.