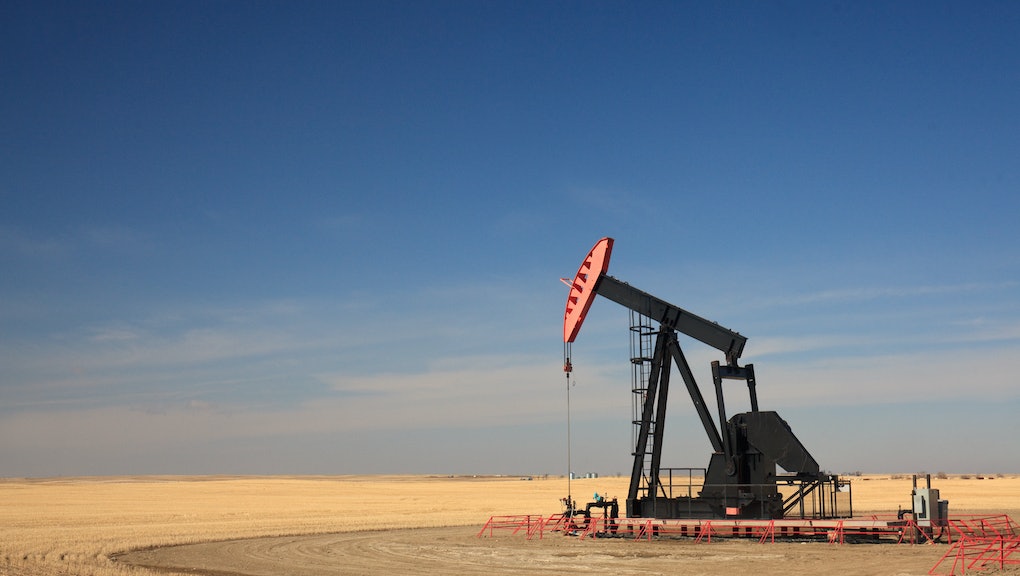 Oil and gas companies are making a mess of the planet, not just by feeding our fossil fuel addiction, but by failing to clean up after themselves. Energy companies around the country exploit the land to extract oil and natural gas, but when the fuel (or the money) dries up, they often simply abandon the wells. This passes the buck to the communities and states where these wells have been left behind — and the cost of plugging them and cleaning up excess waste is staggering. Research published by Carbon Tracker shows that across the United States, there are more than 2.6 million unplugged wells that have been abandoned. Plugging those wells will cost taxpayers an estimated $280 billion.

To understand this national scourge, it's worth zooming in to see how dire the situation is in just one state. A recent report from Mother Jones highlighted how the state of Colorado, after years of inviting the oil and gas industry to set up shop and extract fossil fuels from its land, has been left with a mess on its hands. There are more than 60,000 abandoned wells across the state, which would cost about $140,000 each on average to plug, according to Carbon Tracker — a process that requires dumping cement down the hole drilled to extract gas and removing all of the infrastructures around it used to extract and transport oil. In total, it could cost the state $8 billion to plug and clean up its abandoned wells.

Colorado's leadership could have predicted this, as the oil industry has been doing this for decades. In Texas, according to the Houston Chronicle, there are more than 783,000 abandoned wells across the state. Oil companies have only plugged about one out of every three of them, leaving taxpayers with a projected clean-up cost of $117 billion. While one might expect a Republican-controlled state like Texas, which has a love affair with the fossil fuel industry, to drink the metaphorical Kool-Aid. But in 2013, John Hickenlooper, then the Democratic governor of Colorado, did it literally: In attempting to prove that fracking isn't dangerous to citizens of Colorado (it is), he drank fracking fluid. Then, clearly feeling the effects of the elixir, threatened to sue any community in the state that tried to ban fracking.

Hickenlooper got his wish with a huge fracking boom and a 70% increase in applications to drill in Colorado — which led to a record level of oil and gas production. And then the fossil fuel business stopped being so profitable. When the coronavirus pandemic hit, the demand for oil and gas grinded to a halt. It got so bad that American oil producers were literally paying people to take their oil, and many of the companies exploiting the land went bankrupt.

Those companies are supposed to be on the hook for the cleanup of the land and plugging of the wells that they happily drilled and sucked profits out of, but they often get out of that responsibility. In Colorado, companies are legally required to provide bonds that the state can call on to cover the cost of plugging wells, but Climate Tracker reported that the industry has provided only enough in bond funds to pay for about 2% of the total cleanup cost. This is in part because oil companies play an industry-wide shell game to pass the buck on the responsibilities until it becomes nearly impossible to hold anyone accountable.

“This is a common tactic in the oil and gas industry: Spinning off liabilities to progressively weaker companies until the final owner goes bankrupt and none of the previous owners are on the hook for cleanup,” Clark Williams-Derry, a finance analyst with the Institute for Energy Economics and Financial Analysis, told Mother Jones.

This is happening all across the country. Oil companies are going under everywhere and leaving behind unplugged wells that leak methane until they are finally dealt with. The situation is so bad that, according to Climate Tracker, we're not even sure how many abandoned wells there are — companies abandon them so fast there might be as many as 1.2 million undocumented wells that require plugging. This is the playbook of the oil industry: Privatize the profits and socialize the costs.

More like this
The Green New Deal is back, baby
By AJ Dellinger
Google Earth's new Timelapse feature is a rude awakening for climate skeptics
By AJ Dellinger
The skyscrapers of the future will be made of wood
By Rima Sabina Aouf
Stay up to date