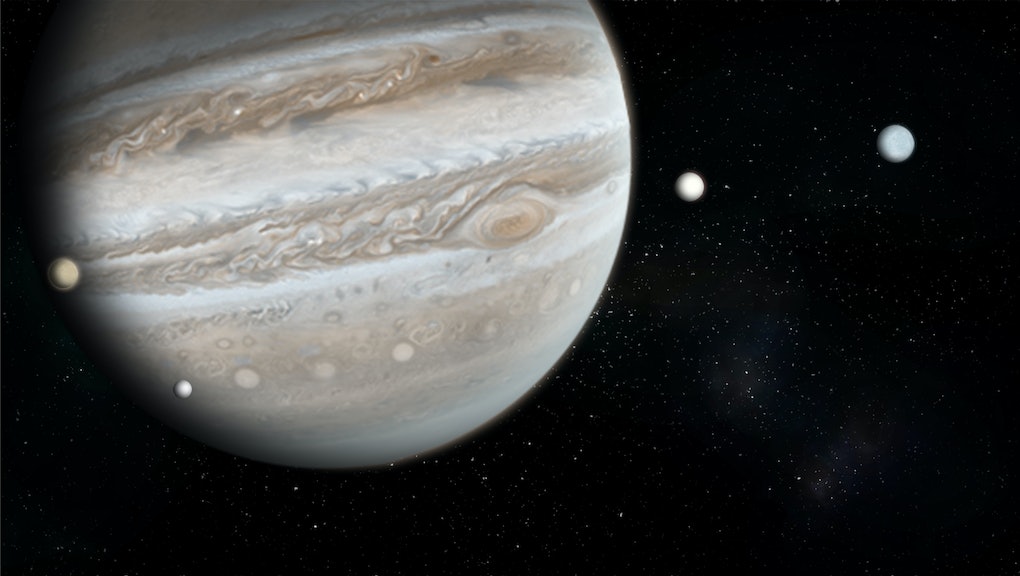 How sentient life could evolve across the universe explored by scientists

If we ever transcend the outer edges of the solar system and find life there, the organisms found likely won't be a direct relation to humanity. Scientists have previously theorized that sentient life across the universe has skipped around from world to world while riding aboard chunks of rock blasted into space following asteroid or comet impact. Some researchers have even suggested that Earth, full of life as it is, is a surrogate planet for organisms that originally came from Mars. But could those organisms potentially help colonize locations as far out as the oceans of Jupiter's moon Europa?

Last month, Purdue University geophysicist Jay Melosh held a discussion at the American Geophysical Union's annual fall gathering to discuss the hypothesis, which was meant to test whether a similar method with rocks and asteroids would seed life on Europa and beyond. Using a series of computer-generated models, Melosh simulated around 100,000 particles from Mars launched into space by some unknown impact with ejection speeds of around 2,240 mph to 11,180 mph.

The simulations demonstrated that only a miniscule amount of particles ended up hitting Enceladus, one of Saturn's satellites, after a whopping 4.5 billion years, with around 100 times more than that for Europa. This means that, crunching the numbers and running the models, there's a very good chance that life could have spread from Mars all the way to Europa or Enceladus. But those are the models' findings, and not exactly how things would go down 100% in real life. They were put together, after all, as a kind of conjecture.

What really puts a damper on things are the fact that any sort of meteorite traveling from Mars to somewhere as far away as Enceladus is the fact that it can take a whopping 2 billion years to reach that fixed location in space, and any microbes on the rock would have to remain viable long enough to reach Enceladus, dealing with some rather harsh living conditions and then thriving enough to bring life to the remote area.

"So, the bottom line: If life should be found in the oceans of Europa or Enceladus, it is very likely that it’s indigenous rather than seeded from Earth, Mars or (especially) another solar system," Melosh concluded.

So while it's possible that life could come from Mars or Earth and float all the way out by way of rocks to Europa and Enceladus, it's more likely that any organic life found there would be indigenous. Currently, NASA is working on its Europa Clipper mission for a mid-2020s launch, so hopefully we'll have more insight into the matter soon enough. Whether it came from Earth or flourished on its own without outside influence doesn't really matter at that point, however, if we discover new life.