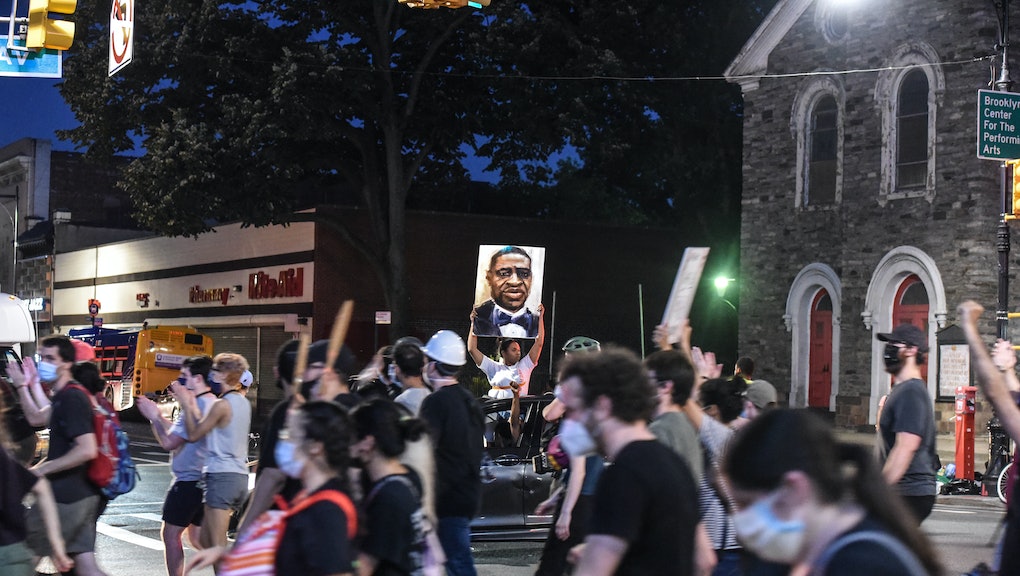 Tom Cotton’s op-ed for The New York Times, which initially ran with the headline “Send in the Troops,” opened the floodgates. The piece argued for the President to use military force against demonstrators protesting the killing of George Floyd by Minneapolis police. In response to the piece's inflammatory rhetoric, staffers at the Times staged a careful social media protest, taking to task the implicit racial imbalance in the story’s editorial process. After an internal review, the story’s editor, James Bennet, resigned. Just days later, Bon Appétit’s editor-in-chief Adam Rapoport would resign after a racist Halloween photo unraveled a long-simmering reckoning of racial pay disparity and mistreatment within the magazine's parent company Condé Nast. In the past week, editors at the Philadelphia Inquirer, Refinery29, and Paper Magazine have also resigned in the wake of internal charges over racial disparities.

But while a number of media organizations are pledging to make changes in the face of these revelations, some local newspapers are doubling down. Last week, the Pittsburgh-Post Gazette removed a Black reporter, Alexis Johnson, from protest coverage after she posted a tweet poking fun at the difference in reactions to cases of looting around protests and the messes left behind after Kenny Chesney concerts, which are the stuff of local lore for their chaos. She was informed last Monday that she’d be unable to cover any future protests because of the tweet. After many of Johnson’s colleagues spoke out and reposted the tweet in her defense, Post-Gazette management reportedly disqualified or “conflicted out” 82 guild members from covering future protests.

Two of Johnson’s colleagues, Ashley Murray and Lauren Lee, published stories on Friday summarizing a city council discussion about police brutality and a local protest, respectively. According to a report from Pittsburgh City Paper, both stories were removed from the site late in the evening without explanation or an editor’s note. By Saturday morning, the stories were republished under new links, without author bylines, and with significant changes to the text. Lee’s piece on a protest in the city’s East End originally contained a lead image of protesters with Black Lives Matter signs, but was replaced with a photo of cops kneeling at a different march.

By Saturday afternoon, Michael Santiago, a Black Pulitzer Prize-winning staff photographer who captured striking images from the previous week’s protest, was also removed from covering the day's protest. Instead, the paper sent no photographers to cover the event, or to cover two subsequent protests. Santiago wrote on Twitter that the Post-Gazette “has chosen to silence two of its most prominent Black journalists during one of the most important civil rights stories that is happening across our country.”

Instead of reinstating the reporters who were pulled from protest coverage, Post-Gazette management allegedly offered Johnson a last-ditch consolation. On Monday night, managing editor Karen Kane told the paper's copy desk editor to ask Johnson if she'd like to fly to Minneapolis to cover George Floyd's memorial service. There were some problems here: the Minneapolis memorial already happened — they mistook it for the Houston service, which happened on Tuesday — and Johnson was only presented with this offer 16 hours before that service began.

The racial tensions being exposed in the newspaper business only compound an already fraught situation. Like so many metro newspapers, the Post-Gazette is also engaged in an unending labor struggle, which has resulted in numerous National Labor Relations Board violations, illegally refusing to cover employee healthcare premium increases, and increasing rounds of buyouts. Last year, publisher John Robinson Block showed up to the office one night to scream at union members. Perhaps not coincidentally, management’s efforts to dig into this latest clash come as staff considers a company buyout offer, with an aim to reduce the newsroom at least 20 percent by July 3.

It makes sense that the crisis unfolding throughout the media world comes on the heels of nationwide protests about systemic racism in policing. Like many newsrooms, The Post-Gazette is attempting to suppress diverse voices in the name of a failed notion of detached objectivity. Of course, it is always objectivity in the service of a particular worldview. For example, on Martin Luther King Day in 2018, the paper ran an editorial titled “Reason Is Racism,” endorsing President Trump’s “shithole country” remarks.

While the recent run of high profile resignations might suggest that the winds are changing, the treatment of Black reporters at the Pittsburgh-Post Gazette show how entrenched these problems are. During a press conference on Monday, Johnson explained how being the Black daughter of a retired state trooper father and probation officer mother makes her uniquely suited to cover the protest movement.

“Black journalists have been covering these stories since the beginning of time,” Johnson said. “We still have to experience that trauma in real-time and show up and report the news fairly.”

(We’ve reached out to Post-Gazette managing editor Karen Kane and executive editor Keith Burris, and will update this post if we hear back.)