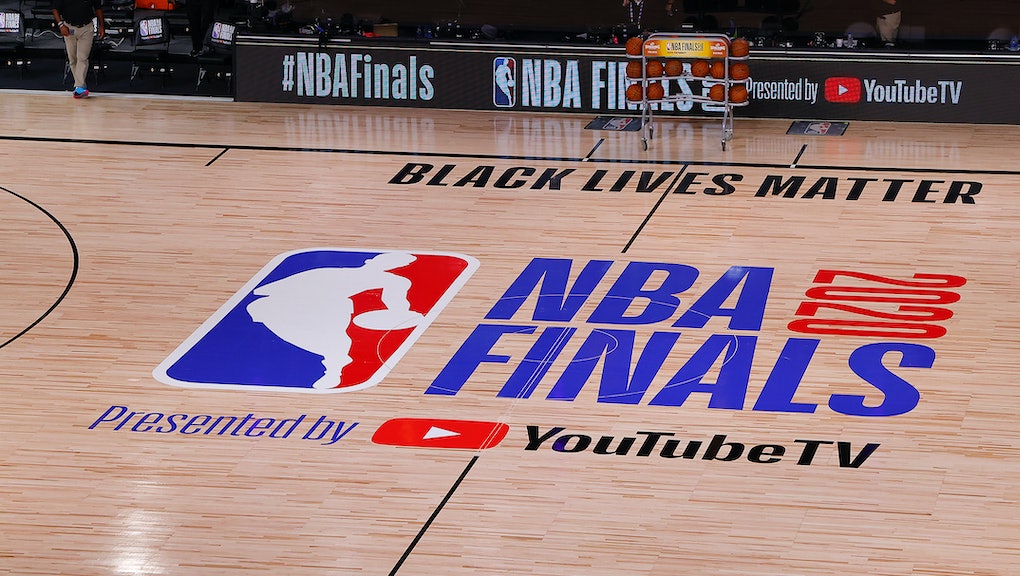 Reggie Jackson believes that the most important part of being a financial planner is communication. The 29-year old is the First Vice President of Capital Advisors Consulting, a firm that exclusively works with the bank accounts of professional athletes, and during that time he's taken on a slew of up-and-coming clients like the New York Knicks' RJ Barrett, the Oklahoma City Thunder's Shai Gilgeous-Alexander, and PJ Washington of the Charlotte Hornets. Jackson will take care of all the boring stuff; he'll dispense expertise on stocks and bonds, schedule VC meetings, and budget out contracts. But by far, the most important part of the job is to ensure that his clients value his opinion, and that can only be achieved through the power of networking, trustworthiness, and, well, affability. As a Black 29-year old, Jackson perceives himself as a peer to his clients; akin to the friends, brothers, and cousins they grew up with. The old, white faces that fill out the rest of the industry simply don't claim the same gravitas.

Jackson himself was a standout high school basketball player who played on the same Varsity team as Washington Wizards' all-star point guard John Wall. Wall helped Jackson unlock some of the doors into the insular world of the NBA clubhouse, and the two remain close to this day. Jackson never has the final call for what his clients do with their money, but if he does his job well, they'll at least value his opinion before pulling the trigger on a promising new investment. We talked about that, as well as the increasingly diversified branding options available to anyone on an NBA contract, and the tricky art of saying no to friends and family members who want to delve into his client's pocketbook.

When did you get interested in financial management, particularly for athletes? Was that always your goal?

I inherited it along my journey. My dad always told me to study finance, so I always had that mindset, and with the friendships I made in high school and college, it caused a shift in my mind to focus on finance and also sports. When you look at the industry, there aren't many individuals who look like me. But the athletes themselves, they look like me. I wanted to bring a different flavor. That's how I ended up here.

You're right. The typical image of a financial advisor tends to be an old white guy. Do you think being a young Black male has given you any advantages in this business?

I think it definitely has a major appeal. Not only do I have the knowledge to do the work for these guys, I'm also more relatable in a sense. To the players, and the family members. The parents will meet me and say, "I see my son in you." The athletes might see their older brother in me, or someone who is just cool. Down with the latest fashions, but also able to give advice on how to save and invest.

Is it important to develop a relationship with your client's family in this line of work?

That's super important. People underestimate that. You can do a great job with your client, but if their mom doesn't like you, you're putting yourself in troubled waters if a situation doesn't go properly. These guys depend on me to take the pressure off them for answering questions or finding solutions for the family's problems. Or even to just be the person who tells a family member, "No, at this time we can't afford to do X, Y, or Z, but we'll revisit it later." Also, when you want to get a message through to these guys, since I work for them, I might not always be the best person to deliver that message. When you have a great relationship with a family member, you can tailor it to them, and hit it from both angles.

You've talked a lot about that transition period, where a player goes from college to the NBA and all of a sudden is making a ton of money, as being really tricky. What's your strategy there? How do you try to keep your clients grounded?

You try to do it. There's no way you can control the process. That's a common misconception. People are like, "You have people overseeing your money, how do you go broke?" At the end of the day, it's still that person's money. I can't hold it ransom. I can't hide it. It goes back to the relationship thing. When guys genuinely like you and respect you, they'll listen a little bit more. They'll also learn from trial and error. One of my guy's had a birthday and he wanted to get a new watch and some furniture. He was like, "What's the best way to purchase this?" I'm like, "Well, the couch is $12,000 and the watch is $28,000, do you really want to spend $40,000 in one day?" He was like, "Dang, maybe I don't," and we went from there. You want to give them some freedom, they've worked so hard to get here, but you also have to teach them the importance of looking into the future. They understand that though they're making a ton of money right now, they don't get to work for nearly as long as you and I do. We have to treat these guys like they might never get another contract. One of my clients is on the verge of getting a max contract, but he doesn't have it yet. So we can't start moving like we already have it. Injuries, and unfortunate situations can always surface.

It's funny how this job can be both, "What stocks should we be looking at?" and also, "Maybe we shouldn't splurge on this watch."

Right, you don't have to overcomplicate it. Stocks are stocks, bonds are bonds, budgets are budgets, but if you can't communicate with your client effectively, then it doesn't matter.

I imagine that a lot of investment opportunities come your way. In general, how often do you say no to those?

I'll tell you this. It's a lot of nos, and a few yesses. I look at it this way: If I advize my athlete to take this investment deal and it goes wrong, not only will I lose money, but I might get fired as well. I'll introduce guys to VC deals all the time just to get them exposure. But actually pulling the trigger? It's not too often. It's tough. Some of the pitches I get are from friends of mine. I might invest in it if it was my money, I believe in them, but for my client's money? I try to be careful.

When you're budgeting for an athlete, and you tell them they have X amount of money to spend this month, are guys ever like, "You know, I really appreciate you're giving me a scope of where I'm at financially."

I think so. I'm fortunate to have clients that value my opinion, and when we budget, we curtail it to their spending habits, and how they live. It gives them a challenge. If I have a budget with what you're spending, and what I recommend, it gives them something to strive towards. If I say, "You'll be worth $4 million in two years, but if you cut back on recreational spendings, you might be at $4.5 million." Guys enjoy that.

The NBA is such a different ecosystem than it was 10 years ago. So many guys in the league have their own media companies. A bunch of them are streaming on Twitch. There are so many different revenue streams and opportunities for branding. When you talk to veterans around the finance management business, do you get the sense that this job is changing with the times?

I think it is a different game. I joke about that with my CEO. We've revamped a lot of our systems. It's not just superstar athletes who are changing the way things are done. I have a guy who was undrafted, on a two-way contract, ended up getting a guaranteed contract this season, and he made a decent amount of money off the court. He's the 12th man on the bench, but he's streaming video games and made a ton of cash doing that. It's a new world. You've got to adapt.

How are you able to have the harder conversations with athletes, when, let's say, their dad wants to open a restaurant and you don't think it's a wise investment? That's beyond money, obviously. That's an emotional question as much as it is a finance question. So how do you navigate that?

My mom always makes fun of me for how blunt I am. My peers say that too. I just can't help it. So I think that makes it easier to have those tough conversations.

Do you still play with John Wall ever?

He's been going super hard with rehabbing, and he's more than 100 percent now. But I haven't stepped on the court with John in a while. I still talk trash to him, like, "Remember in high school? I was giving you buckets." He's actually the reason I quit basketball. I was moving up, and I was on his team, and I was like, "Shit man, I'm never getting playing time behind this guy." That caused me to reevaluate my career as early as the 11th grade.

This article was originally published on Oct. 11, 2020