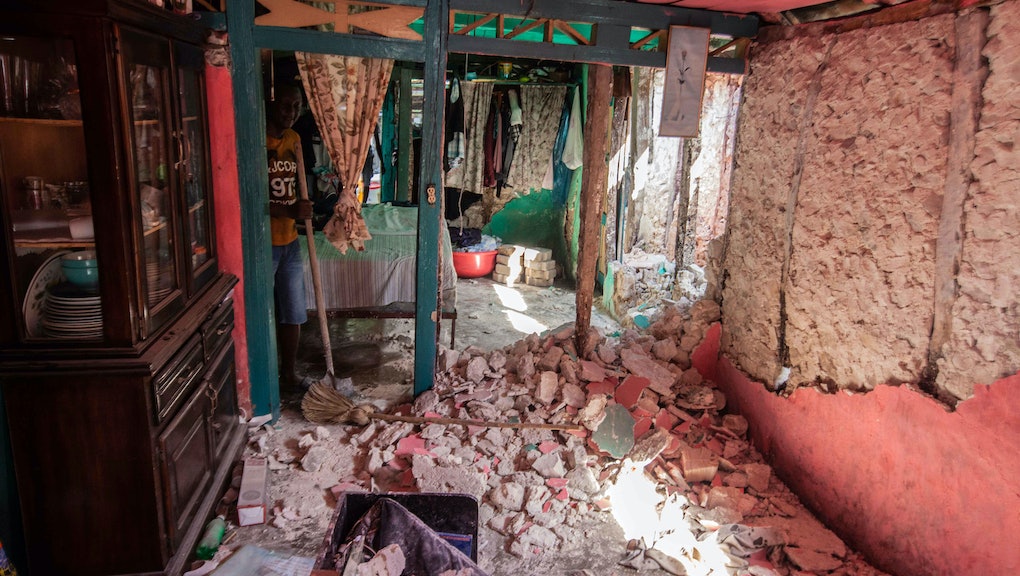 How to best help Haiti, according to Haitians

Over the weekend, the nation of Haiti was shaken by a 7.2-magnitude earthquake. The amount of destruction done is still being measured. The death toll has already passed 1,300, with more lives lost still expected to be tallied. Thousands more are injured and desperately seeking care, though it has been difficult to come by as hospitals struggle to take in everyone who needs help, and damage to infrastructure has made it hard to navigate the region. Even as support in the form of relief workers and emergency responders pours in, the threat of a tropical storm that could cause flooding and mudslides is looming.

All of this can be enough to make you want to help in any way that you can. It's a great instinct, and one that you should follow. But don't let it lead you to give to opportunistic organizations that are better at collecting money than using it. When Haiti was struck by a 7.0-magnitude earthquake in 2010, a disaster that killed more than 100,000 people, the Red Cross launched a massive fundraising effort and promised to help the nation rebuild. As a result, more than $500 million was given to the Red Cross. But in 2015, ProPublica and NPR published reporting that found the organization managed to build just six total permanent homes with those donations. The investigations found lots of poorly managed and executed projects, big promises and minimal actual results — all carried out by an organization that was deeply in debt prior to the Haiti fundraisers. As a result, Haitian citizens have asked people to stop giving money to the Red Cross if they want to support the country as it recovers from disaster.

There are better ways to make sure that your support actually goes to those who need it. Here is a quick guide to how you can help Haiti, as told by the people who know best.

The best way that you can ensure that your money is going to help people in Haiti is by giving to them directly. If you have friends or family in Haiti or know others in the region, consider giving money directly to them. They know best what kind of support they need at this time, and it removes the middleman, so no money is skimmed off the top and there is no delay in distributing the cash.

Laura Wagner, a writer who helped maintain an archive of Haiti’s first independent radio station, recommends not rushing to send money. "Wait a couple days for people in the affected regions, and people with ties to the affected regions, to suggest smaller groups and organizations that are best equipped to respond to this crisis," she writes on Twitter, noting, "Most people who are rescued — whether from the rubble or from the longer consequences — will be saved by their family, friends, neighbors, and community."

There are some organizations already on the ground with experience in the region and an understanding of what can be done. Hope for Haiti is one of those groups. It has been operating in Haiti for more than three decades and has worked directly with the people of the country in response to disasters in the past.

Hope for Haiti is based in Les Cayes, the city hit worst by the recent earthquake. "Although our Infirmary St. Etienne in Les Cayes suffered from some damage, it reopened this morning to provide wound care and other essential services like clean water to members of the community," Taylor Hebble, director of communications for Hope for Haiti, tells Mic. "We are also currently preparing for Tropical Depression Grace, which is predicted to pass directly over the south of Haiti and bring significant rainfall and flooding this afternoon."

Hebble says that Hope for Haiti's team lives and works within the communities it serves. Currently, the organization is made up of "62 Haitian doctors, nurses, program managers, and others dedicated to improving their own country."

Formed in 1995, FOKAL has an established history in Haiti and works directly with community members in the region. It distributes funds to local partner groups that know where the financial support is most needed and how to best utilize it. The organization is planning to work with its more than 20 grassroots organizations in Haiti to determine where support is needed. It then plans to start work on water treatment programs to ensure access to clean water. Finally, the organization will shift focus to local human rights organizations to help push for reconstruction plans that best serve the communities affected.

Community Coalition for Haiti is a faith-based organization, tapping partner churches in the U.S. to work to provide aid and support for communities in Haiti. The organization is currently collecting medical supplies to send to medical professionals on the ground and hospitals that have had their stock of supplies dwindled by the earthquake. For direct and immediate help to those who need it the most right now, this charity is a great option.

The Haiti Emergency Relief Fund provides direct aid offered by a group of volunteers who take no wages or cut from donations. The fund is dedicated to distributing money directly to community members — primarily women, whom the organization identifies as the "primary caregivers in every community." This organization is recommended by the Haiti Information Project, a supporter-backed news organization that covers what is happening in Haiti.

There are lots of great charitable organizations that operate directly in Haiti or work with Haitian people. The Haiti Response Coalition, a collective of experts who have lived and worked on human rights efforts in Haiti, has put together an extensive list of local groups and aid providers with a history of doing meaningful work in the region. Take a look at the organizations operating in Haiti, find out what they need, and provide any support that you can.

More like this
Live from New York: Revisiting the totally bonkers era of post-9/11 'SNL'
By Rafi Schwartz
After 9/11, the U.S. leaned into security theater. Here's how that's playing out 20 years later
By Vanessa Taylor
How the shock and confusion of 9/11 enabled our modern conspiracy era
By AJ Dellinger
Stay up to date