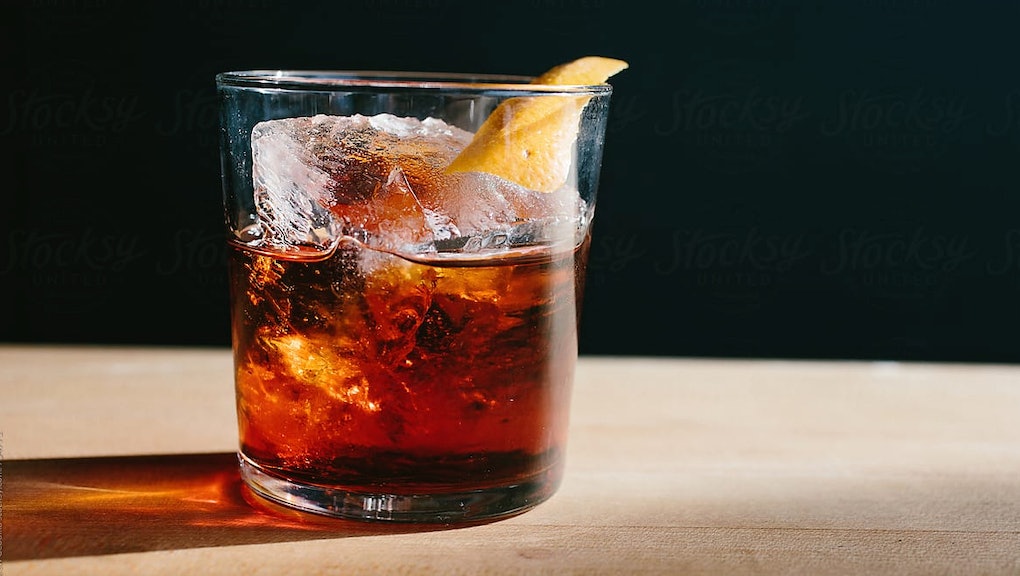 How to drink whiskey like you know what you're doing

I’m standing on the lawn of the Jim Beam distillery in Claremont, Kentucky. The sticky summer heat is oppressive and all I can smell is bourbon — its aroma permeates the air like a strong perfume. The property is sprawling and feels secluded, even though I know the highway isn’t far away. In the distance stand the massive warehouses that hold more whiskey than a strip of Brooklyn dive bars. Nearby are a little red barn and an old, stately home with a wrap around porch complete with rocking chairs. It’s picture perfect.

My last interaction with anything resembling whiskey was when I was 22 and drank so much Jack Daniel’s that I called my ex crying, thinking I was going to die. Classic.

Apart from that ill-fated night, though, whiskey and I have not really been a thing. With the exception of the more dorm-friendly bottle of Daniel’s, it’s always seemed like an old man drink or a libation for wealthy Donald Draper-types who hoard expensive bottles to show off to their friends. Whiskey is intimidating, steeped in tradition and history, with so many unspoken rules about how to consume it “correctly.” It made me wonder, on behalf of all of us who want to enjoy it but have no idea what the big deal is about Pappy Van Winkle — how does one start sipping this sauce like a pro?

As eighth generation Beam distiller and creator of Little Book Whiskey, Freddie Noe, says during a press gathering I attended for his latest blended whiskey release: “There’s no wrong way to drink our whiskey. Drink it any damn way you want.” So with those rousing words of encouragement, I’m ready to give whiskey another try. And after a short but immersive experience at distilleries, here’s my (formerly) clueless drinker’s guide to whiskey.

Bourbon is just one branch of the whiskey or whisky (only spelled the latter way if it’s from Scotland, Japan or Canada) tree. And whiskey is the overarching category that encompasses bourbon, rye, and scotch, but also several variations of whiskey proper – Irish, Tennessee, and Japanese, for example.

The difference between the various liquids comes down to ingredients, how they’re aged, and some weirdly specific laws. Like for bourbon, it has to be made in the US (it’s mostly made in Kentucky) for it to be called bourbon. Whiskey can be made from literally any high-starch grain, even something as weird as quinoa. But the more common bases are corn, wheat, rye, and malt barley. These can be combined or not. For example, all the Jim Beam bourbon is made from a mix of corn, rye, and malt barley. Meanwhile, a single malt scotch, I recently learned, can only be made from malted barley.

But the raw ingredients all go through the same basic process to become alcohol. The grains are milled and cooked down into a mash. Then yeast is added and the grains ferment as the yeast eats up all the sugar and creates alcohol. On a tour of their distillery, Jim Beam’s American Stillhouse manager, Jason Betts tells me that the fermented liquid is then distilled into alcohol in something called a “still,” which heats up the alcohol to vapor and then cools it back down again into liquid removing water and impurities along the way.

Betts explains whiskey is usually distilled twice, never going past 160 proof, because the more you distill it — and the higher the proof — the less flavor there is. He adds that’s why good vodka is distilled so many times and at higher temperatures — it’s supposed to be virtually tasteless, which can be crisp and pleasurable versus bitter (think about what cheap vodka tastes like).

Once whiskey goes through the distillation process, the alcohol is added to casks. Bourbon or rye must go into new charred white oak casks, otherwise they can’t legally be called bourbon or rye. It’s apparently cool for scotch to be put into an old port or sherry cask. Then the alcohol sits there in the barrels for any given number of years — at least two years for bourbon — interacting with the wood, which helps flavor the alcohol.

How does whiskey vary in flavor?

Speaking of flavor, all these variations in the process can profoundly affect how the whiskey tastes. So if you don’t really know what to look for, it can be hard to figure out whether something is going to rock your socks or taste like socks. But there’s some basic knowledge that can help steer you in the right direction when you’re staring shelf of booze at the bar and don’t know where to start.

The main ingredients are a major influence on how the whiskey tastes. Rye-heavy whiskies like Sazerac and spiced blends such as Alpine’s Lafayette bourbon tend to have a bit of a kick. They have notes of cinnamon that provide, as Betts describes it, a “bold, peppery flavor in the back of your palate.” Corn based whiskies (which include bourbon) have sweet caramel and vanilla flavors. Wheat-based whiskeys such as Woodford Reserve Wheat also have sweet but pronounced honey-like notes to them.

Lastly, malt barley contributes whiskey chocolate, coffee, and sometimes even beer flavors to whiskey. But depending on how it’s dried you can get other characters in the mix. For example, if the malt barley was dried using peat (a soil-like substance), the whiskey will have smokey, campfire-like notes to it.

I’m taught that the barrels also add loads of flavor; if whiskey wasn’t aged in a wood cask it would be considered moonshine — clear, unaged whiskey with absurdly high alcohol content (like 190 proof). According to Betts, “70% of the flavor comes from the barrel.” The wood acts like a sponge, “breathing” the alcohol in and out, adding sugar from the wood.

Another general rule of thumb is that the older the whiskey is, the more flavorful and complex it is because it’s had more time to sit in the barrel and absorb flavors from the wood. But a word of caution, depending on the country’s rules when it comes to disclosing age, the age on the bottle might not be as accurate as it leads you to believe. As Noe explains, in some countries — such as Canada — you can put the whiskey in a new barrel or even re-distill the whiskey and still use the original date it was put in the first cask.

How do I drink whiskey like I know what I'm doing?

While purists might say the only way to drink whiskey is neat, that’s total BS. As Noe says, whiskey can be enjoyed pretty much any way you want. I can attest after my weekend, whiskey-infused ice cream is delicious.

I’ve also found joy in a whiskey cocktail because several flavors are layered and they dampen the burn my grandfather would say “puts hair on your chest.” But if you are going to consume whiskey sans ice cream or mixer, the best way to find out if you’re going to like it is to take a big sniff. Noe places a lot of importance on the smell of whiskey. “If it’s flat in nose or has an off nose ... it tends to change the perspective of the whiskey before [you’ve] even tasted it,” he says. (Side note: “Nose” is just another word for smell.)

When I tried four different brands of bourbon (Knob Creek, Basil Hayden’s, Booker’s, and Baker’s) with Noe — for experimental purposes, of course — he identified notes of carmel, vanilla, oak, and cinnamon in them.

Could I smell all the aromas Noe described as we worked our way through each bourbon? No. But I’m assured by a writer for The Whiskey Reviewer that it takes time to acquire that sensitivity that allows you to distinguish the subtleties. That being said, some flavors are easier to sniff out than others. For example, when I have a cocktail with Islay single malt scotch at a bar in Toronto later in the week, I can definitely smell the smoky, peat flavor, which perhaps proves that my olfactory sensibilities when it comes to brown liquor are expanding.

Another note on the burn: If whiskey is too harsh for your palate on its own but you don’t want to adulterate it with a mixer, add a few drops of cold water or one cube of ice. While asking for one cube at a bar may make you look like a whiskey expert/snob, I’m told that the water or ice “breaks the surface” and will help you taste the flavors a bit better. Science backs it too: One 2017 study found that adding a small amount of water does make whiskey taste better because it increases the concentration of flavor compounds on the surface of the drink.

Before this trip, I honestly thought I’d never drink whiskey after my Jack-bingeing experience (this is not the only alcohol youthful stupidity has ruined for me). But part of my adulting plan means graduating from drinking just to get drunk to drinking because you actually enjoy something. So know that there’s space on the spectrum between Trashed Off Whiskey and Unbearable Whiskey Snob — and my tips might land you somewhere comfortably in the middle.

Editor's note: The distillery tour mentioned in this story was paid for by Jim Beam.

This article was originally published on Aug. 9, 2019

More like this
Those natural weight loss supplements aren't doing much, science confirms
By Tracey Anne Duncan
An ode to Ikea food, light of my post-vaccination life
By Joseph Lamour
Margarita burns: Why lime juice and sunshine don't mix
By Melissa Pandika
Stay up to date