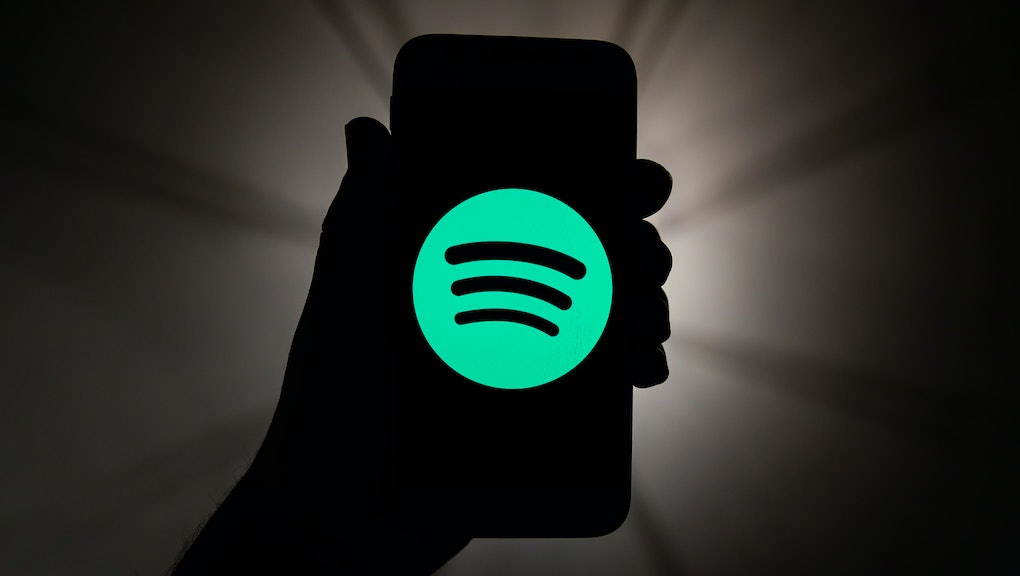 'Tis the season for revisiting everything that you listened to over the course of the year. Spotify Wrapped, the annual recap of your favorite songs, artists, and albums that you listened to on Spotify, is finally available from the popular streaming service. Here's how to access your Spotify Wrapped to see what you've been listening to in 2020 — and why it might not be as accurate as Spotify claims.

You can take a look at your Spotify Wrapped for 2020 by opening the Spotify app. There should be a banner as soon as you open it encouraging you to look at your 2020 Wrapped, but if it doesn't come up for whatever reason, tap the Search button on the bottom menu and type in "Wrapped 2020." Spotify has set up a page for the annual event, which includes a playlist of your top songs from the year, along with “Missed Hits” that you didn’t listen to but Spotify thinks you will like.

What you'll see in Spotify Wrapped

The review of your year in music and podcasts comes in an Instagram story-style format, with different slides highlighting your listening habits.

This year's Wrapped starts with a review of how many new artists you listened to over the course of the year. Next, shows how many genres you listened to. Spotify then displays your top song of the year, followed by the rest of your top five most listened to tracks. Spotify follows this up with a full playlist called “Your Top Songs 2020,” which you can add to your library or access at any time.

This year, Spotify has sprinkled in a couple quizzes about your habits, allowing you to take a guess at what genre you listen to the most and what artist got the most plays over the course of 2020. The latter question leads into Spotify’s list of your top five artists, along with some quick facts about how many artists got play on your account over the year.

Once you've tapped through the music, Spotify will also recap your podcast listening habits by showing off the top three shows you spent the most time listening to.

Do you feel like the list of artists and songs Spotify put together for you is somehow off? You aren't alone. People have been using social media to complain about Spotify's annual recap, claiming that the streaming service hasn't been tracking their listening habits or just plain got it wrong.

Similar complaints have surfaced on forums like Reddit, where some users have claimed to use music tracking service Last.fm to keep tabs on what they listened to over the course of the year. There are claims that Last.fm and Spotify provide different results, even though all of the music that the users are listening to is being played on Spotify, and users are claiming that Last.fm's tracking is more accurate.

Mic reached out to Spotify for more information about why people may be experiencing these supposedly inaccurate Wrapped playlists, but there are a few viable theories floating about that could explain the issue. There seems to be anecdotal evidence among users who listen to a lot of music offline that saved tracks are not included in Spotify Wrapped — the annual recap only accounts for music that was streamed. However, Spotify does at least claim to keep track of offline listening data. According to a community help forum, Spotify records offline plays and puts it toward your listening stats the next time that you are connected to the internet. It's possible that some people are missing data if they have not opened Spotify while connected to the internet recently and do a significant amount of listening offline, but for most users this shouldn't be a significant contributing factor in determining your Wrapped data.

This isn't the first year that Spotify has gotten some push back from users who believe that their playlists are inaccurate, and there may be some insight in the misgivings of previous years that explain issues with the latest edition of Wrapped. For instance, in 2018, users noted that their year-end playlists felt off. Then it was revealed that Spotify Wrapped only collects data from January 1 to October 31, leaving out the entirety of November and December. The result is a good chunk of your listening habits being chopped off before the list is made, including the stuff that you are most into at the time that list comes out. Recency bias likely makes the list feel more wrong than it is, as the artists you're spending the most time with in the moment may not occupy a top spot on the playlist. This slightly limited listening window appears to be active again for Wrapped 2020. According to a Spotify press release, Wrapped is available for listens logged before October 31.

Unfortunately, other explanations are few and far between as to why Spotify's tracking data may seem so off for some people, and there is no telling exactly how widespread the issue may be — though it seems like a minority of users are experiencing discrepancies that are big enough to complain about. Spotify is a bit of a black box to those on the outside, so it's hard to say what is going on when the app is tracking your listening data. One user reported reaching out to Spotify to ask about the inaccuracies and received a response that said, "This can happen for a number of reasons, but we’ll pass your feedback on for future campaigns."

That's not particularly insightful, obviously, but it's at least an acknowledgment that things can (and apparently do) go wrong from time to time when tracking user listening data. Perhaps it's at least comforting to know that you aren't alone in experiencing these issues, and it's reassuring to know that it's not just that something feels off with your playlist — it really could be wrong. But certainly it would be better if Spotify just got it right in the first place.

This article has been updated for 2020

This article was originally published on Dec. 5, 2019