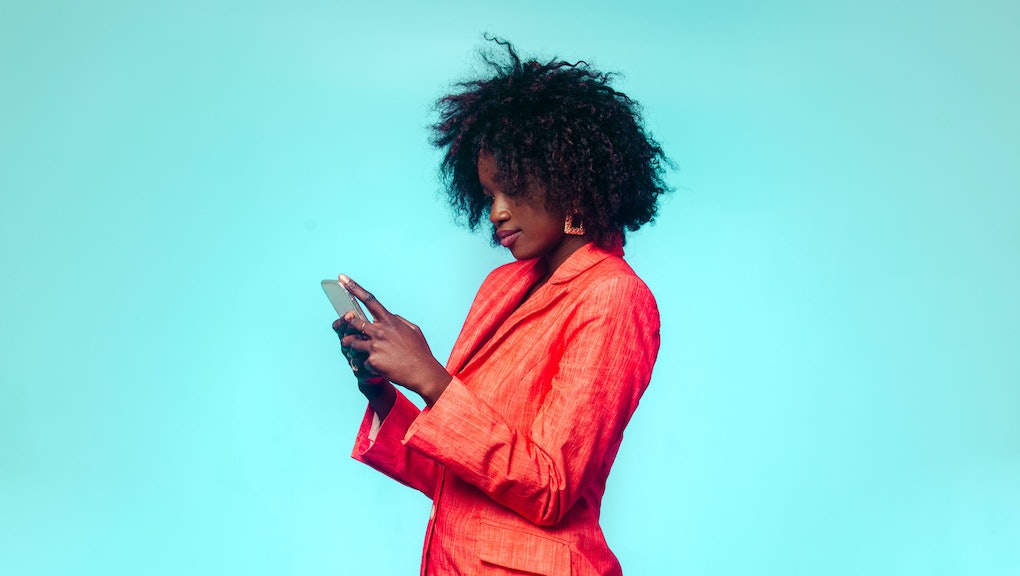 How to tell if someone likes you, according to an app's analysis of your texts

If you’re single, especially today in this text-happy world, chances are that when you interact with another person you might be romantically interested in, you’re often left to wonder what's going on in their head. One new phone app may be able to solve such a conundrum of how to tell if someone likes you, likes you — purely off the strength of text conversations.

From finding ways to score infinite points in the Atari game Q*bert to developing their own language to learning how to lie, AI gadgets are amusing and impressing us more than they are scaring us these days. But so far, humans have been behind the controls, and with this power that we may or may not wield much longer — you know, before the machines rise — we can now use AI to figure out if another person is interested in a romantic relationship.

Mei, an app calling itself the “crush analyzer,” reads text conversations between you and a prospective romantic partner, and then offers a percentage probability measuring the chances that the other person is seeking a relationship with you. It’s already available for Android users, while iPhone people can pre-order it — though they’ll only be able to have their WhatsApp texts analyzed, due to Apple restrictions. Just export your desired text threads into Mei, and in return you’ll get a prediction about whether or not the other person is interested in taking things next-level.

The app’s founder, Es Lee, says he and his team have been building Mei for over three years, and the AI-generated results are tallied against millions of previously uploaded conversations, designated as plutonic versus romantically prescient. Lee likens the intuitive AI in Mei to a 30-year veteran singles bar barkeep who can flawlessly recall every conversation between patrons and deduce underlying intentions therein.

And apparently this bartender is a woman, because in Mei’s promotional messaging, the app is anthropomorphized and gendered as such. “She” sounds like your new, highly perceptive best friend, while describing her other features: “Mei will consider what she detects as differences between the user’s and contact’s personalities and provide initial suggestions on how to bridge the gap in communication,” the app’s website says. “For example, if she perceives a contact as very spontaneous and you as more organized, she’ll tell you it’s okay to play things by ear.”

For many of us, this sounds like half godsend, half Black-Mirror-esque freaky. “The creepiness factor is definitely there, but the reality is, we’re overanalyzing texts anyways," Lee says. "We’ve got plenty of people that have their phones on, scrolling through the conversations, trying to get a good read. So now we’re just making tools available to people to make this just a little easier.”

But in a time when psychologists and researchers are warning us about the negative social ramifications of constant texting — it doesn’t leave room for body language or vocal inflections, which collectively make up about 90% of communication, thus, cultivating misunderstandings — this technology could incentivize more of it. In relationships especially, excessive texting indicates “attachment anxiety,” where one partner is constantly seeking assurance from the other that they’re sticking around. Texting also degrades healthy boundaries. And all of that is to say nothing of the growing concern over phone addiction, spurred in part by texting, which is harmful in a number of ways, including the deterioration of attention spans.

Lee says that in creating Mei, though, he’s just responding to social trends. He was inspired in part by friends who would ask him to look at their text conversations with prospective romantic partners. Invariably, they’d also request that Lee come to a conclusion about their chances for a connection. Though he concedes that texting is not the finest form of communication, Lee says, “There’s not a single friend of mine who says, ‘Hey, you know what? I really like this person. I would like [the relationship] to stay online as much as possible.”

Ultimately, we’ll all come face-to-face, he says, no different from back in the day when many people wrote and sent love letters via snail mail to romantic partners. Lee also says the Mei results are “just another piece of data” for a user to consider in moving forward — or not — with a relationship. “You might not agree with it, but that’s fine.”

Instead of selling ads, the company generates revenue by charging app users before revealing select information. Lee asserts that giving data to third parties is against his company’s philosophy. “You own your data; we’re actually empowering you with your data,” he says. When a user’s text conversations are imported into the app, they’re encrypted and the names are removed. The texts are in the app’s backend for the sole purpose of AI analysis, Lee says.

Lee envisions a future where the Mei technology is utilized by other dating apps to enhance matching capabilities as well. It’s unclear at this point if one day Mei might also be able to write your wedding vows, should you and the person you’re texting with decide to get hitched. Maybe she’ll write speeches for the best man and maid of honor, too?

This article was originally published on Sep. 13, 2019

More like this
The best new dating apps for your Hot Vax Summer
By Tracey Anne Duncan
Elon Musk has finally realized Bitcoin is awful for the environment
By AJ Dellinger
Instagram now lets you add pronouns to your profile. Here's how to do it
By AJ Dellinger
Stay up to date