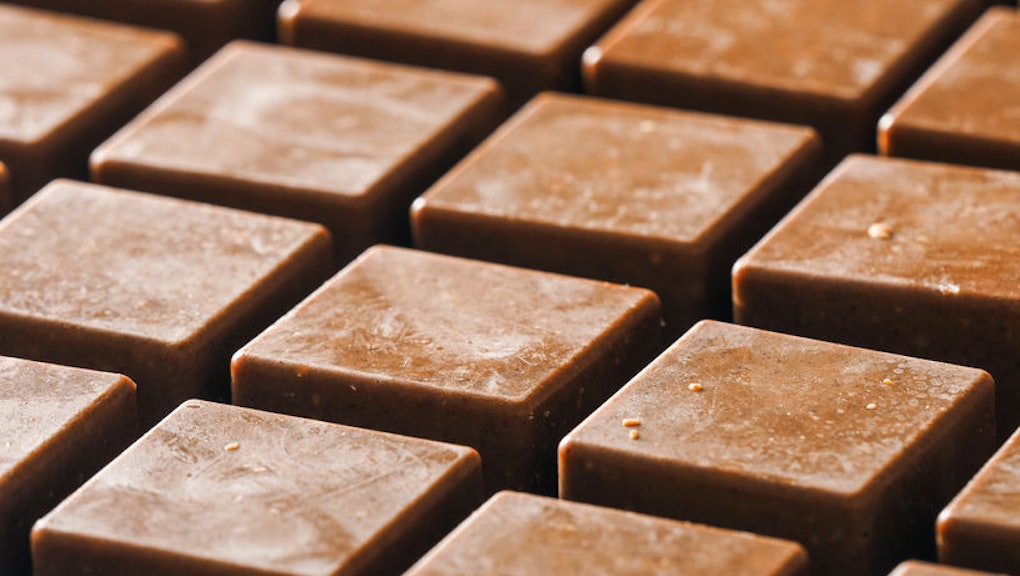 Chocolate may be a regular treat for many Americans, but it's not always an innocent indulgence. A recent report from The Washington Post found that the country's largest chocolate companies — Nestle, Mars and Hershey — don't necessarily make their chocolate ethically, as while all three brands had promised to stop using cocoa sourced via child labor many years ago, they still cannot say with certainty that their products are free of child labor-sourced cocoa.

"Nearly 20 years after pledging to eradicate child labor, chocolate companies still cannot identify the farms where all their cocoa comes from, let alone whether child labor was used in producing it," said the Post. According to the report, Nestle can only trace 49 percent of its global cocoa supply back to farms, while Hershey and Mars can trace even less.

That means that much of these companies' products likely stems from farms in West Africa reliant on child labor and/or trafficking to produce chocolate cheaply and keep up with corporate demands, explained the Post. Of course, Nestle, Mars, and Hershey aren't actively promoting exploitative cocoa-buying practices, but the brands' uncertainty over where the ingredients in products like Nesquik and Reese's Cups come from is still disturbing.

Thankfully, not every chocolate company has the same issue; several smaller chocolate makers are actively working towards building and supporting a more ethical and fair trade cocoa industry. The organization Slave Free Chocolate, which helps spread awareness of and end child labor on cocoa farms, lists a number of known ethical chocolate producers on its website, to make your conscious shopping easier. But what actually makes chocolate ethically sourced?

"Equality," says Dena White, U.S. Marketing Manager for Tony’s Chocolonely, an Amsterdam-based chocolate brand that promotes itself as "slave free" and is noted on Slave Free Chocolate. Instead of turning to cheaper cocoa possibly harvested as the product of illegal child labor, Tony's has committed to buying traceable beans, meaning the company knows where its cocoa comes from and if anyone was exploited to produce the crop.

This commitment doesn't come without a cost, however. Artisanal chocolate bars made by small and specialty chocolate shops are often pricer than those made by large companies, because many shops pay a higher price for ethically-sourced cocoa than what some industry leaders pay to mass produce their confections.

"The market price for cocoa is so low that it makes it impossible for farmers to earn a living income. It’s necessary to pay an additional premium to ensure that the market price offers a living income," explains White. By paying more for their ingredients, Tony's is giving farmers "more power to structurally change inequality," she adds. "When part of a cooperative, farmers can achieve economies of scale to make big investments in their farms and create commitment and trust amongst farmers."

On its website, Slave Free Chocolate states that consumers can determine if their chocolate is ethically-sourced by looking for a fair trade certification label on the product; additionally, "cocoa from outside West Africa is almost always ethically grown," according to the organization, so you can also look to see what place the product comes from. If you're in doubt, research the brand and see if it offers transparency about its supply chain and traceable beans. For example, Tony’s publishes an annual FAIR Report that shows exactly how the company supports a more equitable chocolate industry.

Where we buy our food from matters, and if you're concerned about child labor practices, spend your money on high-quality chocolate from companies that can guarantee it was ethically sourced, instead of on mass-produced products that might've had exploitative beginnings.

"The thing folks might not be aware of is that they have a tremendous amount of influence in this situation: purchase power," White says. "The more people purchase ethical or slave free chocolate, the less unethical chocolate will be sold. That puts a huge amount of pressure on other chocolate companies to respond."

More like this
What is sploshing, the food fetish that's taking over TikTok?
By Melissa Pandika
Brain scans revealed how racism weighs on Black women's health
By Sierra Carter
Vaccines are good. Threatening to evict someone over them is not
By Rafi Schwartz
Stay up to date