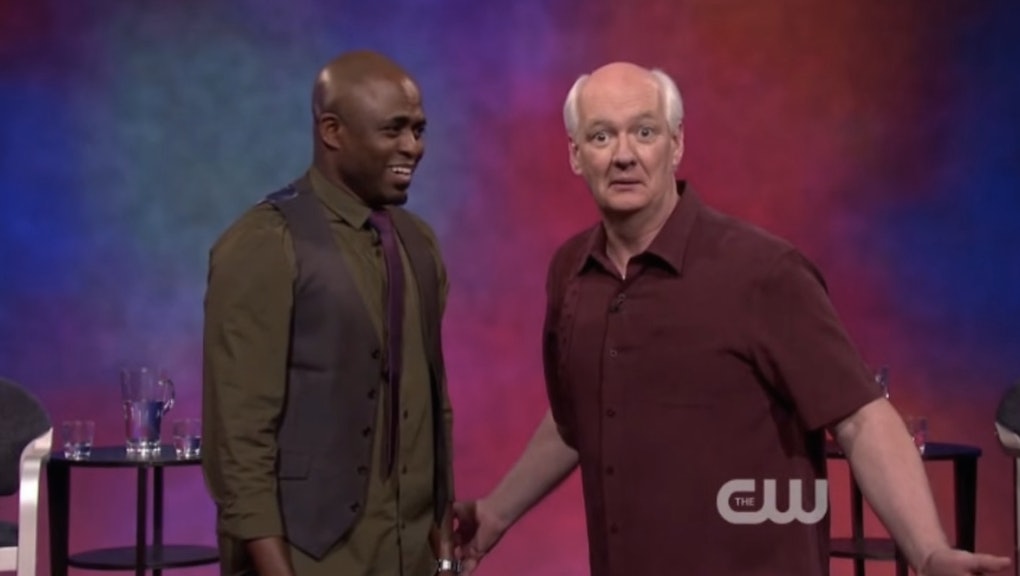 How to watch almost every episode of 'Whose Line Is It Anyway?' online now

Get ready to make everything up and win points that don't matter: Whose Line Is It Anyway? is streaming online for you to watch now.

Even better news: It's not just the episodes filmed during the CW's revival of the series since 2013. Wondering where to watch Whose Line Is It Anyway? Almost every episode of the show's American version is available in one place, on a CW spinoff site called CW Seed. That's more than 300 episodes of Whose Line you can watch right now, complete with dozens of Scenes From a Hat, tons of Hoedowns, and more weird props than anyone can imagine. (If you have an HBO Max subscription, you can also stream seasons 1 through 8 there.)

The improv comedy series, which was adapted from the British show of the same name, is now in its 17th season. It originally featured by Drew Carey as host on ABC and later ABC Family; in 2013, after a six-year hiatus, CW revived the show with Aisha Tyler in the host's chair. Three of the show's improv performers — Colin Mochrie, Ryan Stiles, and Wayne Brady — have been consistent presences across both iterations of the show. Mochrie appears in every single episode.

The fourth chair is filled by a rotating guest, usually a working comedian like Jeff Davis or Jonathan Magnum — but there have been plenty of other notable names in the fourth spot. Nashville fans probably fondly remember star Chip Esten's regular appearances on the show, while special guests Richard Simmons and Stephen Colbert also previously joined the fun for one- and two-time stints. The late, great Robin Williams even graced the show with his talents back in season three. More recent seasons have featured guests like Glee star Amber Riley and Olympian Adam Rippon.

Since its revival on the CW, Whose Line has also featured a fifth special-guest slot, and it's not always filled by a comedian. These guests have ranged from Key and Peele star Keegan-Michael Key, Glee stars Darren Criss and Amber Riley, Olympian Adam Rippon, and Tampa Bay Buccaneers tight end Rob Gronkowski.

If the past 300-or-so episodes aren't enough for you, fear not: Whose Line Is It Anyway? is still airing, so more new episodes are on the way. In the meantime, watch the episodes available now on CW Seed's website or on their app.

This article was originally published on May 18, 2015