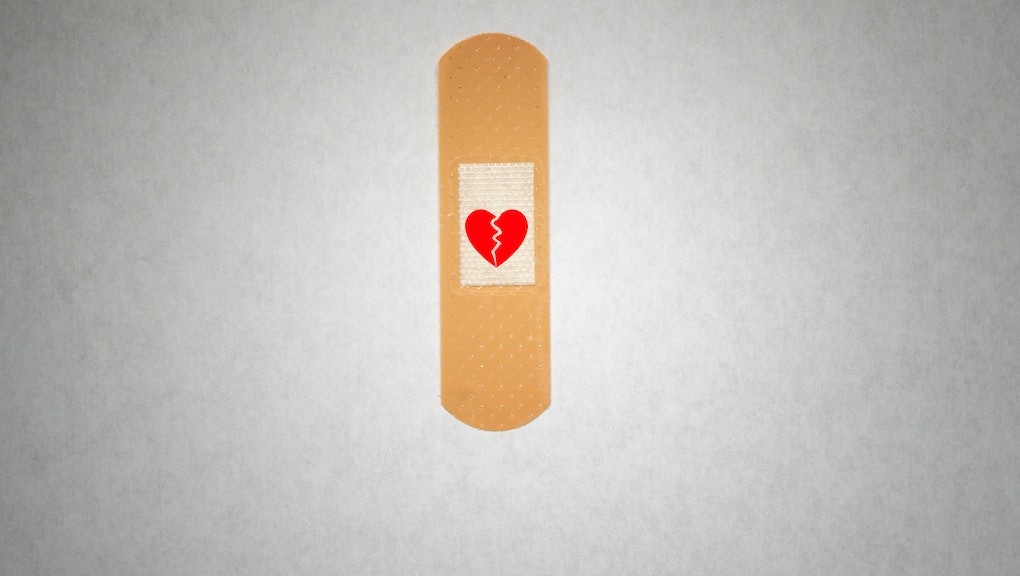 How we talk can actually predict a breakup

When doubts about a relationship start to creep in, people don’t just blurt them out. They might not want to worry their partner and figure they’ll ride out what could just be a rough patch. They probably think they can hide their feelings pretty easily.

But it turns out, hidden signs of their turmoil appear in the way they communicate.

In our recently published study, we were able to show that people’s language subtly changes in the months and weeks leading up to a breakup – well before they’ve made a conscious decision to end things.

Breakups are difficult to research. They unfold over weeks, months – even years. To truly understand the dynamics of a breakup, researchers should, ideally, be able to track people’s lives before, during and after the breakup takes place.

Historically, this hasn’t been feasible. But the study of long-term relationships is beginning to change with the advent of social media platforms such as Twitter, Facebook and Reddit. An increasing number of people are now chronicling their daily lives on these platforms, which allows researchers to look at how people cope with upheavals such as breakups both before and after the event. The analysis of people’s daily language can reveal information about their shifting emotions, thinking styles and connections with others.

One popular social media platform, Reddit, has designed an online infrastructure that mirrors the way we socialize in real life.

There are hundreds of thousands of communities, known as subreddits, geared to different interests, from tennis and politics, to gaming and knitting. This allows like-minded people to hang out, chat about their interests and ask for advice.

We studied a community called r/BreakUps/, where people discuss the dissolution of their relationships. We identified a group of 6,803 people who had posted about their breakups and tracked their posts up to a year before and after they ended things. But we didn’t just look at their posts on the r/Breakups subreddit. We tracked their words across all the subreddits they posted in during this time frame. We wanted to see if there were signs of their impending breakup even when they weren’t directly talking about it.

After analyzing over 1 million posts, we identified language markers that could detect an impending breakup up to three months before it actually took place. And we detected changes in people’s language that lasted up to six months after the event.

These changes were detectable even when people weren’t talking about their relationship. It could appear when the poster was discussing sports, cooking or travel. Even though these people didn’t necessarily know the end of the relationship was coming, it was already subtly influencing the way they communicated with others.

Worlds — and words — turned upside down

So how, exactly, does language change?

One big takeaway is that people tend to focus more on themselves, with increased use of “I”-words, as the breakup nears. This is common during a stressful life event, and other studies have shown an increase of self-referential language in people who are depressed or anxious.

At the same time, people’s language shows drops in analytic thinking processes, which are often associated with formal and logical thinking. Their language becomes more informal and personal. They make fewer references to concepts, which causes drops in the use of articles such as “the” and “a.” They’re more likely to talk about other people than ideas.

Around the time of the breakup, people also tend to reference their partner quite a bit, perhaps because they have yet to separate their identity from their partner. Afterwards – as people process their heartbreak – they begin to shift their focus to people who are supporting them during a difficult time.

People’s thought processes also experience drastic changes during the breakup. They begin to probe their understanding of the relationship as they try to figure out why it fell apart. This is typical of people trying to make sense of challenging life events, whether it’s trauma or bereavement.

As time moves on, people begin to craft a coherent narrative about their breakup, which causes other more logical processes — the ones that deteriorate around the time of the breakup — to reactivate. When this happens, they’re ready to move on with the next chapter of their lives.

For most people in our study, it took about six months for their language to return to normal. Of course, grief is a lengthy process and it’s natural to feel pangs and mourn for the loss of the relationship occasionally, even after that.

The fact that language analysis can detect subtle signs of a relationship being on the rocks means that clinicians ‚ whether they’re mental health professionals, therapists or psychologists — could have a powerful tool at their disposal. For example, some people use phone apps to journal regularly. An app could automatically alert a user when their language is showing signs of extreme emotional distress and suggest resources or professional help.

This type of analysis is already being developed to detect and map other shifts in people’s lives, whether it’s their participation in a protest movement or the early stages of a health condition, and will only keep getting better as technology advances.

This article is originally published on The Conversation by Sarah Seraj. Read the original article here.

This article was originally published on Feb. 10, 2021

More like this
The travel industry still ignores people with disabilities
By Brian Garrod
What is a breakthrough infection?
By Sanjay Mishra
No, the COVID-19 vaccine doesn't mess with your fertility. But COVID-19 can
By Ranjith Ramasamy
Stay up to date