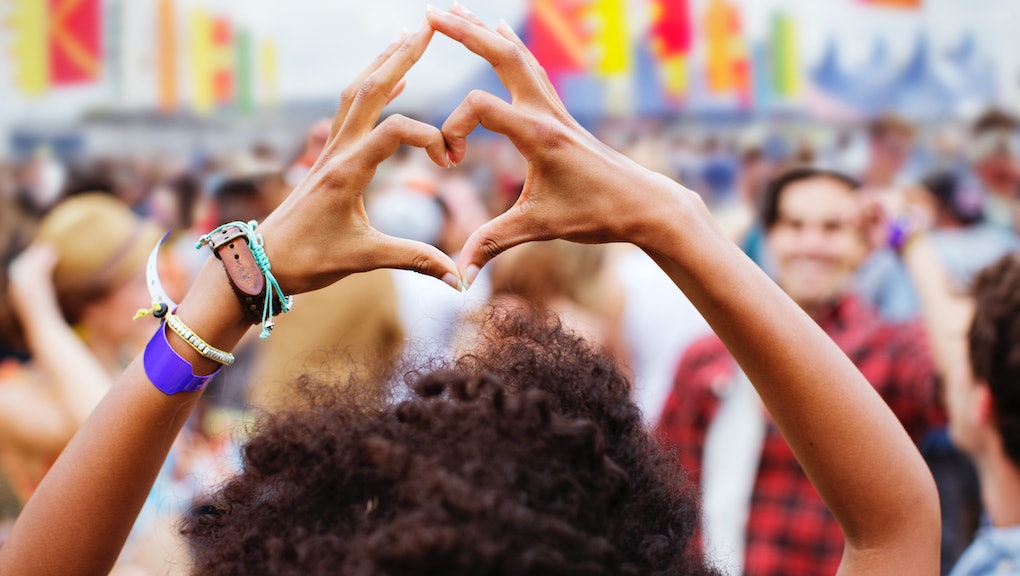 How witnessing acts of kindness benefit our brains

On an episode that aired Monday night, Jeopardy contestant Dhruv Gaur wrote a love note to host Alex Trebek, who was recently diagnosed with stage four pancreatic cancer, in lieu of a Final Jeopardy response. “We heart you, Alex!” his note read. Trebek was touched. "That's very kind of you, thank you. It cost you $1,995. You're left with five bucks," Trebek said, his voice cracking from emotion.

At that point, reader, I lost it. I teared up, my heart swelling over how Gaur had chosen to spend his $1,995 on such a pure, heartfelt act. All of Twitter seemed to feel the same. “This may be one of the sweetest, most precious, most real moments in TV history,” gushed one user. “The kindness in some people’s hearts is truly astonishing,” tweeted another. “Such a lovely moment.”

Clearly, Gaur’s gesture, and Trebek’s reaction to it, gave us all the feels — but why? What happens to us when we witness kindness? Why does it feel so damn good, even though we weren’t involved in the interaction at all? I turned to experts, who broke down how witnessing kindness affects us on a psychological and even neurological level.

It turns out there's a term for the warm, uplifting high we get from witnessing kindness: moral elevation, according to UC Berkeley’s Greater Good Science Center. We experience moral elevation partly because when we see an act of kindness, in order to recognize it as such, we need to model it onto our own brain cells, drawing on past acts of kindness we’ve observed, as well as our own experiences of giving and receiving kindness, Rhett Diessner, a professor of psychology at Lewis-Clark State College, tells Mic. This modeling can lead us to “[have] this vicarious experience,” as if we were both the giver and recipient, he explains. In other words, watching that Jeopardy episode can make us feel as if we were Gaur and Trebek.

Specific neurological systems are also recruited to result in moral elevation, according to a 2015 study of more than 100 college students, assigned to view videos of either amusing scenarios or heroic deeds. Researchers measured indicators of the activity levels of their sympathetic nervous system (SNS) — which gears up the body to fight or flee when faced with danger — as well as their parasympathetic nervous system (PNS), which calms the body down — UC Berkeley reports.

At especially emotional parts of the videos, students who watched amusing scenarios didn’t show increases in PNS or SNS activity — but those who watched heroic deeds showed increased activity in both systems. This may be because witnessing heroism necessarily involves witnessing suffering, which triggers stress by way of the SNS. When a heroic deed eases that suffering, though, it activates the PNS, producing that soothing high.

Plus, our judgment of the person who initiated the act of kindness can spark related, positive emotions, explains Oscar Ybarra, a professor of psychology at the University of Michigan. For instance, our judgment of Gaur as selfless or self-sacrificing might inspire awe.

All these positive emotions, in turn, can make us more likely to commit acts of kindness ourselves — which is kind of amazing. Since witnessing an act of kindness basically involves feeling as if we had participated in it, Diessner notes that those of us who are moved by such an act “are also getting a vicarious reward.” And the reward of watching someone being kind feels good, making us more likely to do something similar, Ybarra says. The person who initiated the kind act “serves as a model for what we could do.”

I recently experienced this when I passed a half dozen or so construction workers helping a blind woman cross a busy intersection, forming a barricade around her. I felt a twinge in my chest, touched by their gentleness and the extreme care they took to keep her safe. The experience moved me to make a conscious effort when I'm out and about to keep a lookout for anyone who might need guidance, rather than hurrying past, eyes glued to my phone. If those construction workers could take time out of their busy work schedules, so could I.

Diessner says this desire to commit acts of kindness after witnessing such an act is temporary; watching a depressing video an hour later, for instance, can turn our focus inward. The good news is, his research suggests that the more often we witness acts of kindness, the more likely we are to notice these and other forms of moral beauty — and the cumulative effect of witnessing these scenarios makes us even more primed to be kind.

So, go ahead and re-watch that Monday night Jeopardy episode, and any other favorite feel-good vids while you’re at it. In a world where many of those who wield power seem concerned mostly about themselves, it’s comforting to know that a little kindness really can go a long way.

More like this
How to save your skin from climate change
By Melissa Pandika
The plant-derived COVID vaccines of the future won't need refrigeration — and that's huge
By Melissa Pandika
Jeff Bezos is too rich for one lifetime, so he's trying to live forever
By Joseph Lamour
Stay up to date