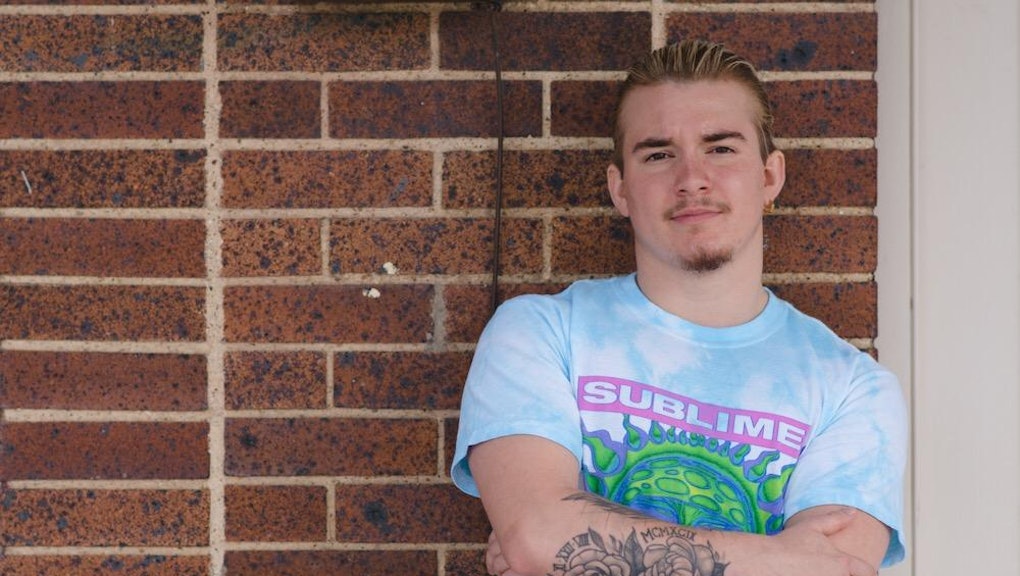 In 2018, high school wrestler Mack Beggs made international headlines with a photograph showing him performing a winning move against an opponent in the Texas State girl’s wrestling tournament. At the time, Beggs was transitioning, but he was barred by Texas law from competing in boys’ wrestling competitions. Now, after wrestling in college for a few years, Beggs has refocused on activism, helping young trans kids across the country be the best versions of themselves. Beggs spoke with Mic about the recent raft of anti-transgender legislation, quitting college wrestling, and the possibility of him becoming professional fighter.

In high school, I just wanted to transition in the most efficient way possible — for it to make me happy on a health and mental health level.

It was fascinating to see how politicians were trying to use my story. They were trying to politicize me falsely. Legislators don’t understand what or who a transgender person is. I feel like there are resources now to educate themselves, and they’re educating themselves in the wrong way. They keep on pointing to outdated biological factors that say trans athletes have an added advantage in sports, which is not the case. If they want to put a line to define biological factors in sports, they need to consider all biological factors, not just split it between men and women.

During high school, my grandmother, coaches, family, and friends shielded me a lot from what was going on. They wanted me to strictly focus on being a champion. That was it: school and wrestling. I felt like a lot of that took a toll on me when I got to college.

I had top surgery in August before my freshman year of college. When that happened, I had so much free time on my hands, and the only thing I could do was be with my thoughts, study, and get better and try to get back to wrestling.

Many things came up that I should have dealt with in high school, feelings of self-doubt and self-worth. I asked myself, am I good enough? Am I an elite athlete? Is this just all in my head? I had to transition from focusing on what others wanted me to be to what I wanted to be.

After a teammate injured me, I asked my coach for some time off. I felt like I needed to get away from the strictness of wrestling; I needed to reconnect with the sport differently, and I went back for about six months. After that, I thought, I don’t think this is for me anymore. I called it quits. I now have a higher calling with the advocacy that I’m doing for the trans community and the LGBTQ+ community.

Since moving on from wrestling, things have been really fun. I’ve been able to focus on things I wasn’t able to focus on before. I want to be a gender therapist because I’ve been through it. I know the steps and the procedures as to what needs to be done. I want the LGBTQ+ community to finally be accepted fully with love and not have to fight and live in our existences in truth.

I’ve been doing more Thai jiu-jitsu and kickboxing, and I’m still doing wrestling but not collegiate wrestling anymore. I also would like to try to go the pro route of being a fighter. I feel like it’s gonna take some time, but that’s okay.

More like this
Should public transit be free?
By Andy Crump
Ilhan Omar is leading a push for the State Department to combat Islamophobia
By Vanessa Taylor
Trump finally found some "pussies" he doesn't want to grab: DC's capitol police
By Rafi Schwartz
Stay up to date