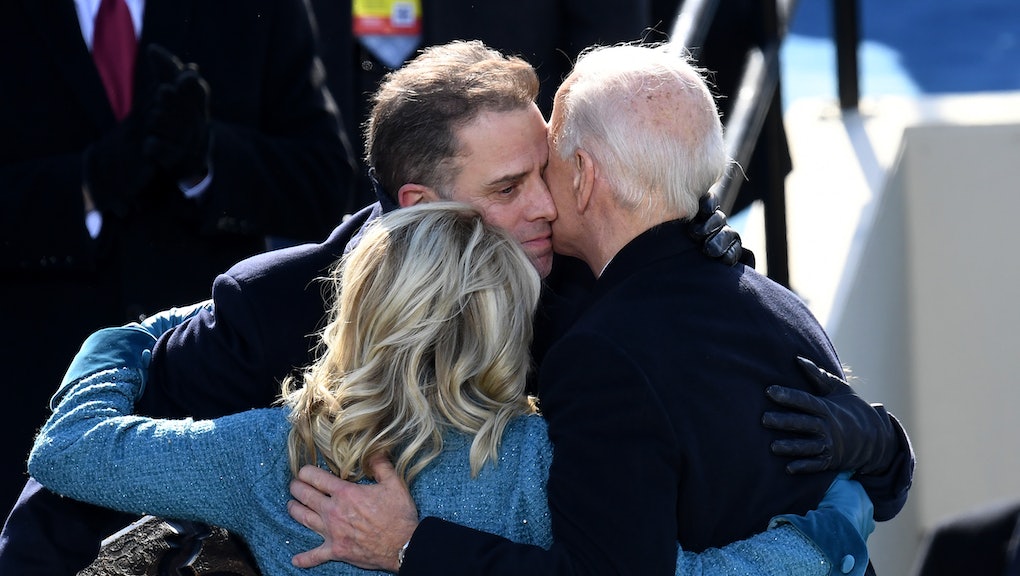 After looming large in the imagination of right-wing conspiracy theorists, Hunter Biden will publish his first memoir in April for Simon and Schuster’s Gallery Books. The book, Beautiful Things, is set to unpack his high-profile struggle with addiction, which his father, President Joe Biden, discussed during the 2020 campaign.

In a tiny excerpt released by the publisher, Hunter Biden alludes to the lifetime of family tragedy he’s endured — losing his mother and sister in a car accident when he was two, losing his older brother, Beau, to brain cancer in 2015, and a bitter divorce. “I come from a family forged by tragedies and bound by a remarkable, unbreakable love,” Biden writes.

The memoir comes with a powerful arsenal of blurbs, as you might expect from the president’s son. There’s Dave Eggers, another memoir specialist, who calls it an “astonishingly candid and brave book about loss, human frailty, wayward souls, and hard fought redemption.” Stephen King is here as well, who really brought the panache for his blurb, with a portion below:

“In AA we say it doesn’t matter if you come from Yale or jail, all addicts are the same. In his harrowing and compulsively readable memoir, Hunter Biden proves again that anybody — even the son of a United States President — can take a ride on the pink horse down nightmare alley... Biden remembers it all and tells it all with a bravery that is both heartbreaking and quite gorgeous.”

He also landed a statement from, who else, his father and mother. “We admire our son Hunter’s strength and courage to talk openly about his addiction so that others might see themselves in his journey and find hope,” wrote Joe and Jill Biden. One of the more touching, humanizing moments from the campaign came in the form of leaked text messages from 2019, when Joe Biden was on the brink of launching his bid, and Hunter was checked into rehab. “Good morning my beautiful son. I miss you and love you. Dad,” the elder Biden wrote at the time.

The memoir isn’t likely to quell any right-wing backlash, as Hunter Biden remains under investigation by the Justice Department for his tax affairs. But If nothing else, it’s a chance for Biden to present his struggles with more detail and clarity than ever before.

More like this
20 years later, Stacey Abrams's first romance novels are finally being rereleased
By Kara Weisenstein
COVID vaccine holdouts have a message to lawmakers: Show me the money
By Rafi Schwartz
Title IX will once again protect against gender identity discrimination
By Rafi Schwartz
Stay up to date