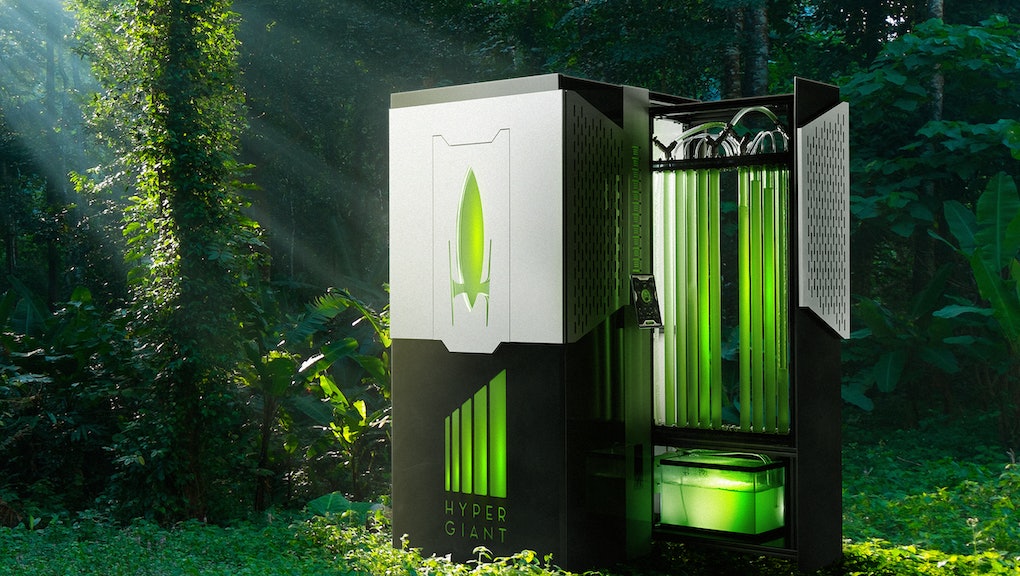 Some people may find algae beautiful, or at least interesting, to look at. Algae can sometimes be an issue, though, by sucking up oxygen and suffocating fish and other aquatic life. However, researchers think combining algae with artificial intelligence may help fight climate change. It's a way to harness a microorganism that can otherwise be a problem in day-to-day life.

Thanks to climate change, algae is thriving. Since the Industrial Revolution, humans have increased carbon dioxide concentration by more than a third. This, along with other factors reported by the Environmental Protection Agency like rising temperatures, changes in salinity due to droughts, and more, can lead to harmful algal blooms.

You might be thinking, if algae can be so dangerous then why would anyone mess around with it or want to grow more? Well, algae does have one key benefit: it absorbs carbon dioxide to grow.

Researchers at Hypergiant, an AI technology company, developed an AI-powered EOS bioreactor. This machine works by using AI to help analyze and regulate the growth of algae in glass tubes. The machine either takes in air from the surrounding environment or it can be hooked up to a building's exhaust.

"'Tomorrowing today,' our tagline, is about delivering the future that we were promised that we've read about, that we've heard politicians talk about," Hypergiant CEO Ben Lamm told Business Insider. "Delivering on that future that isn't just aspirational but actually should be here."

Even though the bioreactor is only the size of a fridge, researchers told Business Insider that it can draw as much carbon dioxide from the air as an acre of trees. Researchers are hoping that the machine can be put into use without requiring any type of monitoring or maintenance.

The bioreactor's benefits extends beyond just sucking up carbon dioxide. The algae itself can be harvested and processed for multiple purposes like producing animal feed, cosmetics, fertilizers, and more.

Now, it's worth pointing out that algae by itself isn't all bad. In fact, scientists estimate that phytoplankton, a type of ocean microalgae, produce about 80 percent of the world's oxygen. Other people have already toyed with using algae to clean the air, too. In Germany, one building is currently using an algae-covered façade to power itself.

The problem is that's just one building. As Lamm pointed out to Fast Company, there's not a single bioreactor that can clean up the world by itself. There needs to be a "new form of hyperlocal, decentralized supply chain" and these bioreactors need to coexist alongside other initiatives.

“We want cities, companies, and individuals to adopt this technology, not just because it’s the right thing to do, but also because it’s cheaper and more practical than the alternatives," Lamm told the outlet.

The company wants to release an open-source plan and build a connected grid of bioreactors. By feeding each other information, these machines will begin learning from one another.

Using algae to clean up air isn't going to be the single solution to climate change. But, if it's paired up with other sustainable movements, then it may have a tremendous impact.