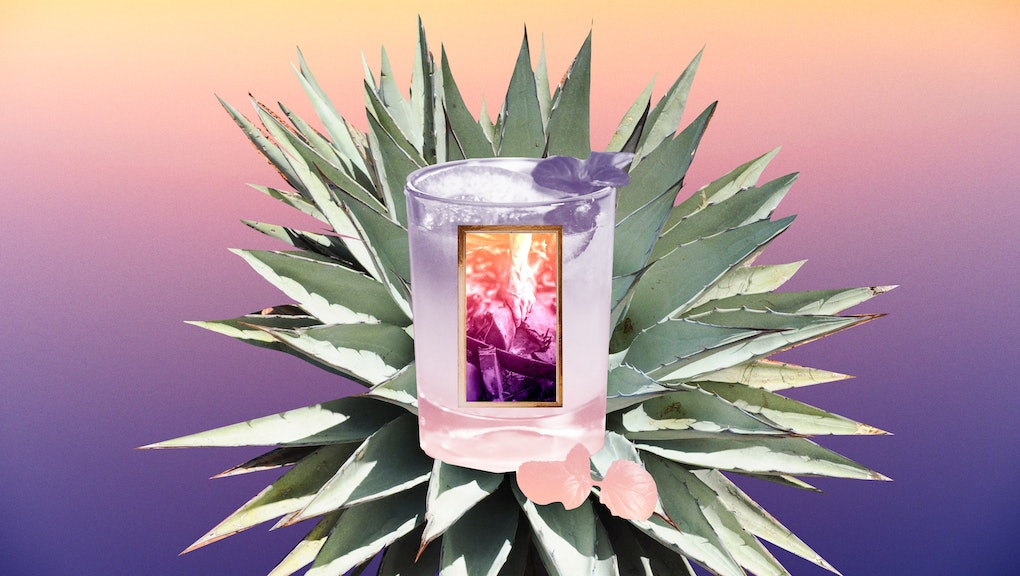 There are two types of people in the world: those who are hypnotized or even moved by the ceramic bowl paint titty, and everyone else. You might watch a thousand TikToks and never replicate the sensation of seeing the bouncy contraption that paints thousands of ceramic vessels in a factory. We see the utter-like brush piston move up and down, as the surface below shifts between the metal plate, where it obtains a fresh coat of paint, and the blank bowl. It presses the intricate pattern into every bowl, with each motion resulting in a mesmerizing jiggle. This repeats several times, exhilarating and strange at first, then gelling into a soothing rhythm.

I can’t determine if the algorithm from one platform guided me down the road to more content like this on another one, or if I was just in the mood for more behind-the-scenes factory videos, but the same day that ceramic bowl paint titty™ became famous, I found the Popular Mechanics YouTube channel. It’s an outlier as far as digital media video channels are concerned — relatively young, more overtly cinematic, and unafraid to pursue longer, experimental pieces. But the true star is its “Made Here” series, which offers some of the most calming video material on the internet, at a time when that sort of thing couldn't be more therapeutic.

A fresh spin on Discovery Channel’s long-running series How It’s Made, Popular Mechanics’ series offers a novel approach to behind-the-scenes factory videos. And we’re using the term “factory” rather loosely here; although some of these goods are mass-produced with heavy machinery, like latex balloons or vinyl records, every “Made Here” video zooms in on the human hands that keep things moving. Some of the earliest videos focused on a Brooklyn-based knife maker and a fourth-generation mezcal distillery in Mexico, honing in on refined, personal expertise.

Every tour spawns two videos: a shorter version, interviewing one key player behind the operation, and a longer cut of the tour with no intruding voiceover or dialogue. The latter mode is sufficiently spellbinding, and allows the work and processes to simply exist — often over some of the most beautiful ambient scores you’re likely to hear. This is the closest “Made Here” or any other how-it’s-made video gets to that ceramic bowl feeling — vérité filmmaking at its most understated, calming, and memorable. You don’t need to hear someone dissect the process of handmade candy making, when it’s right there in front of you to marvel at.

The videos stand apart, not just from their more didactic counterpart on Discovery Channel, but also the largely homogenized digital media landscape. Alongside the barrage of celebrity interviews and captioned overhead food videos, “Made Here” finds a fairly distinct cadence. Josh Wolff, director of video for Hearst’s enthusiast group (Popular Mechanics, Runner’s World, and Bicycling Magazine), ran the gamut of online video with Business Insider, Vice, Vox, and more before launching “Made Here” in 2019.

The video team first envisioned “Made Here” as an opportunity to look behind manufacturing operations of all scales, as long as they’re visually compelling and treat the work as something other than a conveyor belt devoid of personal touch. “Whether it’s a smaller operation or a larger operation like a latex factory, there’s still a sense of dedication to the process, there’s still craftsmanship, and certainly a sense of community,” Wolff tells Mic.

Although Wolff directs the series, it often deploys a freelance video producer based near the particular factory or workplace to cut down on travel. The locations can range from Colorado to a Swiss Army Knife factory in Switzerland, so it’s become an international source of work for filmmakers struggling during the pandemic. (Wolff notes that about half of the “Made Here” series has been filmed post-pandemic, with thorough quarantine and testing protocols, and intends to ramp up its output into 2021.)

When producers arrive at a particular workplace, they’re typically guided by the episode’s de facto “main character” — a worker or owner who participates in the short-form interview segments. To capture the enthralling B-roll footage that comprises the longer videos, the filmmakers try to linger as a fly-on-the-wall, telling workers to just go about their processes as they would. Cobbling this extra footage into expansive pieces began as a secondary experiment, but after it led to some of the channel’s most popular videos, they’re doubling down on the lengthier format in the new year. “At a time where I feel like media companies are pulling back, especially during the pandemic, we’re in a position to test out things to see what works and what doesn’t work,” Wolff said.

As a viewer, it’s easy to let this kind of thing wash over you — seeing the workers at Hammond’s pulling, folding, and snipping the stretchy candy cane, before it forms into deliberate holiday designs, or mannequin hands gracefully coating themselves in latex. In this way, the ambient how-to video requires both more and less viewer participation than the more instructive counterpart. It’s entirely possible to just zone out, allow the therapeutic images to sink in more than the nuts and bolts of how a product is made, or the dehumanizing elements to any job that might not emerge in a 10-minute video.

But for anyone else who stumbles through the world, without knowing much about how anything is produced, a series like “Made Here” can demystify the operation and scramble your brain around. Even in the videos where machinery is involved, the person on the other end of it is critically important — if that bowl or blade isn’t picked up at the exact right time, minor disaster might strike. “Made Here” at its best doesn’t attempt to give you the full picture, and just allows the processes and knives and taffy and skateboards to speak for themselves. In a time of stimulation overload and shortening attention spans, these modest videos of machines and the workers who keep them humming soothe and enrich in equal measure, by extracting little wonders from the most mundane of tasks.

More like this
The 8 best reality shows you're not watching, but should be
By Brandon Yu
How to end a text conversation without being rude
By Tracey Anne Duncan
The reason Simone Biles quit was more heartbreaking than we could've ever imagined
By Brandon Yu
Stay up to date