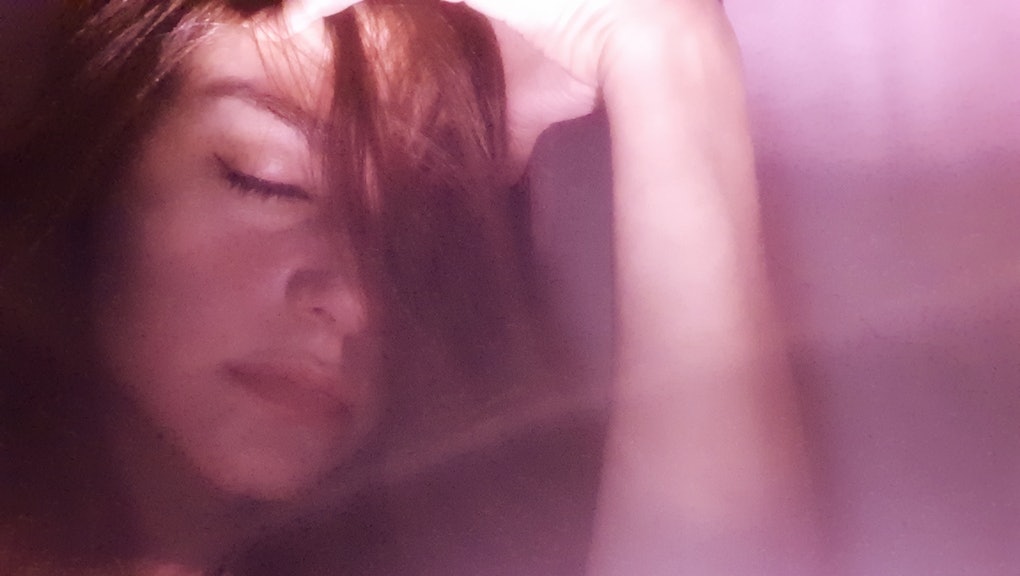 I have narcolepsy, and it's nothing like what you see in movies

At 18 years old, I was ecstatic about starting college. I’d earned a scholarship to cover all the costs of my first year, I was the first in my immediate family to graduate college, and I’d be escaping my dead-end hometown on the Jersey Shore. But what was most comforting was that my classes all started after 12 p.m. This new reality offered me a greater likelihood of academic achievement. Since I wouldn’t be forced to wake up early, I had a better (but still never guaranteed) opportunity to arrive to class rested and focused.

All through grade school, I struggled silently. I endured many sleepless, insomnia-induced nights that turned into exhaustive, draining days where I struggled to pay attention in classes, including the ones I enjoyed, because of how sleepy I was during the day. I often missed entire school days because I wanted to catch up on sleep. During my sophomore year, had it not been for my good grades, I would have had to go to summer school because of the absences I accumulated that academic year.

But no matter how many hours of sleep I got as a teen, even on “sick” days, I woke up just as exhausted as I did when I fell asleep. Before I ever considered I had a sleep disorder, a former therapist suspected narcolepsy. That’s when I began to further research the condition and its symptoms. Since I was so accustomed to people gaslighting me and assuming my sleeping habits were laziness, I actively, habitually gaslit myself for years.

When I was 14, I experienced such severe insomnia that I developed a dependency on Tylenol PM. On rough nights, I’d down six of them in a single gulp to knock myself out, only to spring up wide awake in the middle of the night, when I finally had the energy to study. During that phase, I’d typically fall asleep for a few hours as soon as I returned from school. My body was depleted from waking up at 6 in the morning. This nap sabotaged any semblance of a “normal” sleep schedule.

Nearly a decade later, I’d be formally diagnosed. Narcolepsy is a chronic neurological disorder that affects the brain’s ability to control sleep-wake cycles, according to the National Institute of Neurological Disorders and Stroke. While people with the condition might feel rested in the morning, they can be extremely sleepy throughout the day; the drowsiness can get so powerful that interferes with daily activities. In my case, this looked like mid-class and after-school napping.

Mainstream media, TV, and movies depict narcolepsy in extreme, exaggerated cases — it’s pretty poorly represented, which leads to a lot of misconceptions. It’s difficult to recognize a medical problem when what most people think they know about the disorder derives from inaccurate, cultural stereotypes. In the 2001 comedy Rat Race, for example, Rowan Atkinson perpetuates this myth when his character falls into a deep slumber while running around an office building. Depictions such as this one can steer people away from understanding the nuances of the condition, and how we can support people with it.

One of the most common symptoms of narcolepsy is excessive daytime sleepiness (EDS), otherwise referred to as hypersomnia; it’s described as “persistent sleepiness, regardless of how much sleep an individual gets at night.” EDS can easily and severely impair your ability to pay attention, similarly to Attention-Deficit Hyperactivity Disorder (ADHD), which is why children with narcolepsy can oftentimes be misdiagnosed with ADHD. They can also be misdiagnosed with schizophrenia, due to hallucinations associated with sleep deprivation, says Luis Ortiz, a sleep specialist in the Sleep Center at John Hopkins All Children’s Hospital and director of the Narcolepsy Network.

I was diagnosed nearly two decades after I started showing symptoms. Similarly, Ortiz — who manages the condition himself — didn’t receive a legitimate diagnosis until he was 21, despite experiencing symptoms since he was 10. “A big chunk of patients are going to present [symptoms] when they’re kids and usually the lag time between symptom onset and actual diagnosis can be ten years or more.”

People with narcolepsy may also experience sleep paralysis and cataplexy, which is described as muscle loss “usually triggered by strong emotion, typically positive emotions,” says Ortiz. He experiences this phenomena in his knees, which buckle on the onset of a cataplectic attack and (when unmedicated) sometimes causing him to collapse to the ground. However, in a majority of cases, the cause of symptoms such as these are mostly unknown. “They can be very subtle and easy to overlook or be confused with other symptoms,” Ortiz says. That’s why it can be a while before people get diagnosed, even as an adult.

Because I maintained excellent grades and was involved in several extra-curricular activities throughout my entire academic career, even into college, no one suspected a problem. I knew something was wrong, especially when my guidance counselor discouraged me from enrolling in more advanced classes. I saw my peers with similar GPAs enroll in those courses and be challenged and stimulated.

“You’re kind of living a half life,” Ortiz explains. “You cut out parts of your life to do one thing normally.”

I wanted to desperately sit alongside them in these classes — particularly English, a subject I’d later major in college, so I could develop as a writer — but I could never keep up with assigned readings. “You’re kind of living a half life,” Ortiz explains. “You cut out parts of your life to do one thing normally.”

And since our capitalist society values work over rest, it can be difficult to identify a serious medical problem when someone is excessively tired — because so many of us, even the ones without narcolepsy, are already burnt out from existing under unrealistic expectations of productivity. Adults between the ages of 18 and 60 are supposed to get a minimum of seven hours of sleep per night. However, one in every three Americans don’t get enough regular sleep. The stereotype and cultural norms around sleep prevented me from recognizing critical, chronic and blatantly obvious symptoms I’d experienced for practically my whole life. It’s likely similar for the one in every 2,000 Americans that have narcolepsy.

I’m now (finally) in treatment for narcolepsy; I take medication, regularly meet with a sleep doctor, prioritize nine hours of sleep, and reserve mornings for extra sleep if needed. The feeling of being trusted and seen by a doctor — who actually believed me when I told her my story — was beyond validating. So much so that I’m finally able to name an experience for what it is: narcolepsy, a neurological disorder, a legal disability, and a challenging condition that put me at a disadvantage for as long as I can remember. I’m not lazy, nor have I ever been.

This triumph is about more than my emotional wellbeing. Ortiz notes that people with narcolepsy are at a higher risk of developing not only serious medical conditions like heart disease, hypothyroidism, gastrointestinal issues, and diabetes, but also depression. He recommends those struggling with sleep seek out support from peers or a therapist.

People can go their whole lives without ever speaking to another person with narcolepsy and “it’s even worse when you’re a kid and don’t know anyone,” he stressed, which makes sharing your story and hearing others’ narratives critical. But a diagnosis is not a death sentence, either. “Do something you’re passionate about,” Ortiz says. “That helps fight your sleepiness. Don’t settle because people tell you [that] you can’t do something, but be willing to adjust your plans because it will make your life better.”

This article was originally published on Feb. 25, 2020

More like this
Can you learn a new language while you sleep?
By Tracey Anne Duncan
Studies suggest that Pfizer is no longer the cooler vaccine
By Ian Kumamoto
How to save your skin from climate change
By Melissa Pandika
Stay up to date