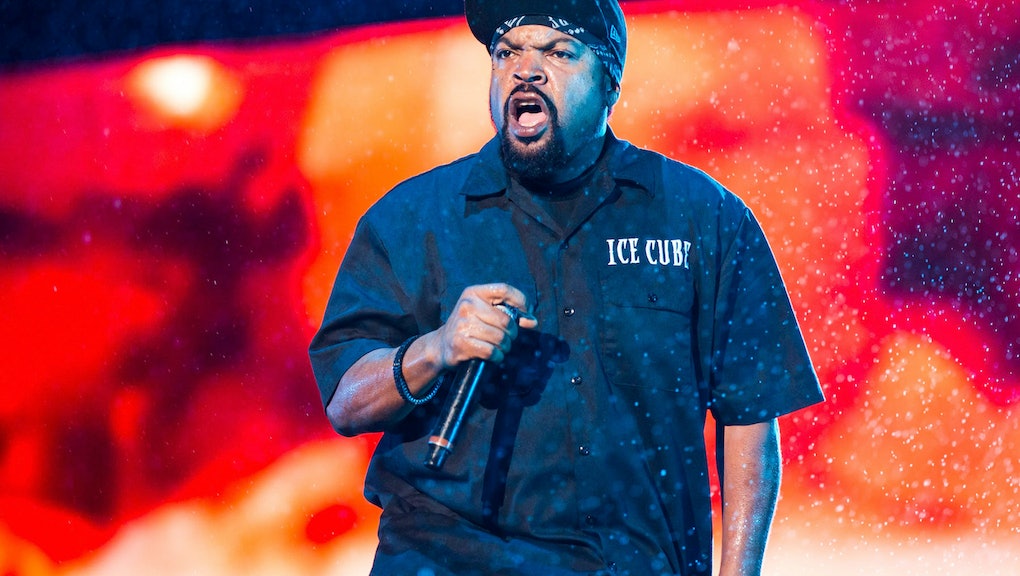 Ice Cube clarified that he's not campaigning for Donald Trump

Rapper and actor Ice Cube landed in hot water on Wednesday amid revelations he was helping the Trump campaign reach Black voters. Trump campaign senior adviser Katrina Pierson tweeted a “shoutout” to Cube, publicly thanking him for helping shape the administration’s “platinum plan,” a.k.a. its promises to Black America for the next four years. Considering Cube released a single called “Arrest The President” in 2017 aimed at Donald Trump, people were pretty shocked to learn that he had anything to do with the sitting commander-in-chief’s reelection bid.

On Thursday, Cube went on Atlanta radio station V-103 to defend working with the Trump administration, claiming his goal was to put pressure on powerful people regardless of party. "We can't be looking for a lesser evil, they all evil," Cube said. "We have to push our program and make people do what we need them to do."

Cube is referring to his own set of policies, called the Contract With Black America (CWBA), outlining an action plan to “create the ‘more perfect union’ all Americans deserve,” according to the CWBA website. The rapper tweeted on Wednesday that both Democrats and Republicans contacted him to discuss the CWBA. But while Dems deferred the conversation until after the election, the Trump administration was ready to play ball, and subsequently made adjustments to their own plan to appeal to Black Americans after reviewing the CWBA. Cube noted he intended to speak to politicians on both sides of the aisle.

It’s easy to see how Cube’s intentions could be spun by the Trump administration, to make it seem like they’re being endorsed by a former critic. But the rapper insisted his fight for racial equality in America was agnostic of party: "Every side is the Darkside for us here in America," Cube tweeted on Wednesday. "They all lie and they all cheat but we can’t afford not to negotiate with whoever is in power or our condition in this country will never change."

He also expounded on his reasons for cozying up with the Trump team during Thursday's radio interview: “Every person I know trying to get something done has talked to power so that’s nothing, that’s a part of it. I expect to talk to every damn president until we get this contract done,” Cube said.

Listen to the full V-103 interview with Cube below: