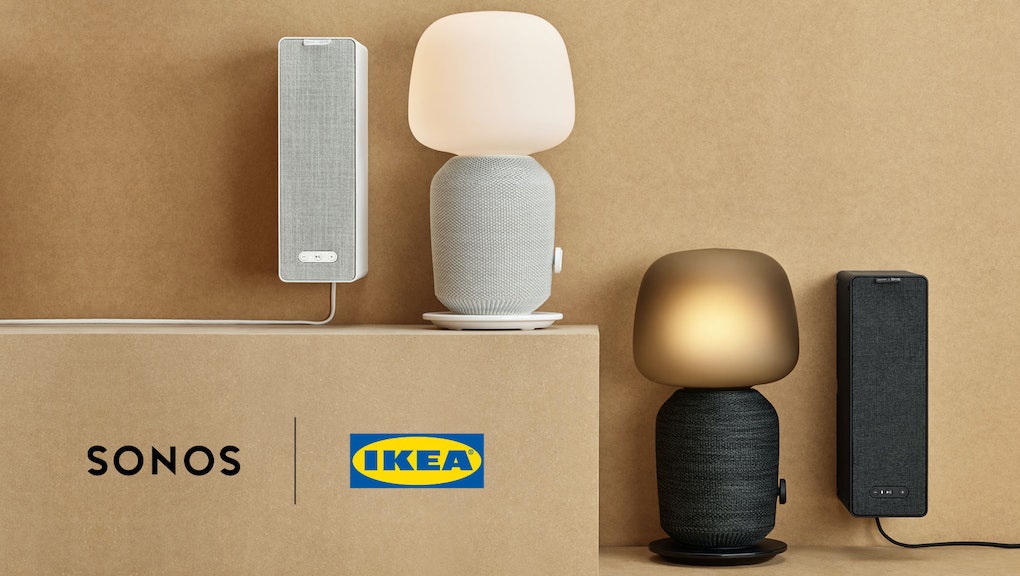 There's no need to choose between hot technology and interior decorating anymore. IKEA and Sonos have teamed up to create interior pieces that offer high-quality sound and a pleasant design at a reasonable price. The latest from the collaboration, called Symfonisk, features two types of WiFi speakers — one shaped like a simple, clean rectangle and another that doubles as a round lamp.

There are no neon-colored LED lights along the sides to make the speakers stand out. No retro or dazzling colors, either; they're either light grey or black. It probably sounds kind of plain on paper, but you have to see how the designs fit in a home to really get an idea of why they look so unassuming.

An advertisement for the Symfonisk speakers on IKEA's YouTube channel shows a family in the midst of an argument (a rather strange premise, but somehow it works) due to a conflict between a teenager and her parent. As each family member uses their smartphone to switch to a song that reflects their feelings, the speakers are featured in areas where they blend right into the environment — one stands among similarly shaped books in a bookshelf; another acts as a lamp in the background; another lies horizontally on a stand, serving as a flat surface for a lava lamp.

In true IKEA fashion, the speakers are designed to match any spot in the house without standing out too much. In true Sonos fashion, the WiFi speakers sound great and can be easily set up through your smartphone.

So far, quite a few tech reviewers have praised the collaboration between IKEA and Sonos. Gizmodo enjoyed how the rectangle, bookshelf speaker ($99) is less expensive than the cheapest Sonos speaker ($149.99). The Verge described the lamp speaker ($179) as a "a lamp with a Play:1 inside," adding that "[t]he table lamp can definitely fill a living room or bedroom with sound, and it’s capable of getting plenty loud."

Engadget noted that multiple speakers can be paired and used to create a fuller sound for the room. The Symfonisk speakers are compatible with other Sonos speakers as well, and Engadget's reviewer recommended these as a worthy addition to an existing sound system. TechCrunch also found no problems with connectivity, which is important for those who want to go totally wireless with the speakers. The author enjoyed testing the devices, calling them "practical, smart decor that’s also great audio equipment."

The downside that a few tech reviewers noticed was the lack of built-in microphones. This means that the speakers cannot be directly controlled using Alexa or Google Assistant. You will need an Amazon Echo or Google Home to act as an intermediary. And, although it does not come with a bulb, the lamp speaker is compatible with IKEA and other smart lightbulbs on the market.

This is just the beginning for IKEA and Sonos. According to The Verge, the two companies are already planning for the next pieces in the Symfonisk lineup. The Symfonisk speakers will be available in IKEA stores and its website in August.