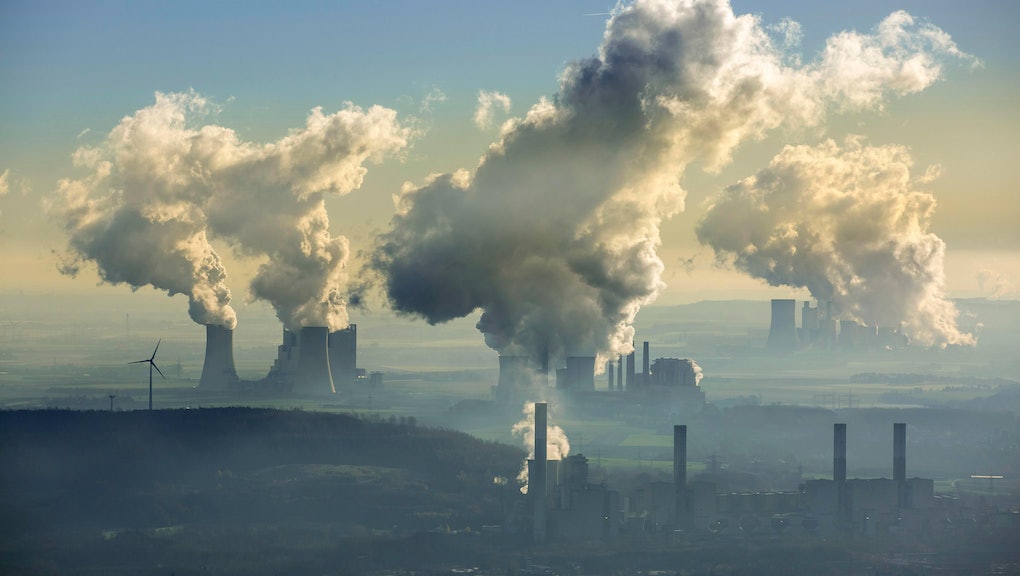 The quickest way to reduce greenhouse gases is by hitting governments where it hurts: their wallets. A study by the International Monetary Fund (IMF) found that adding a global carbon tax by 2030 could prevent the Earth's temperature from increasing by more than 2 degrees Celsius. But there's a catch: A carbon tax could greatly bump up the energy costs for regular citizens. The solution? Send the profits earned from the tax back to the people.

The IMF is an organization made up of 198 countries all around the world. Together, they encourage cooperation to help the international community achieve financial stability and growth. One of the IMF's concerns has been climate change's impact on the economy; recent studies have shown that global warming can change the environment to the point that it can affect things like food sources and jobs, which in turn can harm local economies.

While other groups have suggested more gentle ways to reduce greenhouse gas emissions, the IMF has opted for a more cutthroat approach. The organization proposes adding a global carbon tax of $75 per ton — an enormous leap compared to the current tax rate of $2 per ton. As explained by The Washington Post, the IMF believes this is the most "urgent and most efficient way of fighting climate change."

They're probably not too far off the mark. Putting a high tax on burning fossil fuels like coal for energy will probably make plenty of people change their minds about using it. It'd cost way too much to be worth it. But with that high tax comes a high price: The added cost could throw a lot of people, particularly those in low-income households, into a financial emergency.

To combat that — and prevent the tax from "disproportionately targeting the poor" — the IMF report recommends equally redistributing the profits made from the tax to the people. It could incentivize countries like China, India, and South Africa to reduce their carbon emissions by nearly half while earning revenue in return. That revenue can potentially be higher in some countries than others, especially in a developing nation that could create more jobs by switching to sustainable energy.

Interestingly, The Washington Post noted that critics have said the proposed tax actually isn't high enough. Experts who weren't part of the IMF study expected the tax to be at least $100 per ton. Another economist suggested a tax as high as $300 per ton. Why the extreme measures? Because they want nations to take the matter seriously and a high tax would be the most efficient way to show how the world is still using too many fossil fuels. Some researchers said that the carbon tax could be flexible; it could start high, then gradually lower as nations let go of their dependence on fossil fuels.

However, the IMF seems to be targeting what other countries would be willing to work with. Considering the current tax of $2, a jump to $75 might be just enough to spur nations into action. And, considering how vulnerable communities could be harmed by the tax increase, the IMF appears to be playing it safe and placing an emphasis on returning revenue to the people to smooth out inequalities in energy costs.

Although the study's findings are reasonable to experts, the IMF is not a governing body and can only offer it as advice to the international community. With sustainable energy sources becoming cheaper and climate change protests gaining more visibility, more and more research groups have become emboldened to call for government action. The IMF has followed suit by addressing an economic solution to the problem with this carbon tax study. But whether world leaders will actually listen to experts and their citizens is still a question that no scientist can truly answer.